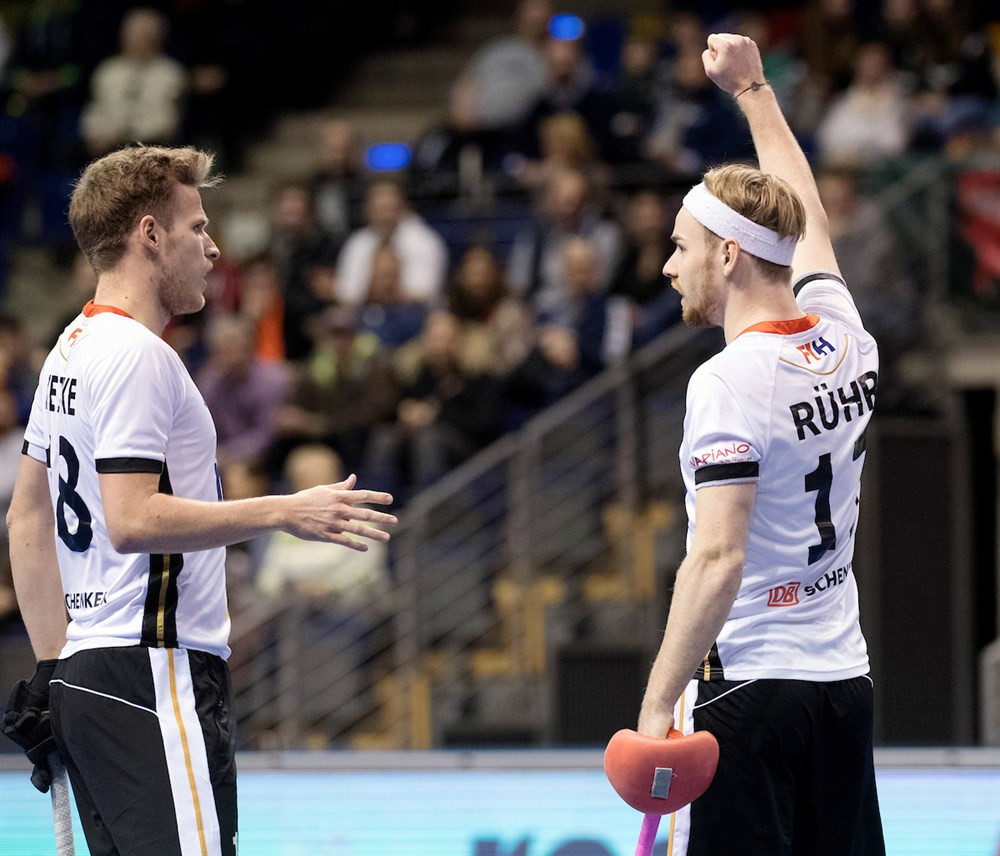 The hosts trashed tournament debutants Kazakhstan by a 15-0 scoreline in the opening match of the tournament in Berlin.

Christopher Rühr was the star of the show with four goals for his team.

Elsewhere in Pool A, Czech Republic beat Trinidad and Tobago, the only team from the Americas taking part in the competition, 7-2, whilst Australia defeated three-time silver medallists Poland 5-3.

Poland managed to recover in the second round of today's Pool A matches with an 11-5 win over Trinidad and Tobago before Czech Republic secured their second win with a 9-3 victory against Kazakhstan.

Germany then beat Australia 7-1 to claim their second three points of the day.

In Pool B, Austria, who claimed silver at the last World Cup in Leipzig in 2015, defeated debutant side Belgium 7-2.

Iran, the only Asian representative at the tournament, beat Switzerland 5-1 whilst Africa's sole participant South Africa lost 5-0 to Russia.

The second round of Pool B games saw a couple of upsets with Switzerland beating Russia 3-1 and Belgium registering a 3-3 draw with Iran.

Pool A of the women's tournament saw defending champions The Netherlands beat debutants Switzerland 5-2 whilst Poland came out on top in their match against Kazakhstan by a 4-1 scoreline.

Belarus beat the United States by the same scoreline.

The later matches in Pool A saw Poland and the US draw 1-1, Belarus beat Switzerland 5-1 whilst The Netherlands inflicted a 7-0 defeat on Kazakhstan.

Hosts Germany also secured a comfortable win in the women's event by defeating Russia 8-1 in Pool B.

The Czech Republic, bronze medallists at the 2016 World Cup, beat Namibia 6-2 after Ukraine edged past Australia 4-3.

The second round of women's Pool B matches saw Australia beat Czech Republic 2-1 and Ukraine inflict a 6-4 defeat on neighbours Russia, whilst Germany secured another big win, this time beating Namibia 12-0.