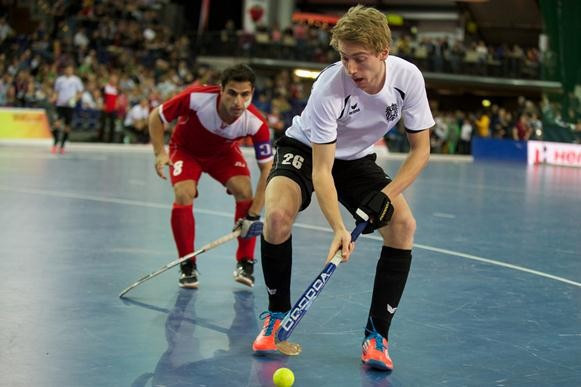 Germany will be the men's favourites at the Indoor Hockey World Cup, which begins in Berlin tomorrow.

The host nation won the first three editions of the tournament before losing their crown to The Netherlands on home soil in Leipzig in 2015.

With the Dutch unable to defend their title in Berlin after failing to qualify, it leaves the world number one ranked Germans in pole position.

They will play in Pool A at the Max-Schmeling-Halle alongside three-times runners-up Poland, Czech Republic, Australia, Kazakhstan and Trinidad and Tobago.

Tobias Hauke, Mats Grambusch, Martin Häner and Christopher Rühr will be among the top names in the German line-up whose first task will be earning a top four spot and qualifying for the quarter-finals.

In the women's tournament, The Netherlands are again the defending champions but unlike the men they will be back to defend the crown.

The two-time winners and world number one outfit will play in Pool A with Poland, Belarus, Kazakhstan, Switzerland and the United States.

Hosts Germany, who are also two-time winners and came second to the Dutch in Leipzig, will play in Pool B.

The International Hockey Federation tournament will run through to February 11.