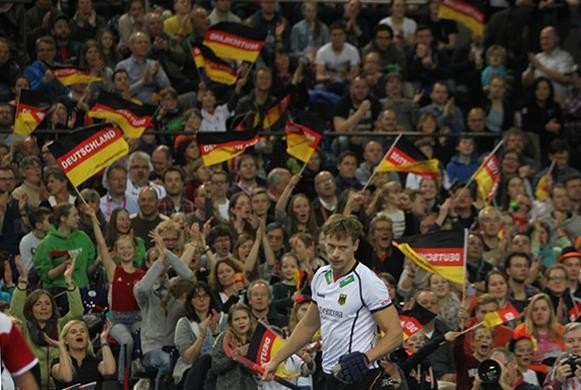 The International Hockey Federation (FIH) has chosen Berlin as the host city of the 2018 Indoor World Cup.

The event will feature the top 12 men’s and women’s national indoor teams, with the 24 squads due to compete from February 7 to 11 next year.

Germany has held the Indoor World Cup on two previous occasions, with Leipzig staging the event in 2003 and 2015.

Competition in the capital city will take place in the 7,500 seat Max-Schmeling-Halle, with FIH President Narinder Batra confident the venue will deliver an excellent event.

"We are delighted to confirm Germany as host of the fifth edition of the Hockey Indoor World Cup," he said.

"Germany is considered a traditional hockey nation which has earned great success over the years.

"However, their passion for indoor hockey is renowned which proved key in the decision making process.

"We are confident that the Deutscher Hockey-Bund (DHB) and the city of Berlin will deliver a big, bold, packed and loud event in-line with our 10-year Hockey Revolution strategy.

"We look forward to working with all of our partners over the coming months as we aim to make the 2018 Hockey Indoor World Cup a memorable event for all involved."

Both the men’s and women’s tournaments will feature the host nation, along with the winners of five continental qualifiers.

In the event Germany win the continental title, the second place European nation would progress to the tournament.

The remaining six teams will then qualify via their respective Continental indoor tournaments, based upon ranking and in consideration of their continent's performance at the previous Hockey Indoor World Cup.

Both titles at the 2015 tournament were won by The Netherlands, with their women’s team overcoming Austria in the final.

Their men's side beat hosts Germany.

"When the FIH contacted us and asked if we were interested in hosting the event, our Executive Committee acknowledged that indoor hockey is a discipline traditionally associated with our nation therefore a major event like this, with such a powerful radiance, fits perfectly," said Wolfgang Hillmann, the German Hockey Federation President.

"Berlin is Germany’s sporting capital and a stronghold of hockey with more than 30 hockey clubs, all of whom have athletes who have earned remarkable success both on the national and international stage.

"Additionally, we are well prepared to host such an event since Berlin has already been the venue for the German Indoor and Outdoor Championships multiple times."