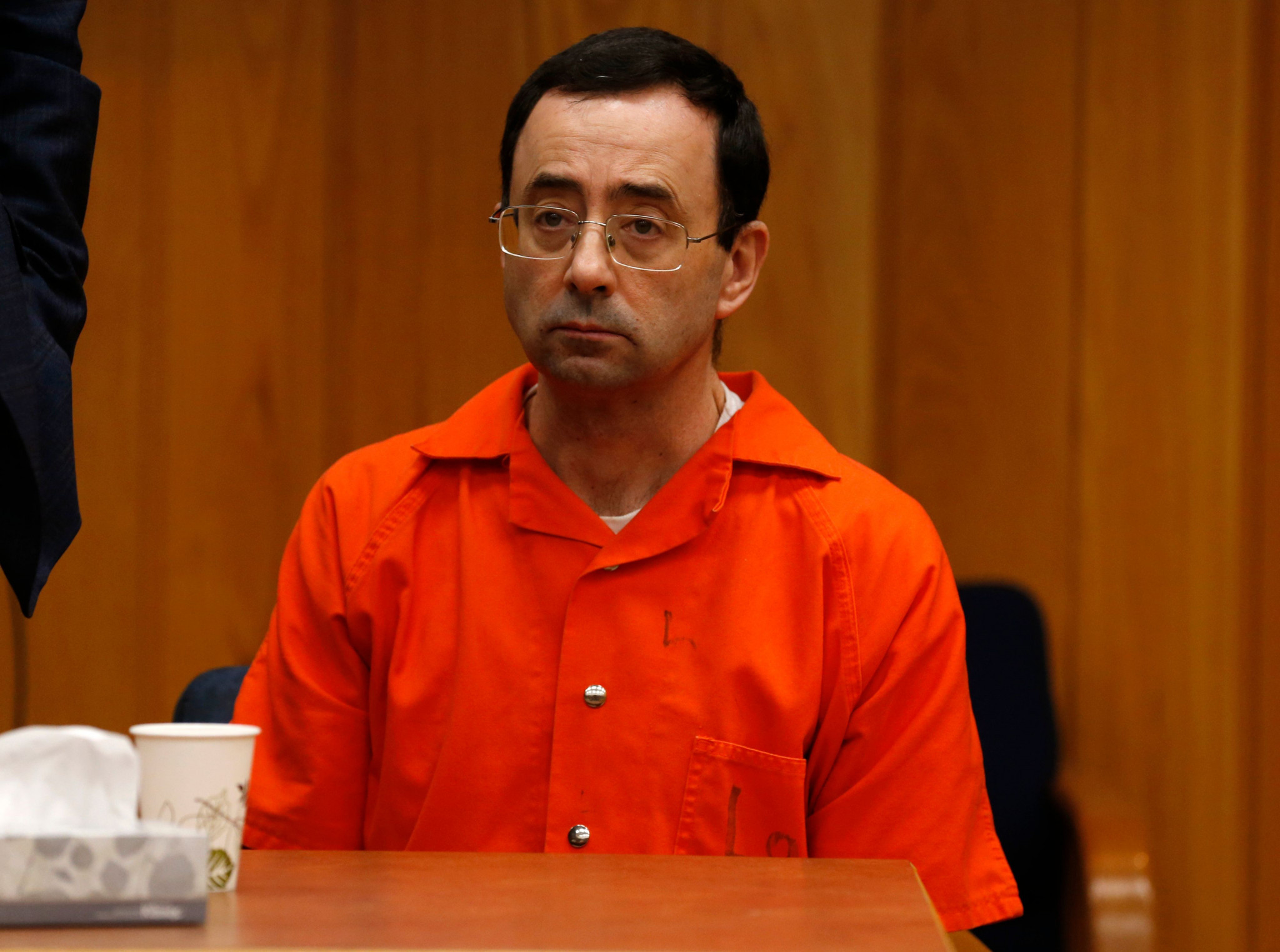 USA Gymnastics has confirmed it has received resignations from all members of its Board of Directors following the Larry Nassar sexual abuse scandal.

The United States Olympic Committee (USOC) had demanded that all members of the Board quit and had threatened to decertify the organisation if it did not happen.

It comes after Nassar, the former USA Gymnastics team doctor, was jailed for 40 to 175 years last month on seven counts of criminal sexual abuse against athletes including a host of Olympic champions and medallists.

The number of women and girls he abused is now thought to be 265, according to judge Janice Cunningham.

Another 65 victims will confront him this week at his third and final sentencing hearing in Charlotte in Michigan.

"USA Gymnastics has received resignations from all of the members of its Board of Directors, as required by the United States Olympic Committee," a statement said.

"USA Gymnastics thanks the Board members for their service.

"We are grateful for the time and effort each has devoted to USA Gymnastics.

"We are in the process of moving forward with forming an interim Board of Directors during the month of February, in accordance with the USOC's requirements.

"USA Gymnastics will provide information about this process within the next few days.

"USA Gymnastics embraces not only the changes necessary as called for by the USOC and the Deborah Daniels report, but we also will hold the organisation to the highest standards of care and safety in further developing a culture of empowerment for our athletes and members."

An independent investigation into how Nassar was allowed to abuse athletes without being detected will be an "unencumbered review of everyone associated to USA Gymnastics and the United States Olympic Committee", it has been promised.

The investigation has been established amid mounting criticism of both USA Gymnastics and the USOC for their failure to investigate claims of abuse.

An independent lead investigator will soon be appointed.

USA Gymnastics President and chief executive Kerry Perry, the replacement for Steve Penny, who resigned in March amid pressure from the USOC, has already pledged to cooperate with the investigation.

A total of 156 girls and women testified to being abused by Nassar at a sentencing hearing in Michigan, which concluded last week.