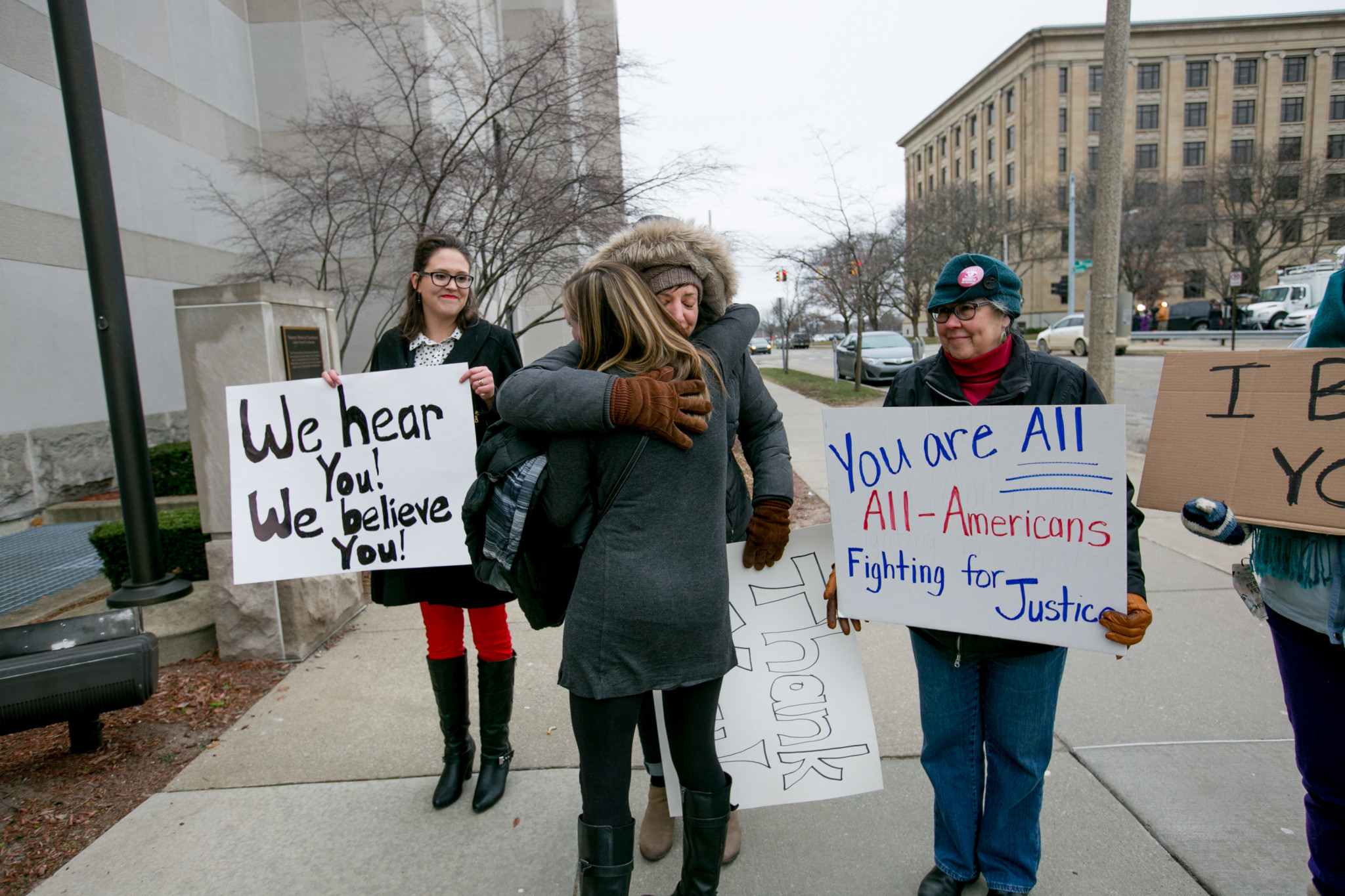 USA Gymnastics has confirmed its entire Board will resign following a demand from the United States Olympic Committee (USOC) that they do so by Wednesday (January 31) to avoid being decertified as the national governing body.

The USOC had threatened to dercertify the under-fire organisation if they failed to comply with a series of criteria, outlined in a letter sent to USA Gymnastics by chief executive Scott Blackmun.

It included the resignation of all of the remaining 18 Board members.

In a statement, released in response to the letter, USA Gymnastics said they "s supports the United States Olympic Committee's letter and accepts the absolute need of the Olympic family to promote a safe environment for all of our athletes".

"We agree with the USOC's statement that the interests of our athletes and clubs, and their sport, may be better served by moving forward with meaningful change within our organisation, rather than decertification," the statement added.

The letter was released after Larry Nassar, the former USA Gymnastics team doctor, was jailed for 40 to 175 years earlier this week on seven counts of criminal sexual abuse against athletes including a host of Olympic champions and medallists.

Blackmun made the demands amid mounting criticism of both USA Gymnastics and the USOC for their failure to investigate claims of abuse.

Three-time Olympic champion Aly Raisman, one of the 156 girls and women to testify to being abused by Nassar, said USA Gymnastics was a governing body that was "rotting from the inside".

Blackmun said a "categorically fresh start at the board level" was required at USA Gymnastics and that an interim board should be put in place by February 28.

Michael Burns, the head men’s gymnastics coach at the University of Minnesota, became the latest to step down from the voluntary Board yesterday.

USA Gymnastics must also cooperate fully with an independent investigation, launched "to examine how an abuse of this proportion could have gone undetected for so long".

Other criteria includes the complete implementation of recommendations made in an independent review of the organisation's methods, commissioned by USA Gymnastics and conducted by Deborah Daniels, a former federal prosecutor who spent a significant portion of her career prosecuting child sexual offenders.