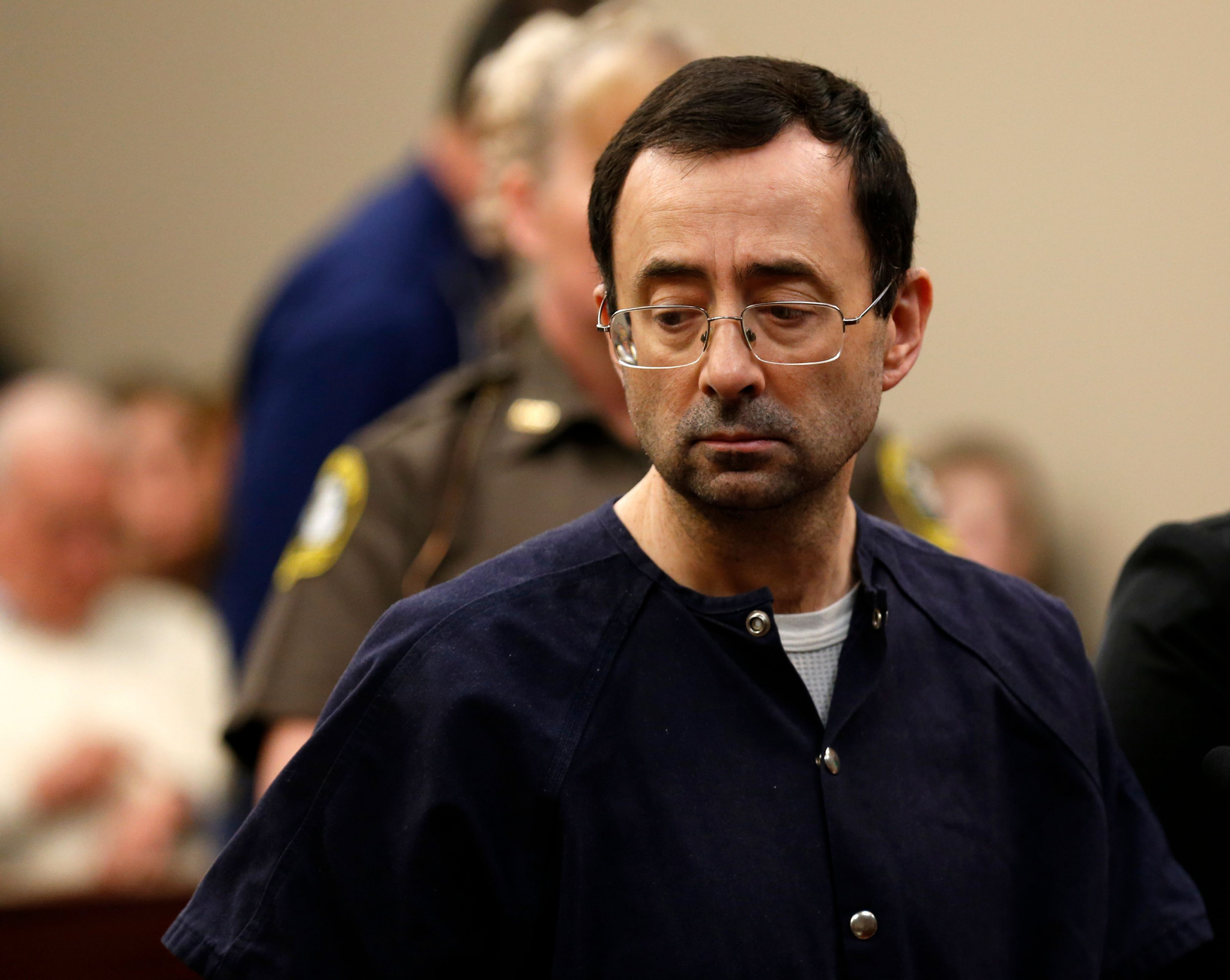 Disgraced former doctor of the United States Olympic gymnastics team Larry Nassar will appear at his third and final trial this week.

The trial, due to take place in Michigan, will see 57 more victims confront Nassar in court after 156 delivered statements in his last trial, in which he was sentenced to 60 years in prison for possession of child pornography and an additional 40 to 175 years for 10 counts of first-degree sexual conduct.

It has also been reported that Texas Rangers are investigating incidents that took place at Karolyi Ranch, the training ground of USA Gymnastics, after several gymnasts revealed Nassar had abused them at the site.

Four-time Olympic gold medallist Simone Biles recently claimed she dreaded the idea of having to return to the site for training.

"It is impossibly difficult to relive these experiences and it breaks my heart even more to think that as I work towards my dream of competing in Tokyo 2020, I will have to continually return to the same training facility where I was abused," the 20-year-old said in a statement.

"Those athletes, as well as all Texans, deserve to know that no stone is left unturned to ensure that the allegations are thoroughly vetted and the perpetrators and enablers of any such misconduct are brought to justice," he said.

"The people of Texas demand, and the victims deserve, nothing less."