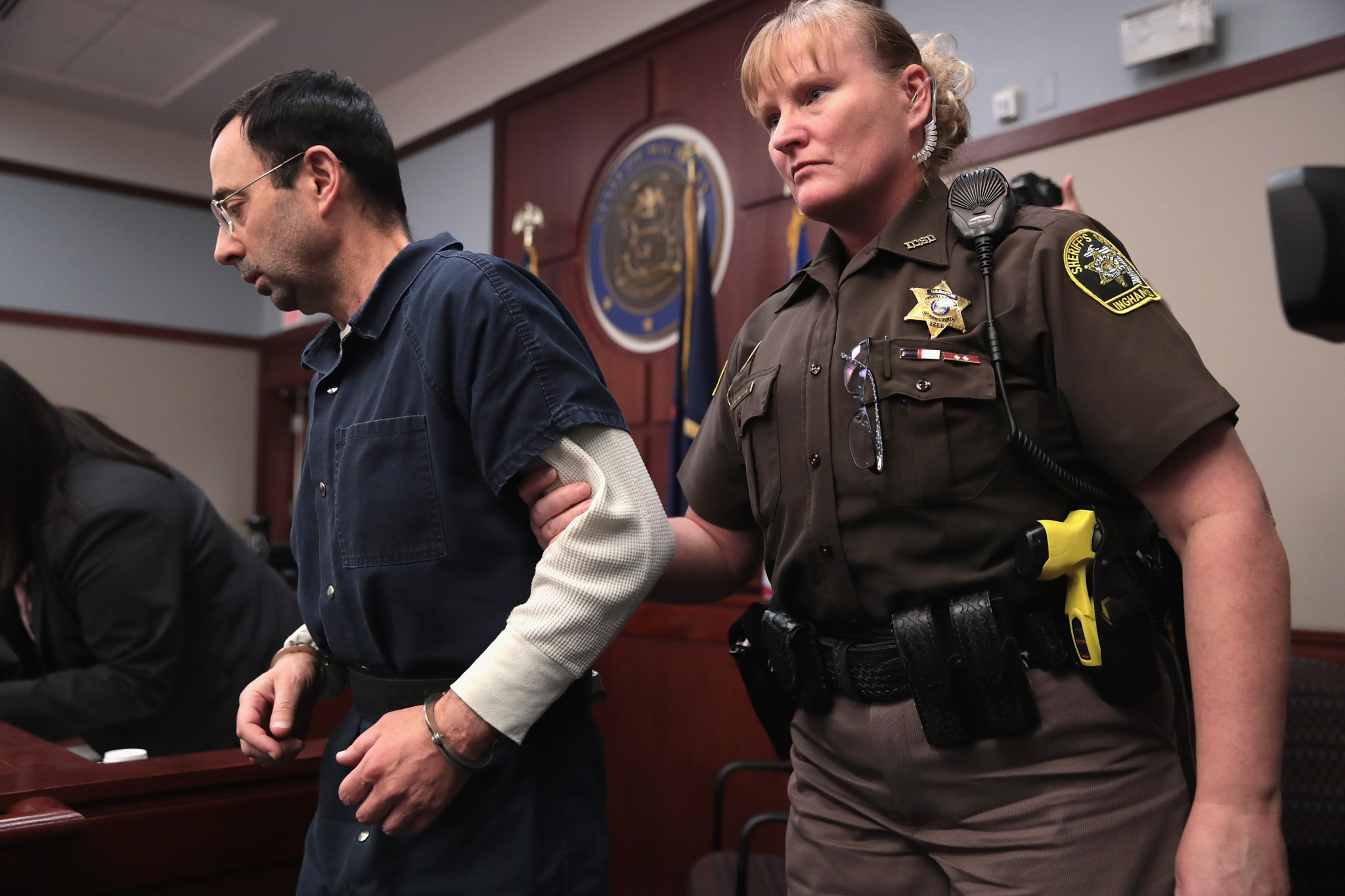 Addressing the court, Raisman, a six-time Olympic medallist, including three gold, who spoke to FBI investigators after the 2016 Olympic Games in Rio de Janeiro, said: "Adult after adult protected you.

"How do you sleep at night?

"You are the person they had ‘take the lead on athlete care.’

"I cringe to think your influence remains in the policies they [USA Gymnastics] claim will make athletes safe.

"I will not rest until every last trace of the influence you had on this sport has been destroyed like the cancer it is."

Wieber, who saw Nassar between the ages of eight and 18, added: "Even though I’m a victim, I do not and will not live my life as one.

"I’m an Olympian despite being abused.

“I worked hard and managed to achieve my goal.

"But I want everyone especially the media to know that despite my athletic achievements I am one of over 140 women and survivors whose story is important.

"The US Olympic Committee is accountable.

"My teammates and friends have been through enough, and now it’s time for change.

"The current gymnasts should not have to live in anxiety and fear as I did."

Alongside the Olympic case, Nassar faces a minimum sentence of 25 to 40 years in Federal prison after admitting to molesting girls at Michigan State University and his home under the guise of medical treatment.

School President Lou Anna Simon has faced calls to resign after being labelled an "enabler" by an independent student newspaper.

Later in the day, the disgraced doctor, who worked on the USA Gymnastics programme for nearly 30 years, broke down in tears as Trenea Gonzcar, who claimed to have known him for more than 30 years, delivered her testimony.

"I hope you feel bad for what you’ve done.

"I hope...every day these girls can feel less pain.

"But this is goodbye to you, Larry."

The conclusion of the hearing has been delayed until Monday (January 22) or Tuesday (January 23) as judge Rosemarie Aquilina is keen to hear statements from a further 40 people.

In all, 89 victims have given statements so far.