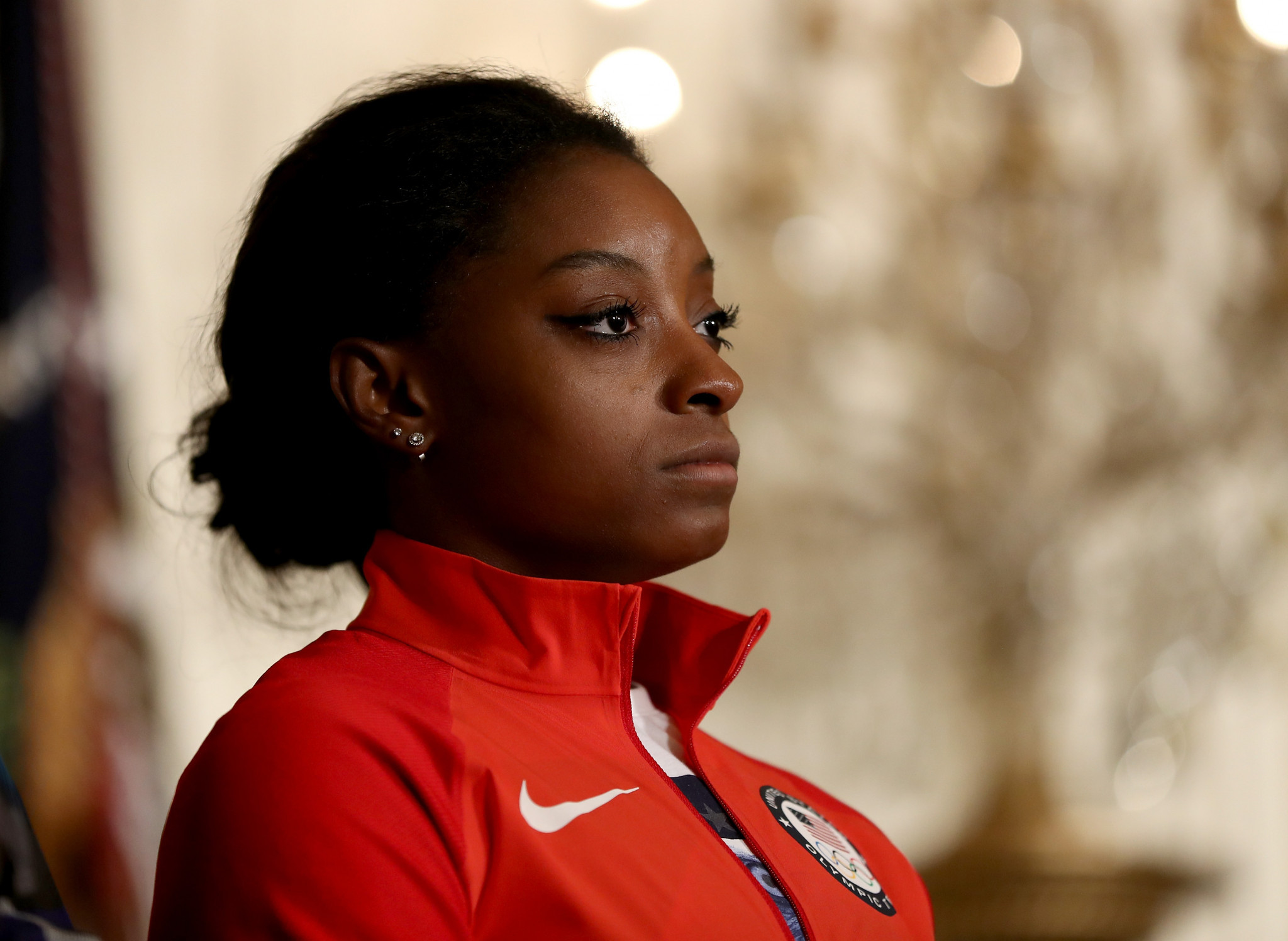 In a statement, the 20-year-old multiple world champion said she was one of "many survivors" of sexual abuse by Nassar, jailed for 60 years in December.

Biles joins fellow Olympic gold medallist Gabby Douglas, Aly Raisman and McKayla Maroney among those to have stepped forward to speak out against Nassar.

"Most of you know me as a happy, giggly and energetic girl," Biles wrote.

"But lately I've felt broken and the more I try to shut off the voice in my head the louder it screams.

"I am not afraid to tell my story any more.

"I too am one of the many survivors that was sexually abused by Larry Nassar.

"Please believe me when I say it was a lot harder to first speak those words out loud than it is now to put them on paper.

"There are many reasons I have been reluctant to share my story, but now I know it is not my fault."

Nassar was imprisoned for 60 years in December for three counts relating to having child sex abuse images on his computer.

The sentencing hearing of the 54-year-old is due to begin in Michiagan today, where victims will be given the chance to speak in open court.

Biles, who won the vault, floor, all-around and team gold medals at the 2016 Olympics in Rio de Janeiro, says she will not let Nassar "steal my love and joy".

She followed many of Nassar's victims in criticising USA Gymnastics for not responding quicker, insisting she "will not and should not carry the guilt" that belongs to the former team doctor and the national governing body.

"It is impossibly difficult to relive these experiences and it breaks my heart even more to think that as I work towards my dream of competing in Tokyo 2020, I will have to continually return to the same training facility where I was abused," Biles added.

"I am unique, smart, talented, motivated and passionate.

"I have promised myself that my story will be much greater than this and I promise all of you that I will never give up.

"I love this sport too much and I have never been a quitter.

"I won't let one man, and the others that enabled him, to steal my love and joy."

USA Gymnastics said in a statement they were "heartbroken, sorry and angry that Simone Biles or any of our athletes have been harmed by the horrific acts of Larry Nassar".

"USA Gymnastics' support is unwavering for Simone and all athletes who courageously came forward to share their experiences," the statement added.