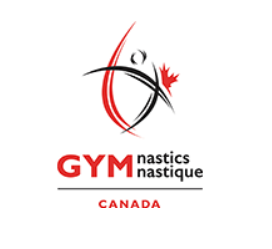 Gymnastics Canada has said it is "shocked and deeply troubled" by news that women's national team director Dave Brubaker has been charged with multiple sex offences.

The statement added that Brubaker appeared in court yesterday and was released on bail with a court date set for February 2018.

"Our first priority within Gymnastics Canada is always the safety of our athletes," Richard Crépin, chair of the Board of Directors for Gymnastics Canada, said in response to the charges against Brubaker.

"Sport should be a safe place for everyone, and we’re working hard to ensure that we have the policies and procedures, as well as the education and resources in place, to ensure the safety of all of our participants."

Brubaker is now on administrative leave from Gymnastics Canada pending the outcome of the investigation.

The police have imposed a court ban on the release of any further details about the alleged offences.

Brubaker was Canada’s head gymnastics coach at the Rio 2016 Olympic Games, where Rosie MacLennan won the country’s solitary medal in the sport with women’s trampoline gold.

He also served as the women’s national team director at this year’s World Artistic Gymnastics Championships, which saw Ellie Black claim the women's all-around silver medal in front of a home crowd in Montreal.

The news regarding Brubaker comes at a time when USA Gymnastics is at the centre of a sexual abuse scandal involving former doctor Larry Nassar.

It was confirmed earlier this week that the national governing body has made official amendments to its bylaws in a bid to improve the safety and governance of the sport.

This came as a second coach was banned by USA Gymnastics over sexual misconduct allegations.

The latest case involves Todd Gardiner, a 61-year-old former coach for the Illinois Gymnastics Institute, who has been ruled permanently ineligible to coach after The New York Post reported how he had a sexual relationship with an unnamed athlete.

Kerry Perry became USA Gymnastics President and chief executive earlier this year after predecessor Steve Penny resigned amid claims they did not fully report allegations of sexual misconduct made by female team members.

Several former members of the American women's team, including Olympic gold medallists Aly Raisman, McKayla Maroney and Gabby Douglas, made allegations of sexual abuse against Nassar, who was sentenced to 60 years in jail for three counts relating to child sex abuse images on his computer.

The controversy led to an independent review of the organisation's methods, commissioned by USA Gymnastics and conducted by Deborah Daniels, a former Federal prosecutor who spent a significant portion of her career prosecuting child sexual offenders.

USA Gymnastics approved a new Safe Sport Policy as a result of the recommendations made by the review.

This will monitor safe-sport complaints, investigations and resolutions.