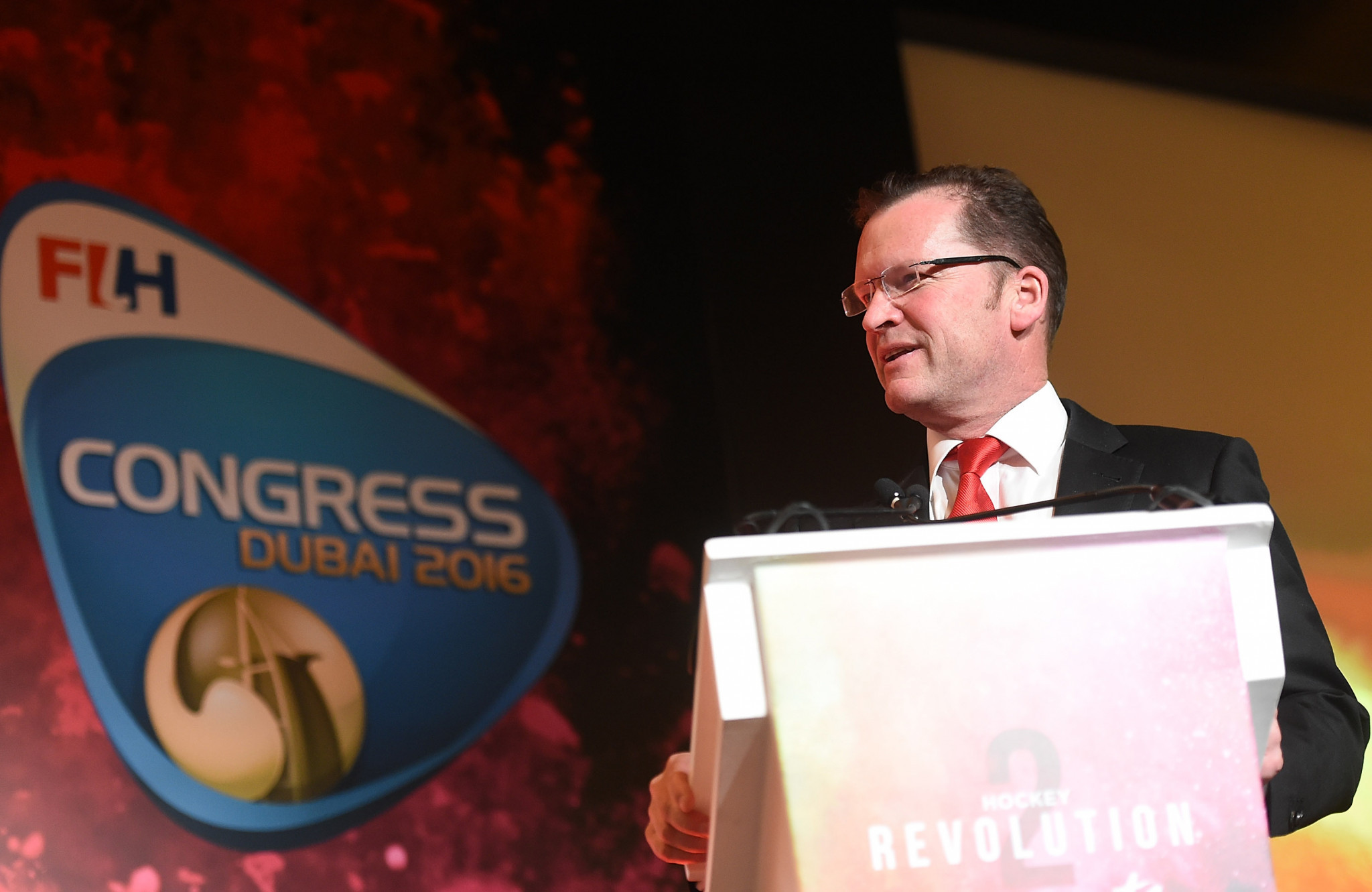 Jason McCracken has resigned as chief executive of the International Hockey Federation (FIH) for personal reasons, the sport's worldwide governing body has confirmed.

The New Zealander, appointed in October 2016, will remain in the role until the end of his notice period in June.

The shock resignation was accepted by the FIH Executive Board, the organisation said in a statement sent to insidethegames.

It has been claimed McCracken, a businessman who was the the technical delegate for the men’s hockey tournament at the Olympic Games in Rio de Janeiro, quit as a result of being unable to secure a title sponsor for the new Hockey Pro League.

The league is due to feature nine men's and women's teams and is scheduled to launch in 2019.

It replaces the Champions Trophy and Hockey World League Semi-Final and Final events as part of an FIH overhaul of their competition portfolio.

The withdrawal of India, one of the main hockey nations whose television rights generate a substantial amount of money for the FIH, is thought to be one of the reasons behind the failure to find a title sponsor.

"The FIH Executive Board has accepted the resignation of FIH chief executive Jason McCracken, who is leaving his role due to personal reasons," a statement from the FIH read.

"Jason will continue to lead the organisation through to the end of his six-month notice period in June to ensure the smooth transition of leadership to the new chief executive.

"He will then return to his family in New Zealand where he will continue to support the sport he has served most of his life."

The announcement comes as a blow to the FIH as McCracken had been tasked with continuing the governing body's 10-year Hockey Revolution strategy, initiated in response to fears regarding the sport's place on the Olympic programme.

It also follows FIH President Narinder Batra's election as head of the Indian Olympic Association, which has led to concerns over how the Indian official will juggle the responsibility of running the two organisations.

The New Zealander was tasked with overseeing the day-to-day operations at the FIH, with Batra, elected President in November 2016, seen as the figurehead.