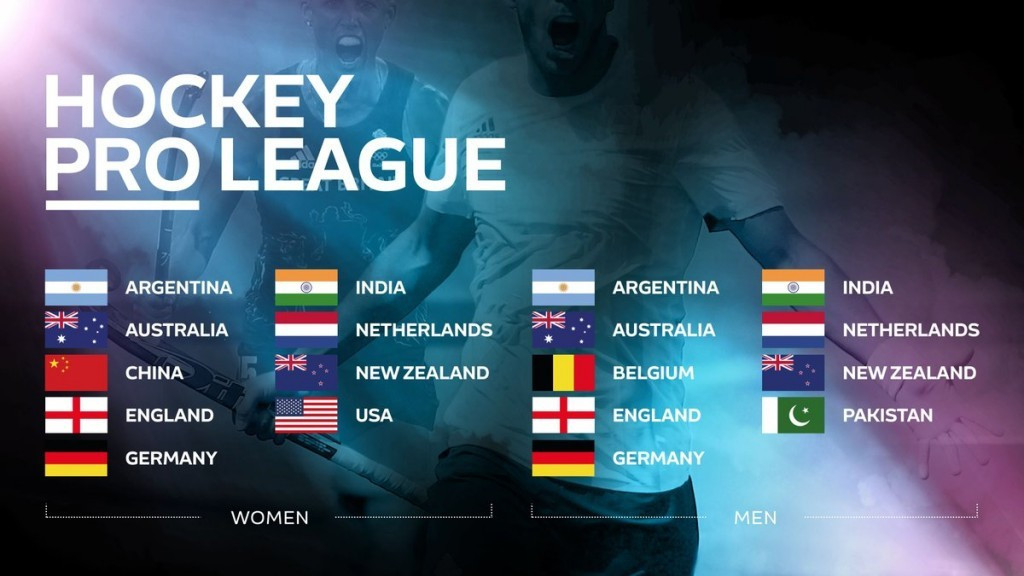 India have withdrawn from the flagship new International Hockey Federation (FIH) Pro League after previously committing to participate in the competition.

Hockey India have denied, though, that the decision is linked to a move to file a complaint to the FIH of match-fixing against Pakistan after a 7-1 victory over their bitter rivals at the World Hockey League Semi-Final last month in London.

Hockey India claimed they had withdrawn from the Pro League because of the the poor ranking of the women's team.

A detailed explanation has not yet been given.

According to the Hindustan Times, Indian officials believe that their women's chances of qualifying for the Tokyo Olympics in 2020 would be better served by competing in the World League.

Failing to take part in the Pro League event would, though, significantly reduce their opportunities to play the world's best sides.

The decision is also an embarrassment to Narinder Batra, the Indian President of the FIH.

It could also have a significant impact on how successfully the FIH are able to market the event as the sport remains hugely popular in the country, even though the last of their eight Olympic gold medals came at Moscow in 1980.

"The International Hockey Federation has received confirmation from Hockey India that they have withdrawn from the Hockey Pro League," the Lausanne-based world governing body said in a statement.

"Whilst we regret Hockey India’s decision not to be involved in this exciting new global League, we have replacement teams available following an application process which was oversubscribed.

"Our Event Portfolio Implementation Panel will convene a meeting to discuss the practical implications of a team withdrawal including formally inviting replacement teams to participate in the men’s and women’s League.

"The first Hockey Pro League Workshop with all participating nations invited is being held in Lausanne, Switzerland later this month."

Argentina, Australia, China, England/Great Britain, Germany, Netherlands, New Zealand and the United States have been selected to compete in the women’s event.

The global event series replaces the Champions Trophy, which will have its final edition in 2018.

Hockey India had previously been described as a "strong supporter" of the tournament by FIH chief executive Jason McCracken.

The Hindu reported that Hockey India had written to McCracken raising alleged match fixing attempts by Pakistan during the 7-1 victory on June 18.

"Everyone is aware that cases of match-fixing in cricket have taken place in England concerning Pakistan matches..." the letter reportedly said.

"Now if this plague has decided to spread its way into hockey by adopting a route of bogus criminal complaint and making teams play with less number of players or tired players...then it is a serious issue."

The match was also notable for Batra being forced to apologise afterwards for a series of abusive posts about Pakistan on Facebook.

This had followed a complaint in relation to an incident which had allegedly taken place in 2013.

"The lady who is the complainant also claims in her complaints that she is a national level hockey athlete in England, would she then not be under any kind of code of conduct for athletes in England and should England Hockey not be investigating these barrage of false complaints by a hockey athlete against a fellow hockey athlete," the letter, also sent to McCracken, said.

"Hockey India did not get involved till now taking it as a personal matter between two individuals but now our national team and the sport are being targeted."