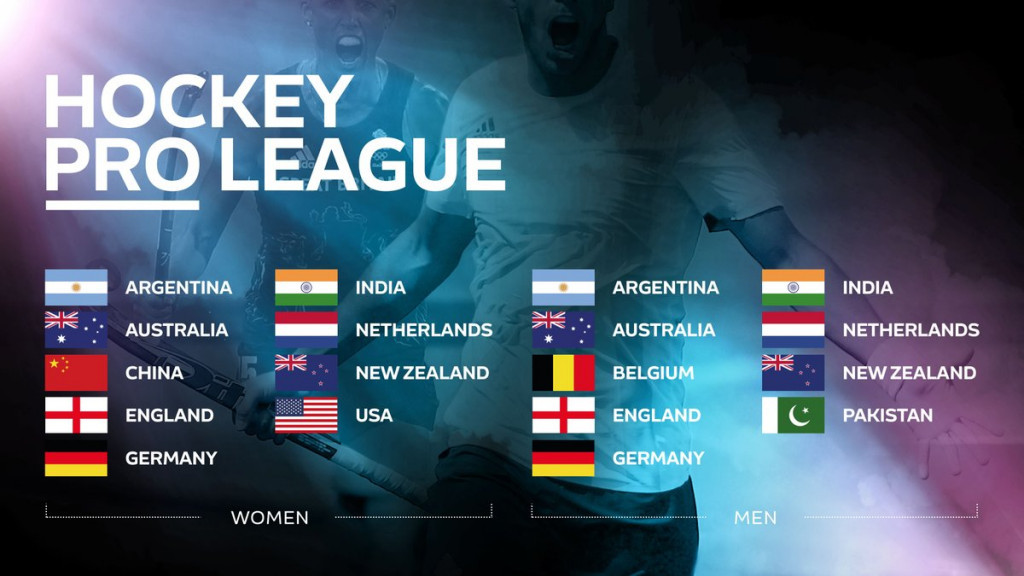 The International Hockey Federation (FIH) have officially announced the creation of the Hockey Pro League, which will feature the top nine men’s and women’s national sides.

Teams will play each other home and away every year, with fixtures taking place from January through to June.

The global event series replaces the Champions Trophy, which will have its final edition in 2018.

Argentina, Australia, China, England/Great Britain, Germany, India, Netherlands, New Zealand and the United States have been selected to compete in the women’s event by the FIH.

Belgium, Ireland, Italy, Japan and Spain were unsuccessful in their applications to take part.

The FIH have stated that Pakistan will play their home matches in Scotland as they are unable to play matches in the nation, with ongoing security concerns due to the threat of terrorism.

Ireland, Malaysia and Spain failed in their applications to join the league.

The confirmation of teams follows approval from the FIH Executive Board, with their decision being based on recommendations from the FIH Event Portfolio Implementation Panel (EPIP).

The panel were tasked with assessing each of the candidate applications against defined participation criteria.

Teams will be guaranteed to remain in the league for four years.

“We are delighted to announce the official name and teams who will participate in this game-changing new competition,” said Jason McCracken, FIH chief executive.

“Whilst World Tours and single venue International Leagues are played regularly, this is arguably the first of its kind, with national teams playing one-off matches both home and away in venues across the world over six months each year.

“The Hockey Pro League has been four years in the making and follows an excessive consultation and evaluation process.”

“We strongly believe that this new competition will fuel the growth of our sport for many years to come, significantly increasing revenues for hockey.

“As a result it will become a professional sport, making it a career choice for athletes who will be given the opportunity to perform in big, bold, packed and loud venues both in their homeland and overseas.

“It will also allow fans to engage with more world-class hockey more often, whether on TV or live at their national venue.

“We now look forward to working on delivering a truly exceptional League whilst also ensuring we raise the standard and profile of our other international competitions across all levels of the sport.”

The FIH state the name of the league was selected as it captured the entertainment-focused nature of the competition.

The use of Pro is aimed at being a highly positive and upbeat message to indicate the league will feature the very best in the sport.

"It embodies everything our 10-year strategy aims to achieve – making hockey a global game that inspires the next generation.

“Whilst only nine teams have been selected for each League, the quality of information and enthusiasm shown by those who missed out indicate that our sport is developing in an extremely positive way, which clearly shows that hockey has an exciting future ahead.”