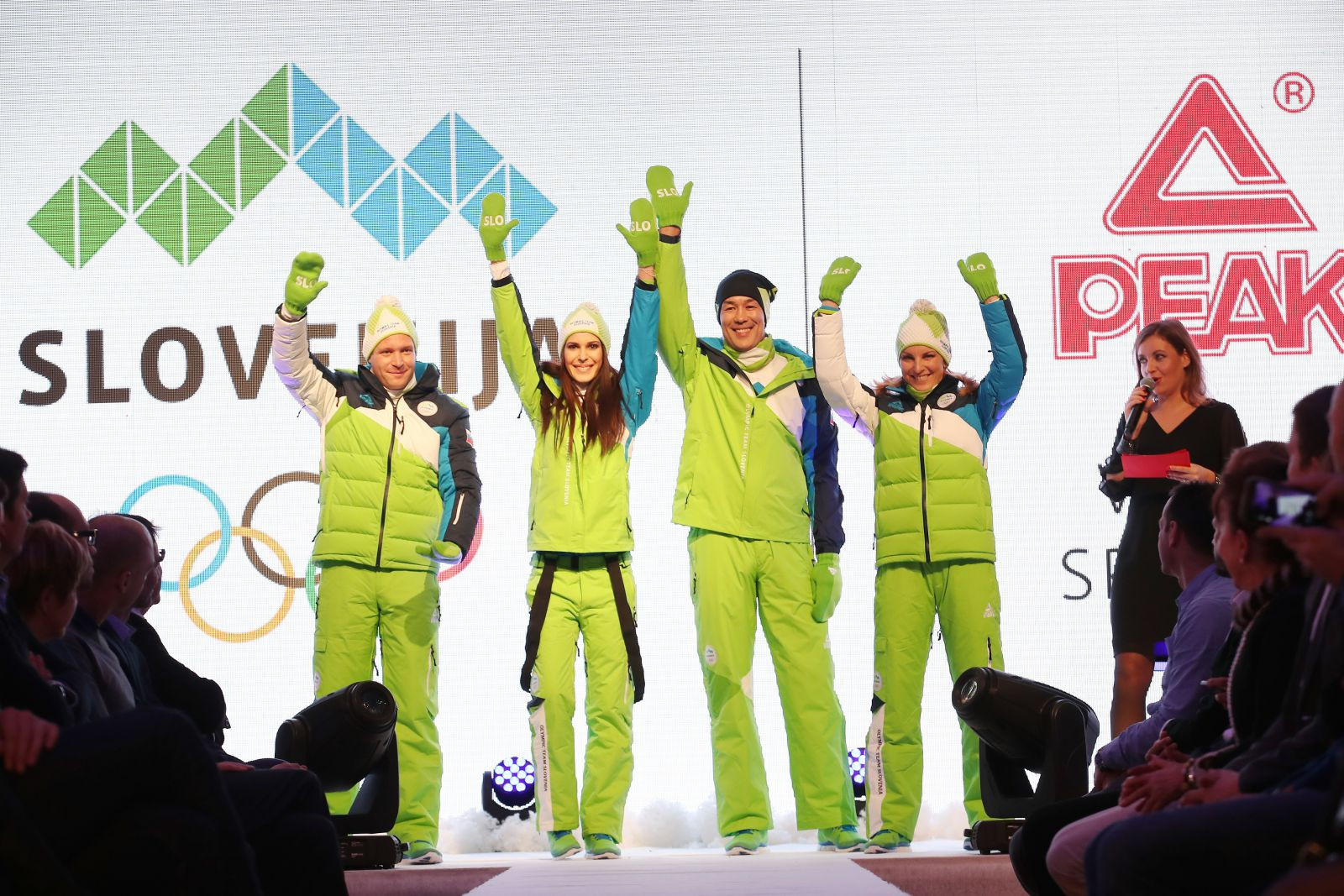 Slovenian have unveiled the uniforms they will wear at the 2018 Winter Olympics in Pyeongchang, at the Grand Hotel Union, Ljubljana.

President of the Slovenian Olympic Committee (OKS) Bogdan Gabrovec revealed that the unveiling would be a welcome surprise.

"I am looking forward to the fact that I also do not know the details of the new collection," he said.

“The one from Sochi was exceptional.

"However, I emphasise the sporting performances.

"From the viewpoint of the sports team, it is extremely important that the image is there, but also to win."

The uniforms were designed by Sandi Murovec, with green, white and blue remaining the prominent colours, following the tradition which has seen Slovenian athletes easily recognised at recent Games.

Commenting on the traditional nature of the kit, Murovec said: "Slovenia had long been looking for the right combination, but now we have found this identity, so there is no room for extravagance.

“We take care of the image of both the athlete and the fans.”

Franci Petek, former ski jumper and head of the Slovenian national team in Pyeongchang, added: "With a single Olympic uniform, the athlete can feel more confident.

“I myself come from individual sports and it is true that you have to forget about everything except for the competition, but how you look is still important.”

However, as no winter athletes were present at the event, summer athletes, including World Championship canoeist Benjamin Savšek and Olympic triathlete Mateja Šimic, were required to model new uniforms.

The OKS also presented the kit to be worn by the ice hockey team in Pyeongchang, which was modelled by former Slovenian international player Tomaž Razingar and Savšek.

The 2018 Pyeongchang Winter Olympics will take place from February 9 to 25.