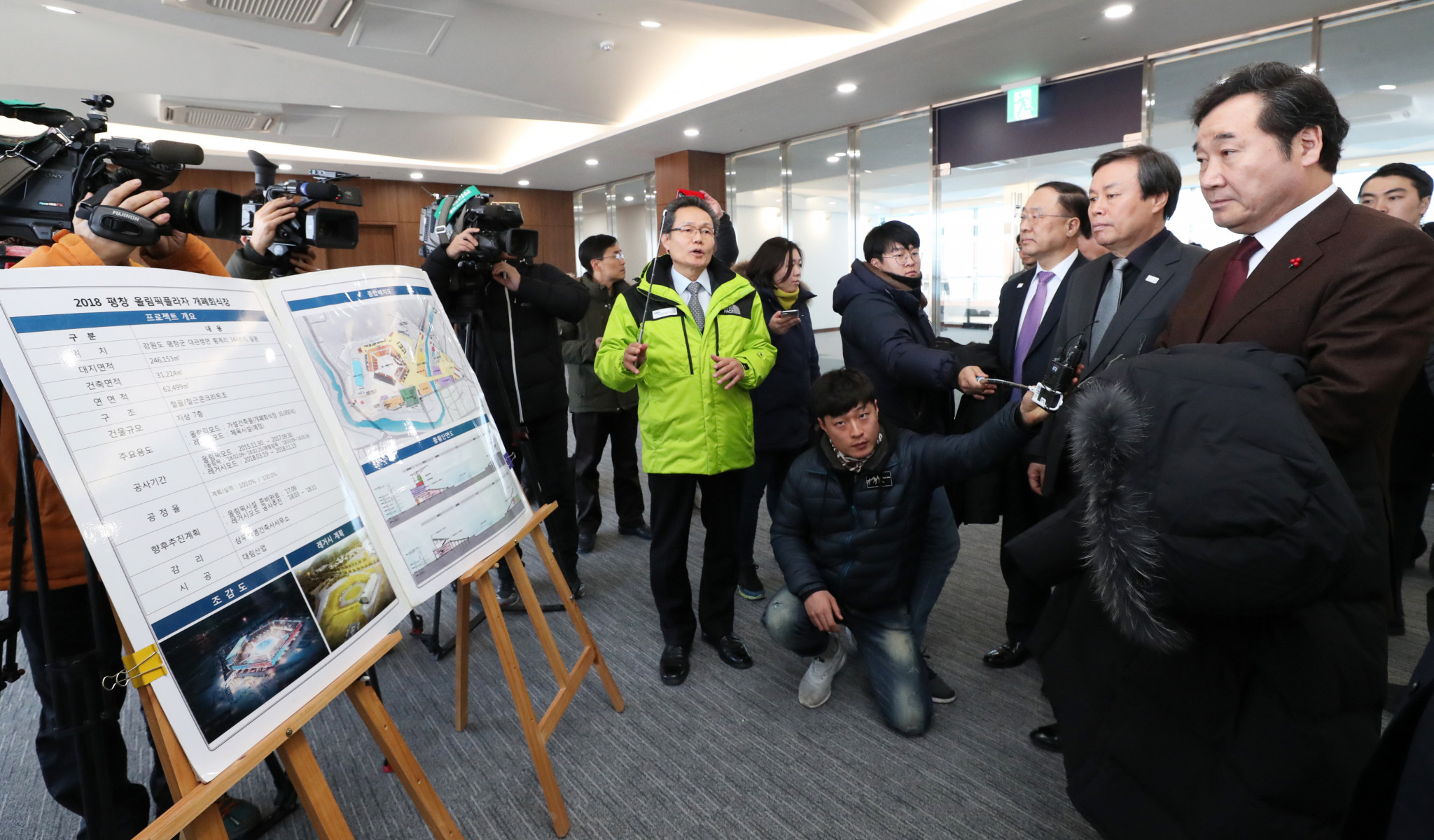 South Korea's Prime Minister Lee Nak-yeon has called for an iconic Opening Ceremony during an inspection of the venues for next year's Winter Olympic and Paralympic Games in Pyeongchang.

Lee, who toured facilities alongside Pyeongchag 2018 PresidentLee Hee-beom,played down security fears after a series of drills were conducted close to the venues.

The Prime Minister visited sites including the Olympic Plaza in Gangwon.

He urged organisers to prepare an Opening Ceremony which can be "remembered in the world, like the hoop of the Seoul 1988 Olympic Games".

He added: "As the Opening Ceremony is performed in cold weather, please make sure to prepare for unexpected situations such as machine malfunctions."

A series of mock security drills by South Korean security forces were held in conjunction with military, police and firefighters at the same time as Lee's visit.

The venues for Pyeongchang 2018 are located just 60 kilometres from the Demilitarised Zone between North and South Korea.

The build-up to the event has been dominated by concerns over security amid declining regional tensions.

"After having seen this drill, I am confident that there is nothing to worry in regards to terrorist attacks," Lee said.

The Winter Olympics are scheduled for February 9 to 25 and the Paralympics are due to follow from March 9 to 18.