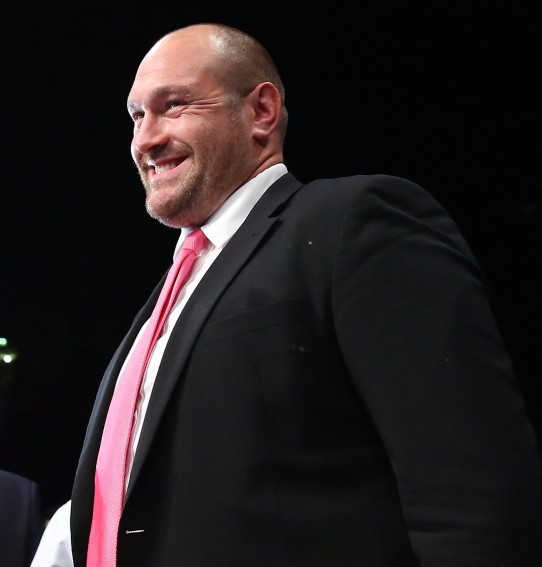 British heavyweight boxer and former world champion Tyson Fury, failed to turn up for his UK Anti-Doping hearing in London today (Monday) to cast further doubt on when he can return to the sport.

Fury, along with his cousin Hughie, tested positive for the banned steroid nandrolone in February 2015 but were not charged by UK Anti-Doping (UKAD) until June 2016.

During this 16-month gap, Fury had beaten Wladimir Klitschko in one of the sport's great upsets in recent years.

A rematch with the Ukrainian, who won a gold medal at the 1996 Olympics in Atlanta was scheduled for July 2016.

However, Fury withdrew from the fight on the same day the UKAD charge was announced, citing a sprained ankle.

Both Tyson and Hughie Fury have denied they took nandrolone, claiming the positive test was a result of eating a wild boar, which had not been castrated.

Fury’s case has been further complicated by the fact he tested positive for cocaine in September 2016, which he said he was using to help deal with depression.

With the prospect of having his title belts stripped from him following the positive test for cocaine, Fury relinquished them voluntarily on October 12, 2016.

The British Boxing Board of Control (BBBoC) suspended his boxing license the following day.

Fury’s hearing was set to take place last August but was suspended in May due to a conflict of interest involving one of his lawyers.

The hearing, which starts today, will now listen to evidence for at least two days before making a decision, a process that usually takes several weeks.

Despite facing the prospect of a possible incoming suspension, Fury remains confident he will be fighting next year.

“I will be ready by that time, fit and strong.

“The training plan is set up, so I will be ready by then.”

If Fury does fight next year, his first opponent could be fellow Briton Tony Bellew, who shocked the boxing world by beating former world heavyweight champion David Haye in March.