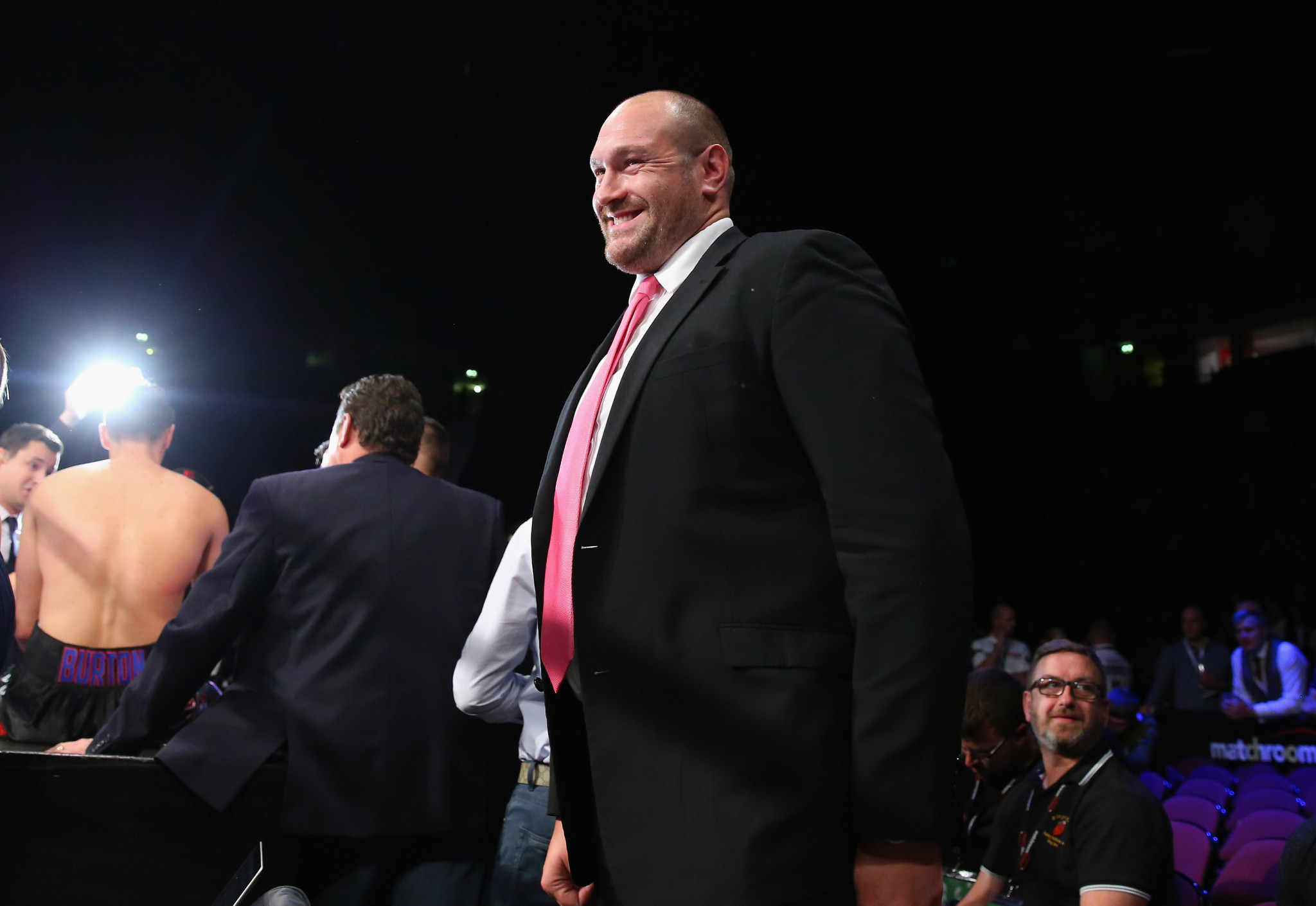 Heavyweight boxer Tyson Fury’s hearing in relation to his suspended drugs ban is scheduled to be held in December.

The 29-year-old’s promotor Hennessy Sports has confirmed the appointment will go ahead next month.

In September, UK Anti-Doping (UKAD) blamed "various reasons" - including a request to exclude certain evidence - for the continued delays in arranging a hearing for Fury.

It came after the Briton allegedly submitted drugs samples with "unacceptable" levels of the banned anabolic steroid nandrolone.

Fury has slammed the British body for the continued delays and claimed he is being treated differently to other athletes.

He insists he is innocent and that the banned substance appeared in his body in 2015 due to large quantities of contaminated boar meat which he and his cousin Hughie ate.

Hughie is also a heavyweight boxer who has been charged by UKAD, and was subject to the hearing.

Tyson has not fought since beating Ukraine's Wladimir Klitschko in November 2015 for four world heavyweight titles, and cannot return until the hearing takes place.

UKAD postponed the hearing last May, scuppering his hopes of a July bout, and another scheduled for October had initially been put back until sometime next year.

Hennessy Sports deny claims by British Boxing Board of Control (BBBofC) general secretary Robert Smith that Fury was responsible for the delay.

"Contrary to the BBBofC's suggestion, the delays have not been caused by Team Fury," a statement from them reads.

Fury has been in and out of retirement since his victory over Klitschko.

He is currently determined to return to the ring next year.

Despite appearing somewhat out of shape, he joked that he was in "great shape".