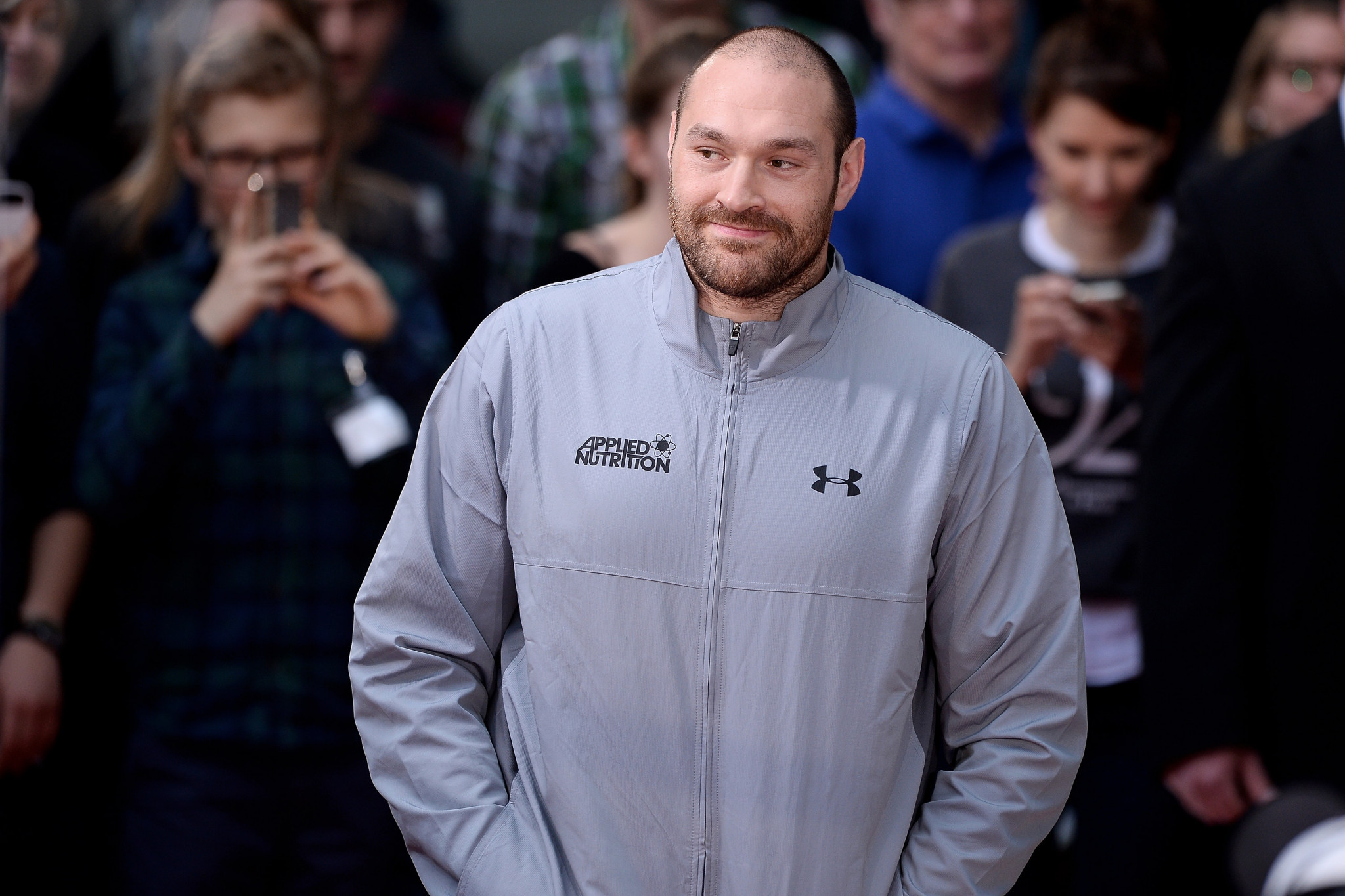 UK Anti-Doping (UKAD) have blamed "various reasons" - including a request to exclude certain evidence - for the continued delays in scheduling a hearing for heavyweight boxer Tyson Fury.

It comes after the Briton allegedly submitted drugs samples with  "unacceptable" levels of the banned anabolic steroid nandrolone.

Fury has slammed the British body for the continued delays and claimed he is being treated differently to other athletes.

The 29-year-old insists he is innocent and that the banned substance appeared in his body in 2015 due to large quantities of contaminated boar meat which he and his cousin Hughie ate.

Hughie is also a heavyweight boxer who has been charged by UKAD, and was subject to the hearing.

Tyson has not fought since beating Wladimir Klitschko in November 2015 for four world heavyweight titles, and cannot return until the hearing takes place.

UKAD postponed the hearing last May, scuppering his hopes of a July bout, and another scheduled for next month has been put back until sometime next year.

"From the beginning, UK Anti-Doping has pushed for resolution of the charges as quickly as possible and has invested significant resources in trying to achieve this," UKAD said in a statement.

"There are various reasons why, nevertheless, the charges have not yet been heard on the merits.

"All parties are currently awaiting a ruling from the National Anti-Doping Panel tribunal on an application made by the athletes to exclude certain evidence.

"Once that ruling is received, the matter will proceed to a hearing on the merits."

How long must I be maid wait to return to what I do best? pic.twitter.com/FtYBZiR1n4

It added: "UKAD is currently pushing for dates to be fixed for that hearing to take place as soon as possible.

"It is therefore inaccurate to suggest either that UKAD is failing to pursue these charges as quickly as possible, or that Mr Tyson Fury and Mr Hughie Fury are being treated differently to other athletes."

Tyson, who has twice "retired" after his victory over Klitschko only to reverse the decision, had strongly condemned the continued delays in a statement posted on Twitter.

"How long must I be held up and kept out of action?" he asked.

"Clear my name and let me return to my former glory.

"It's been 15 months since I've been under investigation, you're keeping an innocent man from fulfilling his destiny and from providing for his family.

"Everybody else is dealt with in a few months, why must I be treated any differently?

"Surely there must be a human rights law preventing this from happening to people!

"Either ban me or set me free as I've been in limbo for a long time! I want to move on with my life!"