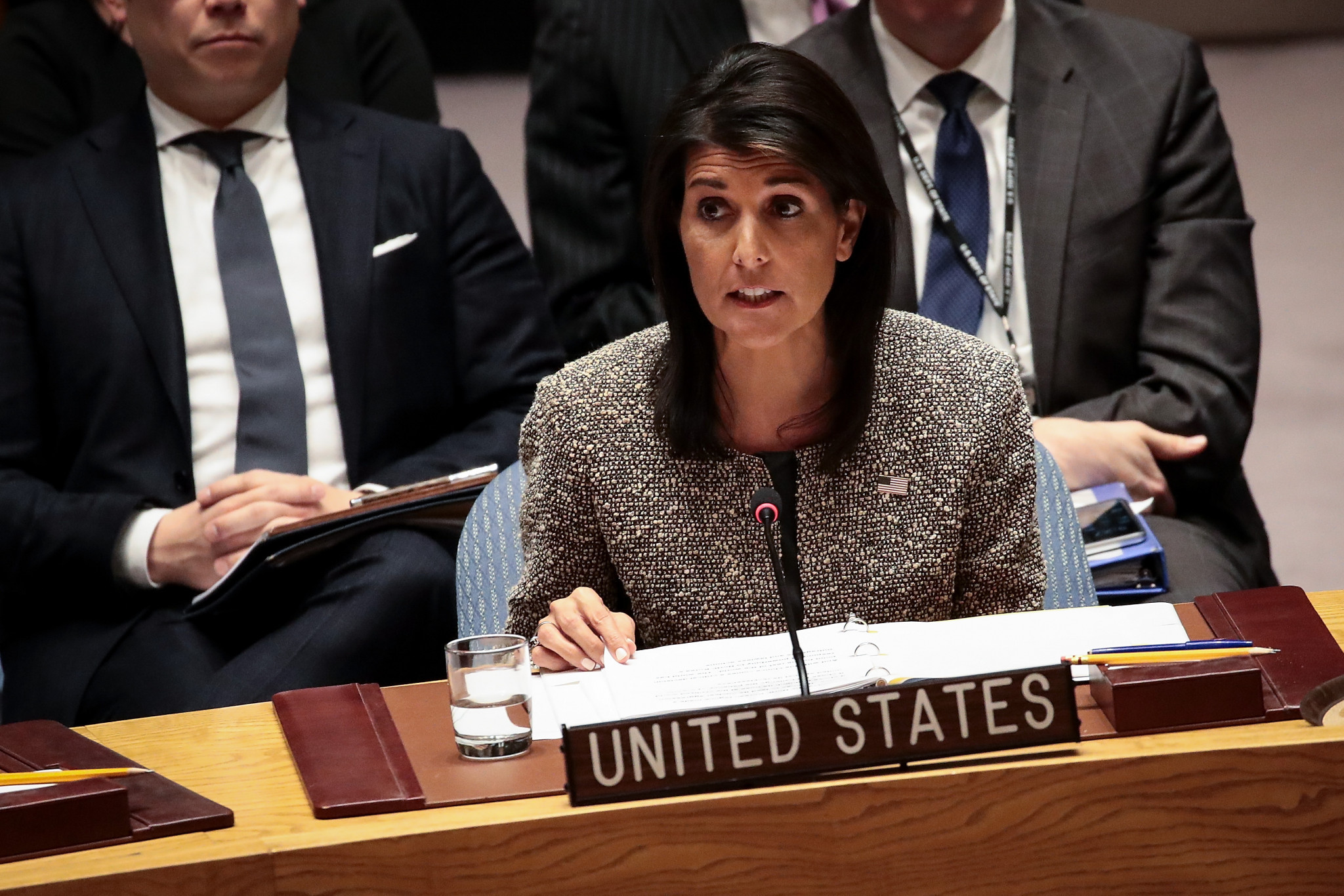 United States' Ambassador to the United Nations, Nikki Haley, has claimed that it remains an "open question" if athletes from the country will participate at next year's Winter Olympic and Paralympic Games in Pyeongchang because of security fears.

In comments bound to exasperate the International Olympic Committee (IOC) and sports community, Haley suggested that a final decision should be made closer to the time.

The comments come as tensions continue to rise between North Korea - located just 50 miles north of Pyeongchang - and the US.

"I think it depends on what’s going on at the time in the country," Haley responded when asked by Fox News if she would be comfortable sending a family member to the South Korean County.

"We have to watch this closely, and it’s changing by the day.

"I think those are conversations we are going to have to have, but what have we always said?

"We don’t ever fear anything, we live our lives.

"...And certainly that is a perfect opportunity for all of them to go and do something they have worked so hard for.

"What we will do is, we will make sure that we’re taking every precaution possible to make sure that they’re safe, and to know everything that’s going on around them."

When asked if a final decision on participation had yet been made, Haley added: "There’s an open question."

She added: "I have not heard anything about that, but I do know in the talks that we have - whether it’s Jerusalem, whether it’s North Korea - it’s always about, how do we protect the US citizens in the area?”

“We have not had any discussions, either internally or with our Government partners, about the possibility of not taking teams to the 2018 Olympic and Paralympic Winter Games," said spokesperson Mark Jones today.

"We plan on supporting two full delegations in Pyeongchang.”

North Korea's Foreign Ministry claimed this week that the outbreak of war on the Korean Peninsular is an "established fact" and seemingly a matter of when rather than if.

The US flew a supersonic bomber over South Korea today as part of a week-long set of military exercises intended to send a strong warning to North Korea - which has in turn carried out intercontinental ballistic missile tests.

A set of joint military exercises between the US and South Korea are scheduled to take part during March next year, despite it coming within the "Olympic Truce" window which is supposed to exist for the entire period of the Olympics and Paralympics.

Haley has also told the UN Security Council that "continued acts of aggression" from North Korea could lead to war, and that "if war comes, make no mistake - the North Korean regime will be utterly destroyed".

French Sports Minister Laura Flessel has already warned that if the crisis deepened and "our security cannot be assured, the French Olympics team will stay at home".

Alfons Hörmann, President of the German Olympic Sports Confederation, also claimed he would understand if his country's athletes did not want to compete because of safety concerns.

It is worth mentioning, however, that concern in South Korea is far lower as similar rhetoric has been common ever since the Korean War ended with a ceasefire rather than a peace treaty in 1953.

The IOC claim to be "closely monitoring" the situation but that it is currently safe for competition.

South Korean officials and Games organisers have also repeatedly promised that the event will be safe to attend.

The IOC are depending on the success of the Olympic Truce signed last month, despite host nation Russia having invaded the Crimea region of Ukraine during the truce window of the last Winter Games in Sochi in 2014.

"For the athletes who will gather in Pyeongchang for the Olympic Winter Games, this resolution will carry a special significance, a deeply personal one," said IOC President Thomas Bach.

"With the Olympic Truce resolution, the UN General Assembly is creating the conditions for all athletes to compete in peace.

"Only the UN member states can guarantee the athletes a safe passage to the Olympic Games.

"They make it possible for all the Olympic athletes to realise their dream of a lifetime.

"The Olympic athletes show the whole world that it is possible to compete with each other while living peacefully together under one roof at the same time."