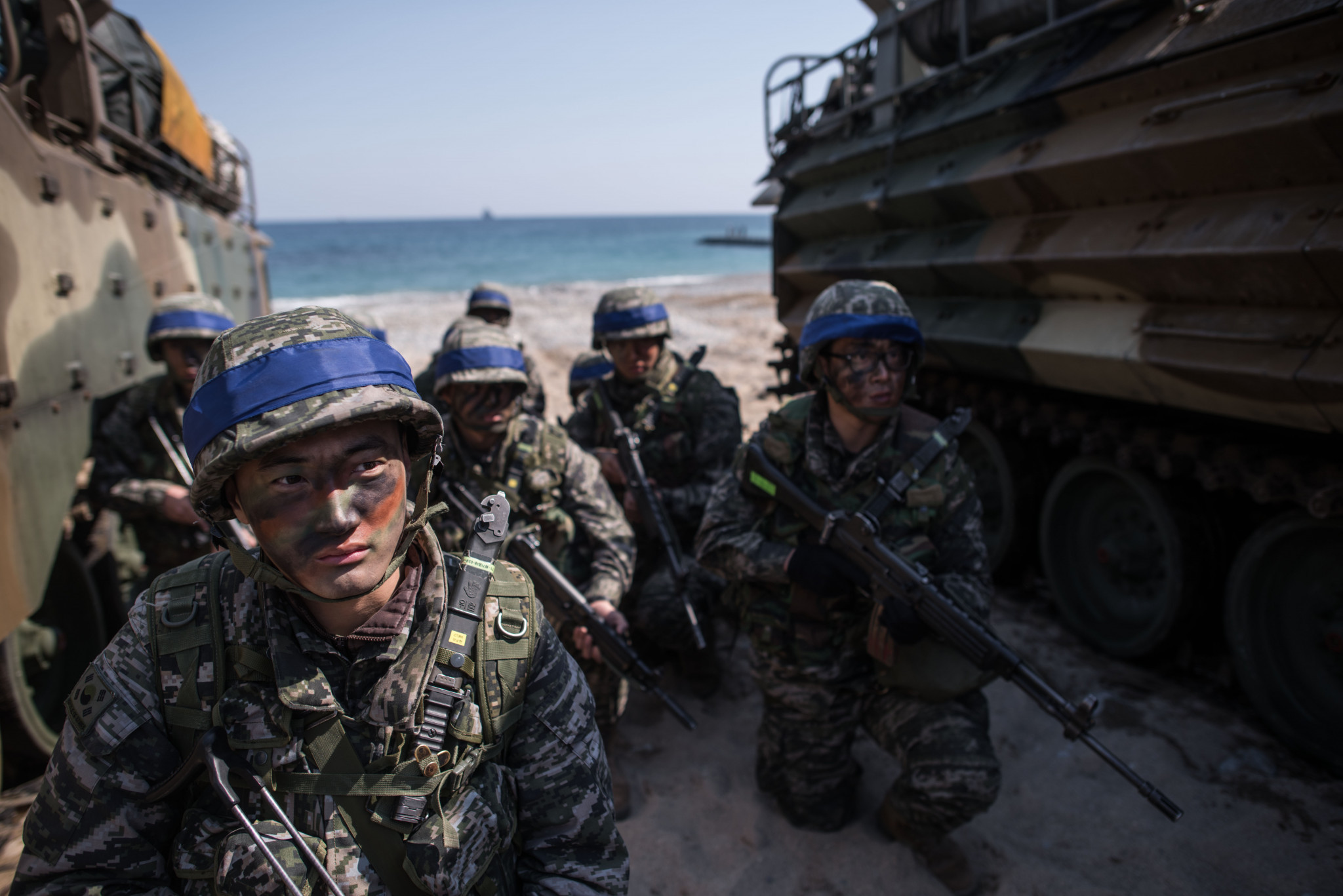 Military exercises are jointly staged by Seoul and Washington around March every year.

"The military is considering consulting with US forces to make sure the Key Resolve training slated for March does not overlap with the Olympics," an unnamed from the South Korean Government told the Yonhap news agency.

"Consultations may be launched as early as this year."

This has not yet been officially confirmed by South Korean authorities.

"The joint military drills are defensive in nature," an official at Seoul's Unification Ministry told Yonhap.

"It is not appropriate to view them as hostile acts."

There have been months of escalating regional tensions and increasingly hostile rhetoric between North Korea and the US.

South Korean Foreign Minister Kang Kyung-hwa has reiterated their hopes that North Korea will participate in the Games during a visit to Pyeongchang 2018 venues.

"If North Korea also attends the Peace Olympic Games it will help us to improve inter-Korean relations and create a peaceful atmosphere," she was quoted as saying in an article on the Pyeongchang 2018 website.

"There is a clear possibility that North Korea will participate.

"We are not taking concrete steps to make concrete plans for North Korea.

"Recently, the United Nations adopted a unanimous resolution to the Olympic Truce and North Korea joined the adoption.

"Therefore, since North Korea is also a member of the Olympic family, I think It will have the will and responsibility to contribute."

The deadline for Olympic entries is January 29.