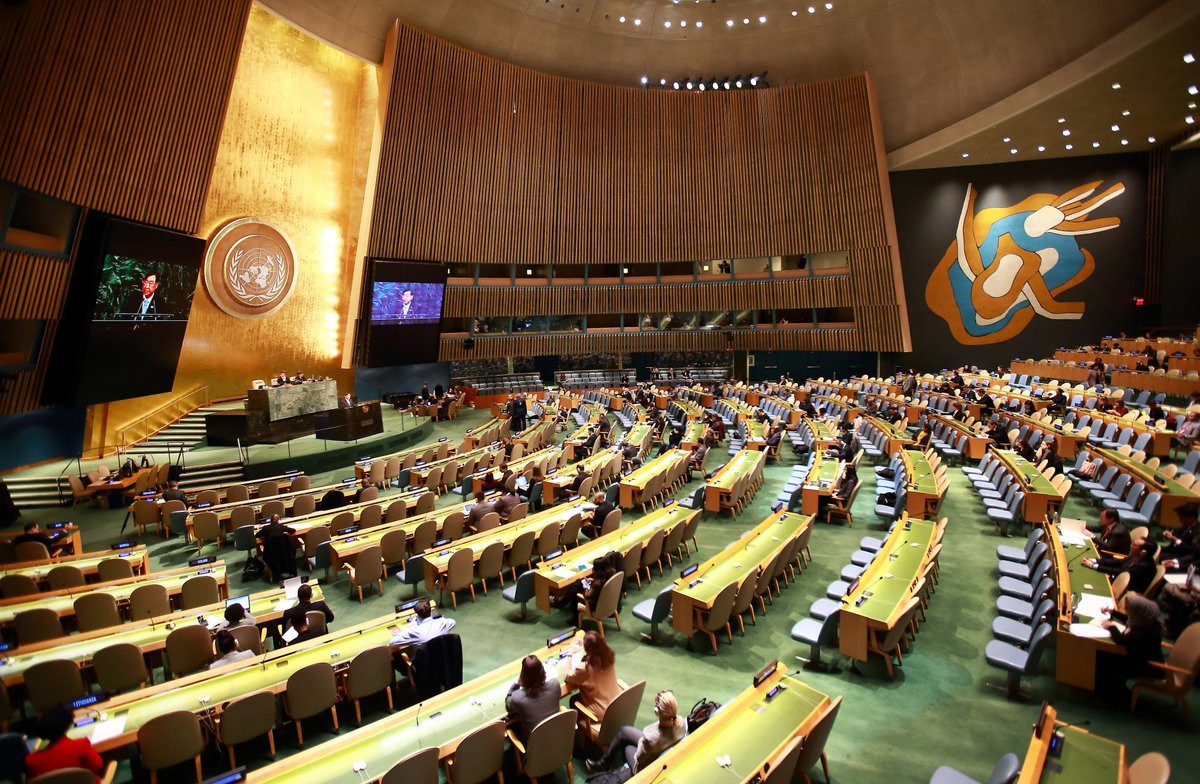 South Korea's Unification Ministry have called for North Korea to participate at the Pyeongchang 2018 Winter Olympics in an effort to foster peace.

The Ministry made the call following the United Nations' adoption of the Olympic Truce resolution in New York City yesterday.

It was titled "Building a Peaceful and Better World through Sports and the Olympic Idea".

The resolution urges countries to give safe passage to all players, officers and officials participating in the Olympics, to have safe access and allow them to participate at the Games, as well as mobilising youth around the world for peace.

It was updated by the International Olympic Committee in 1992 before they set up the international organisation Olympic Truce in 2000 to honour the tradition.

It urges countries to use this opportunity to harness sport to foster and encourage concrete actions that promote dialogue and reconciliation during the Games and beyond.

South Korea's Unification Ministry, who handle all inter-Korean dialogue and attempt to boost cooperation, hope the North will participate at the Winter Olympics.

"Through this cease-fire resolution, UN member states will have a meaningful opportunity to promote peace in the 2018 Pyeongchang Winter Olympic Games through sports and Olympic ideals, promote understanding of humanity, and create peace on the Korean Peninsula and Northeast Asia," a Ministry statement read, according to fnnews.

"Just as the 1988 Olympic Games in Seoul contributed to the dismantling of the eastern and western camps and the Cold War era, the Government could promote peace on the Korean peninsula through the Pyeongchang Winter Olympics and Paralympics, and further promote peace and cooperation on the Korean Peninsula.

"We welcome the North's participation in the Pyeongchang Olympic Games at any time in anticipation of North Korea's response to the peace on the Korean Peninsula and the peaceful development of Northeast Asia and the world.

"If we can harmonise with each other, it will be a new beginning of peace on the Korean peninsula."

A record 94 countries have expressed interest in sending athletes to next year's Winter Olympics, although North Korea have yet to indicate whether they will attend the Games.

Organisers are hopeful that the Games can be a vehicle for peace between the two countries.

It was claimed last month that North Korea had expressed their intention to compete at the Winter Paralympic Games, which would require them to be given wildcard entries.

The deadline for countries to enter the Games is January 29.

The Winter Olympics are due to take place from February 9 until 25.