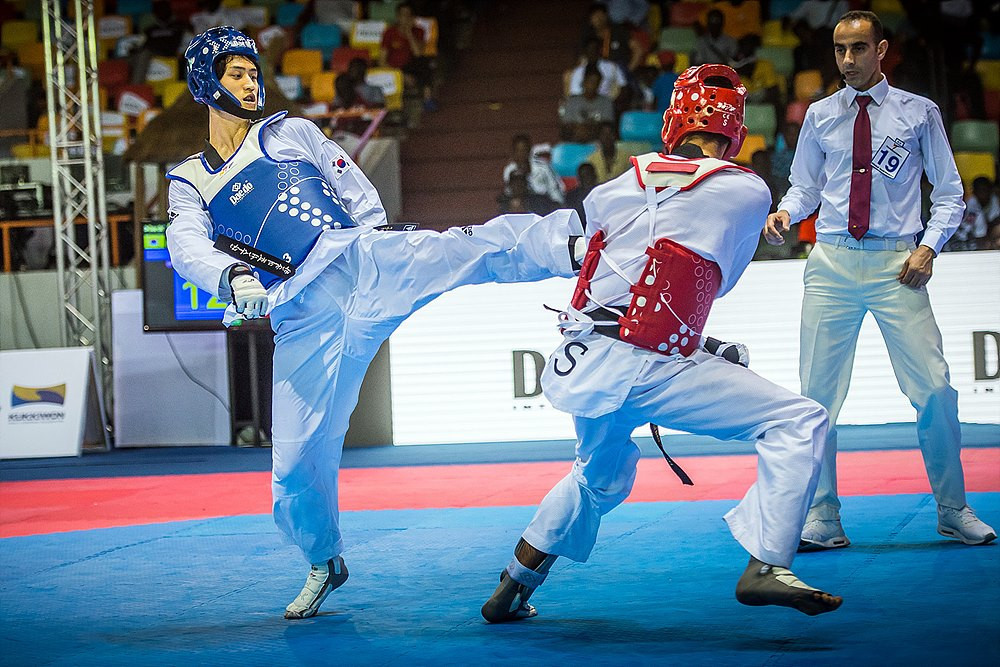 Victory sees him add to his successes at the 2015 and 2016 Grand Prix Finals in Mexico City and Baku respectively.

The other men’s event held today was that in the over 80kg category and saw Russia’s Vladislav Larin come out on top at the expense of South Korea’s In Kyo-don, who has recently won a battle against cancer.

Following a point-less three rounds, Larin scored on the retreat in golden point with a crafty round kick to the body.

Jones, who beat Calvo Gomez’s now-retired sister Eva in the final of Rio 2016, has now won two Grand Prix titles in a row.

It follows her gold medal-winning performance at the London leg in October.

In the women’s under 57kg bronze medal match, Russia’s Tatiana Kudashova defeated compatriot Ekaterina Kim in overtime after a 9-9 draw in regulation time.

The big surprise of the evening came in the women’s under 67kg final as China’s Yunfei Guo overcame Rio 2016 gold medallist and 2015 world champion Oh Hye-ri of South Korea.

The 2014 Asian Games champion claimed a tremendous 31-9 victory over her opponent.

The 2017 World Taekwondo Gala Awards are scheduled to take place in Abidjan tomorrow.