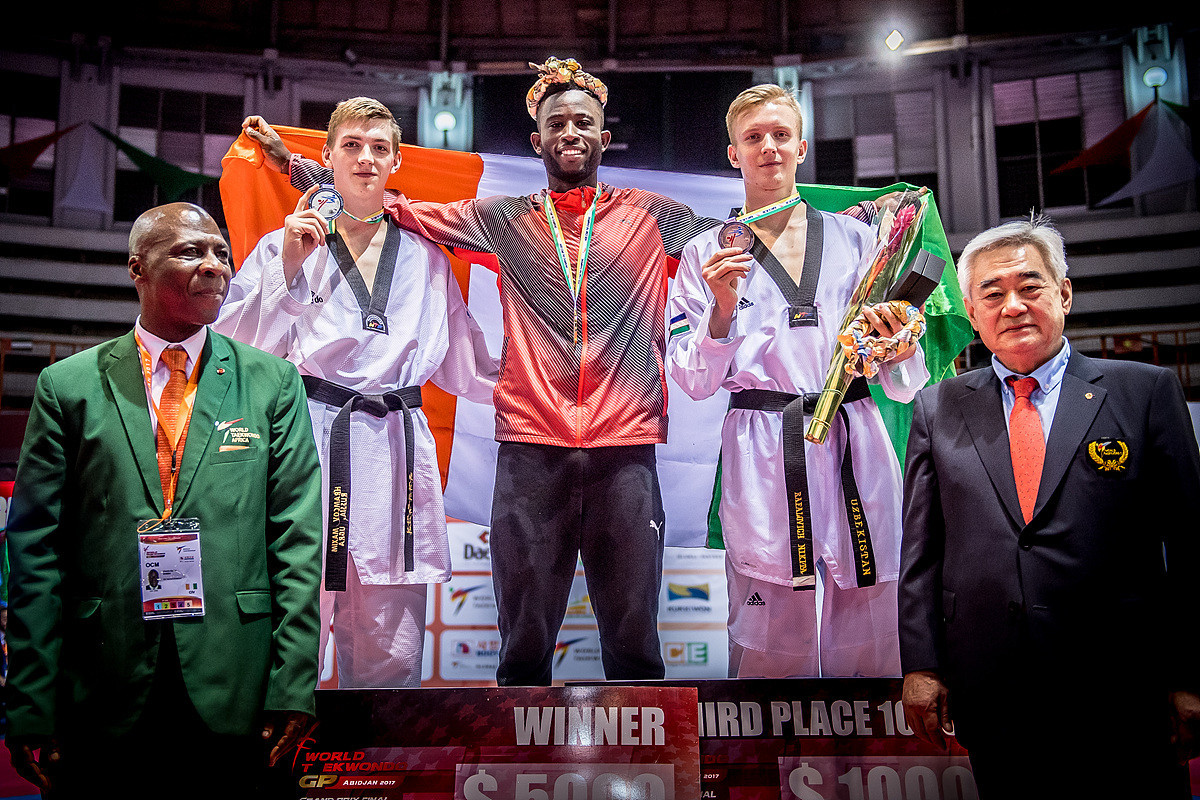 The 24-year-old battled to victory against Russian opponent Maxim Khramtsov, the under 74kg world champion, in gruelling circumstances at the Palais de Sports de Treichville.

It came in a topsy-turvy encounter subject to a lengthy delay in the second round due to a problem with the electronic scoring system.

Cissé initially trailed before fighting back later in the round and moving further ahead in the third.

Khramtsov briefly drew level in the third before two spinning headkicks propelled the Ivorian to a 33-28 victory.

It came in a bout taking place in a raucous atmosphere as locals strove to catch a glimpse of one of the country's greatest athletes in action.

Nikita Rafalovich of Uzbekistan took bronze with a golden point victory after a 13-13 draw with Yassine Trabelsi of Tunisia.

Walkden beat the London 2012 Olympic champion Milica Mandić of Serbia 7-6 in the semi-final before a final victory over Da-Bin Lee of South Korea.

She triumphed 16-9 to complete an unprecedented clean sweep of Grand Prix successes this year.

In a battle of Olympic champions, Rio 2016 winner Shuyin Zheng of China beat Mandic 16-11 for bronze.