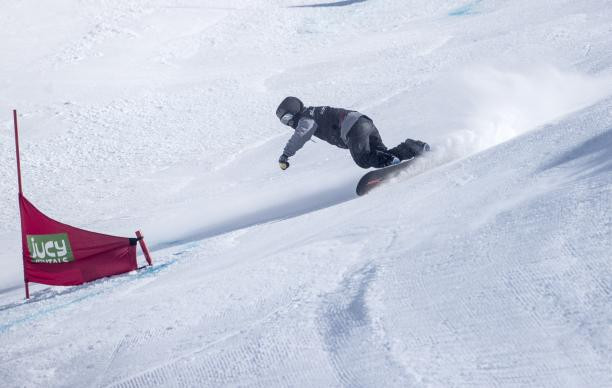 Reigning world champion Mike Minor of the United States claimed the gold medal in the men’s SB-UL on the last day of the Para Snowboard World Cup event in Pyha in Finland, despite having to deal with a friend’s death just days before the competition.

Speaking about the incredibly difficult situation he had to go through before his win, Minor said: "I was able to reel it in today after an off-day yesterday.

"I had a friend pass away before the race the night before so I was having an off-day yesterday.

"But I was able to refocus and go out and get it for him today."

The men’s SB-LL2 saw Japan’s Gurimu Narita claim the gold medal ahead of Evan Strong of the US as Matti Suur-Hamari, the winner yesterday, secured another bronze medal on home snow.

Dutch rider Lisa Bunschoten showed she has class across all formats after coming away with gold in the women’s SB-LL2 snowboard-cross final, beating compatriot Renske van Beek in the process.

This comes after her victory in the banked slalom at the last World Cup event in Landgraaf in her home country.

"I didn’t feel so good this morning but I got it all together and went for it so I’m pretty happy to stand here," said Bunschoten.

"It’s a good way to go into the Paralympics.

"It’s still some months, but I think it’s pretty great."

Australia’s Joany Badenhorst claimed the final place on the podium in that event.

The World Cup has come to an end in Pyha and three snowboarders are celebrating a perfect record! All the details here >>>> https://t.co/MYpRJ99x78 #Parasnowboard #PyeongChang2018

The silver and bronze medals were both secured by riders from the US with Nicole Roundy and Amy Burdy coming second and third respectively.

An American rider did manage to clinch the gold medal in the men’s version of the SB-LL1 through Mike Schultz.

He finished ahead of compatriot Noah Elliot, who claimed the silver medal.

Schultz admitted Noah had made it a tough final race in Pyha.

"It was a bit closer to the finish with my teammate, Noah and I [sic] were bumping coming down the hill at the top half, and he was keeping me honest," he said.