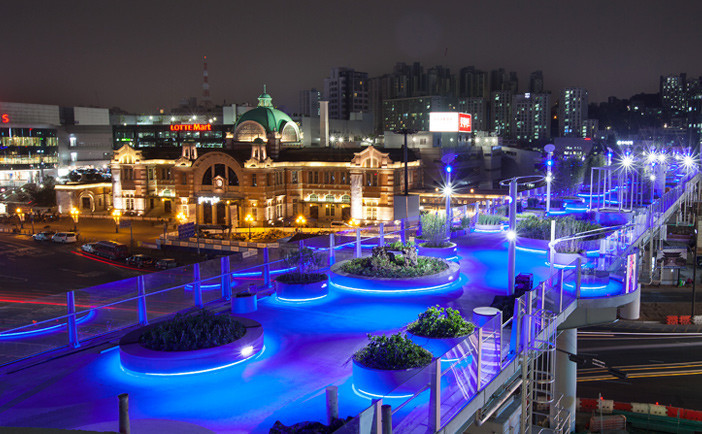 The overpass-turned-park Seoullo 7017, recently opened in the South Korean capital, will show a series of public artwork dedicated to Pyeongchang's nature, weather and culture.

Artists from the host nation, as well as those from Bahrain, Finland and Norway, have produced art that connects Seoul and Pyeongchang, which are separated by 126 kilometres.

It features images from Kim Young-il, who has dedicated 40 years of his life to capturing pictures of the mountains in and around Pyeongchang.

His project is entitled "Ecology Archiving - Mountains in Pyeongchang / Sound of Korea" and incorporates a dozen black-and-white photos captured by Kim.

"When it comes to documenting Pyeongchang, sound elements like those of forests, valleys and kids laughing are as important as visual images for me," Kim, who claims to have taken over 80,000 pictures of the city, said.

It is hoped the art project will raise awareness of Pyeongchang in the capital city as it prepares to stage the Winter Olympics and Paralympics in February and March.

The exhibition at the overpass is due to be held until March 31 after the conclusion of the Paralympics on March 18.

"It can be art for everyone or for no one at all.

"Through the projects, we hope to create something memorable for everyone."