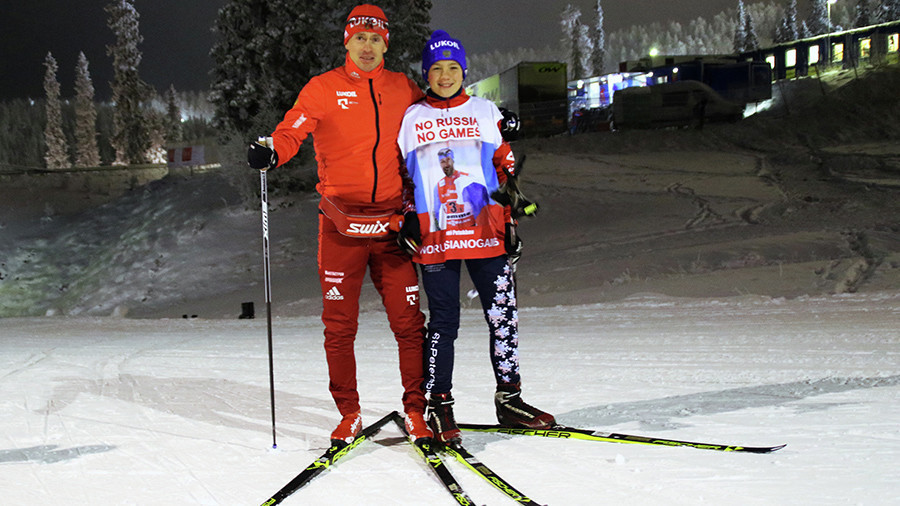 Following the decision by the International Olympic Committee (IOC) to strip Russian athletes of their medals and ban them for life from competing, many Russians are still denying they were part of a doping scandal at Sochi 2014.

One social media campaign, in particular, titled "No Russia No Games", which was started by Roman Starkov, a schoolboy from Saint Petersburg, has gone viral since the IOC's decision.

The page on Vkontakte, Russia's number one social network, was created before the IOC’s decision but has seen a huge surge in followers since the decision yesterday to disqualify another four athletes from Sochi 2014, including bobsleigh gold medallists Aleksei Negodailo and Dmitrii Trunenkov.

A total of 19 Russian athletes have now been disqualified from Sochi 2014 by the IOC Disciplinary Commission, chaired by Denis Oswald, including five gold medallists.

On his page, Starkov calls for clean Russian athletes to be allowed to compete at Pyeongchang 2018.

He has been spreading his campaign throughout Russia via social media.

The most interesting part of the campaign, however, has been the involvement of the mother of cross-country skier Maksim Vylegzhanin, recently stripped of the three Olympic silver medals he won at Sochi 2014 and banned for life by the IOC.

In the video, which has been viewed over 700,000 times, Vylegzhanin’s mother claimed she does not believe her son is capable of doping.

Largely thanks to this video, the campaign has spread beyond social media and has even attracted attention from several Russian television channels, including state-run Rossiya, who interviewed Starkov in Ruka alongside his mother and father.

Perhaps the strongest reaction to yesterday’s decision came from Russia’s State Committee of Inquiry which claims that whistle-blower Grigory Rodchenkov, the former head of the World Anti-Doping Agency (WADA)-accredited laboratory in Moscow, supplied Russian athletes with banned substances and destroyed samples given for testing in order to conceal his crimes.

"It was established that Rodchenkov personally supplied the athletes and coaches with medicines whose proven features were not known to them but which later were established to constitute performance-enhancing drugs," the Investigative Committee said in statement.

"He then destroyed the athletes' samples and accused Russia of implementing a certain doping programme and concealed the results of his criminal activities."

The Russian public, along with the thousands of followers of the No Russia No Games campaign, many still believe that their athletes are clean.

A poll at the end of an article on the Sport Express website asked readers whether they believed former Russian biathlete Olga Zaitseva, a double Olympic gold medallist currently under investigation, doped at Sochi 2014.

More than half - 52.3 per cent - claimed they believe she was innocent, another 11.3 per cent she was framed and another 15.6 per cent that the IOC "failed to understand the situation".

Only 20.8 per cent thought she was guilty.