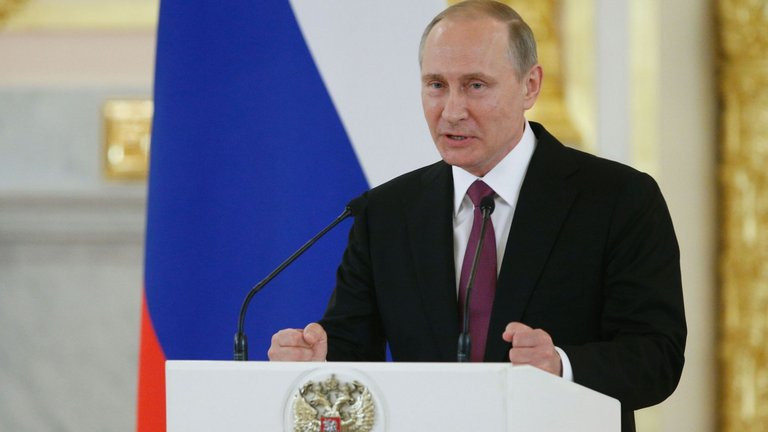 Vladimir Putin sent a message to attendees of the Russian Paralympic Committee’s (RPC) "Return to Life" awards ceremony, held at the Korolosky Concert Hall in Moscow, as fears grow that the country's athletes will be banned from Pyeongchang 2018.

The message, published on the Kremlin’s website, promised the athletes that they would still receive support from the highest level.

"Today, the best of the best receive the Return to Life prize for their victorious performances at the most prestigious competitions, and for their continuous commitment to the values and ideals of the Paralympic Movement," the Russian President said.

"The state will continue giving a priority to the development of the Paralympic sport and defending the interests of Russian athletes and teams at the highest international level."

This support from the authorities could come in the form of alternative games, such as the special event held in Moscow following the ban on Russian athletes competing at the 2016 Paralympic Games in Rio de Janeiro after allegations of institutionalised doping published in the McLaren Report.

There are no immediate plans for an event of this type to take place as the RPC still hold out hope that their athletes will be allowed to compete at next year’s Winter Paralympics in Pyeongchang.

RPC President Vladimir Lukin admitted a lot depends on what decision the International Olympic Committee takes at its Executive Board meeting in Lausanne on December 5.

It looks increasingly likely that Russia will be banned and its athletes ordered to compete under a neutral flag.

If that happens, it is widely expected Russia will boycott Pyeongchang 2018.

The IOC decision is set to be crucial on what decision the IPC take.

IPC President Andrew Parsons revealed earlier this month that a decision on whether Russia will be allowed to compete in the Paralympic Games at Pyeongchang 2018 is due to be taken on December 19.

"There is no new information, something happens every day, but all that is ‘background noise'," Lukin told Russia's official state news agency TASS.

"There will be some new information on December 5-6, after a meeting of the International Olympic Committee Executive Board is held.

"The IOC’s decision on Russians’ participation in the Olympics is very important for Paralympic athletes as well."

Lukin also stressed that the "new International Paralympic Committee President, Andrew Parsons, has made it clear that they will take Olympic athletes’ opinion into account".

Russia has finished top of the medals table in two of the last three Winter Paralympic Games.

This included Sochi 2014 where they won a total of 80 medals, including 30 gold, more than three times their nearest rival.

Lukin was sceptical about the idea of organising an alternative event for Russian athletes to participate in if they are banned from Pyeongchang 2018.

"First we’ll wait and see if we participate in the Games or not, and then look around and decide what to do next.

"On the basis of that principle we develop the Paralympic Movement not for the sake of a showoff once in four years, but for giving people a chance.