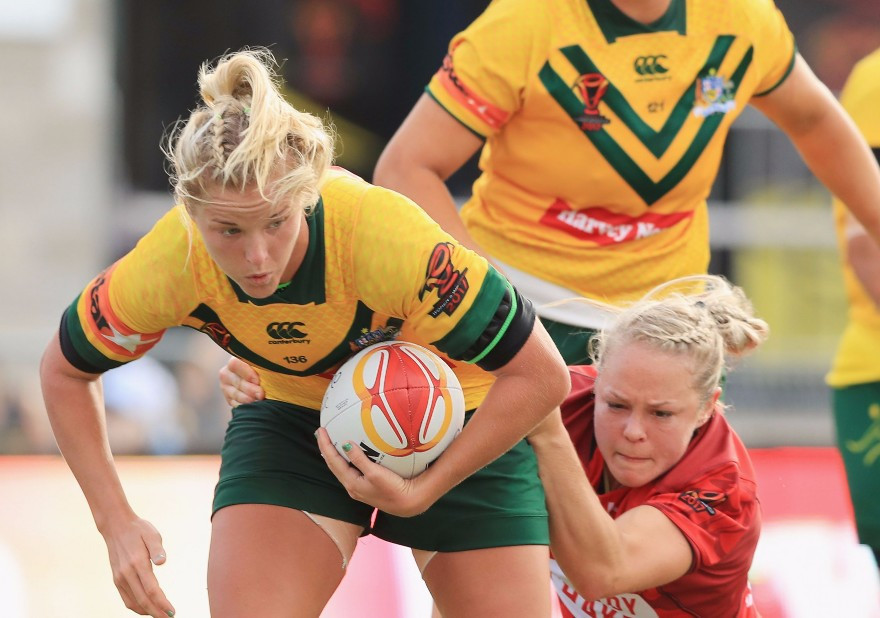 Defending champions Australia will face three-time winners New Zealand in the final of the Women’s Rugby League World Cup after they each won their semi-finals today.

New Zealand thrashed England 52-4 in the first of two matches at the Southern Cross Stadium in Sydney.

Honey Hireme scored a hat-trick andKrystal Murray crossed twice for the Kiwi Ferns in an emphatic performance as they built on a 14-4 half-time lead.

Australia ran out 58-6 winners over Canada in the same venue.

They led 42-0 at half-time and never looked threatened as Ali Brigginshaw, Steph Hancock and Isabelle Kelly all scored two tries.

The two dominant teams will now meet for a third consecutive final.

Six teams have competed in the tournament, broken down into two groups of three with the top two progressing to the semi-final stage.

The final is due to take place at Brisbane Stadium on Saturday (December 2).

It will be part of a double header with the men's World Cup final between Australia and England.