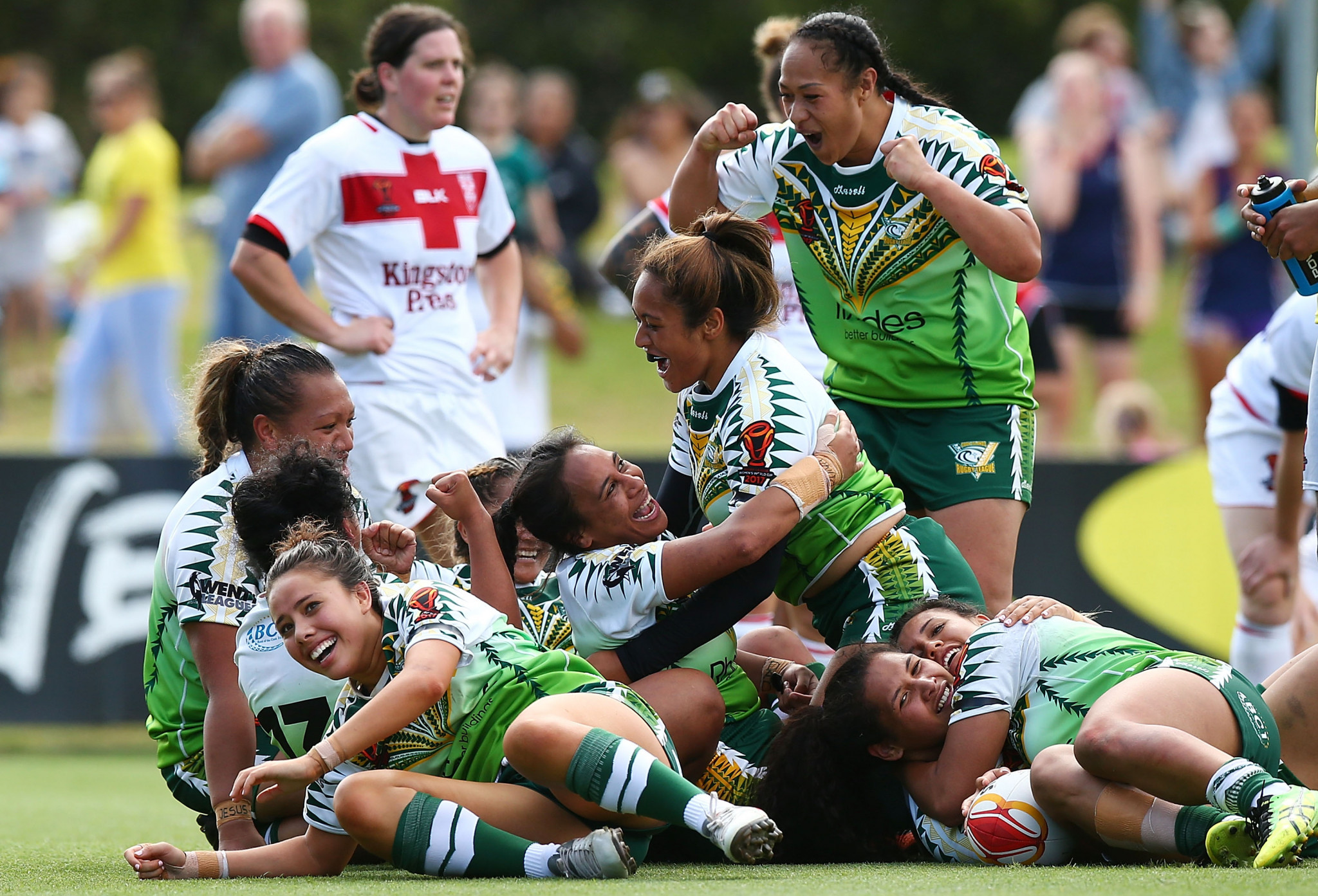 England's women scraped through to Sunday's World Cup semi-finals in Sydney but not before suffering a shock 22-16 defeat to the Cook Islands in their final group game.

The Cook Islands were given no chance after being heavily beaten 58-4 by Australia and 76-0 by New Zealand in their opening two pool matches.

But Te Amohaere Ngata-Aerengamate's last minute try pulled off a sensational victory although they were beaten to the second qualifying spot in Pool A on points difference by Chris Chapman's England.

Canada Ravens had been thrashed 50-4 by three-time champions New Zealand heading into the game.

But there was no doubt the England result made all the headlines.

England had rallied after the break and took their first chance through Emma Slowe's try, which was converted by Claire Garner.

Amy Hardcastle took advantage of some clumsy defending by the Cook Islands to burst through the scrum to go over after 55 minutes.

The video referee ruled out an England try which would have levelled the scores, before Kayleigh Bulman did go over with four minutes remaining but Garner's sideline conversion fell short.

England progress following a 36-8 win over Papua New Guinea in their opening inter-group match and a 38-0 defeat by Australia on Sunday.

Six teams have competed in the tournament, broken down into two groups of three with the top two progressing to the semi-final stage.

The final takes place in Brisbane on December 2 as part of a double header with the men's World Cup final.