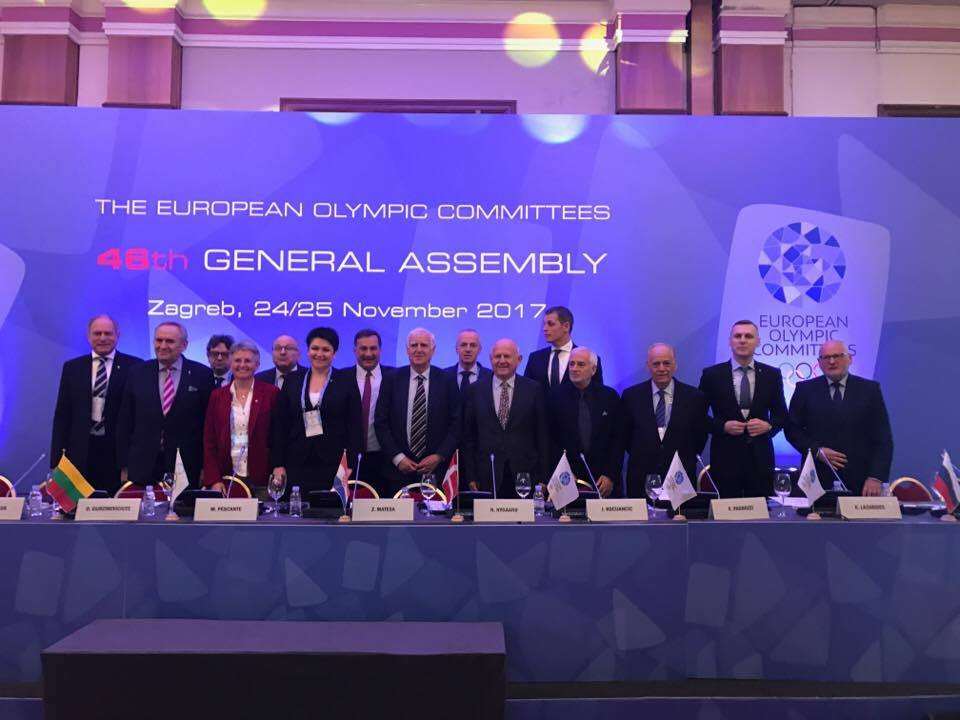 Janez Kocijančič and Niels Nygaard have pledged to put any differences to one side and work well together following their respective elections as President and vice-president of the European Olympic Committees (EOC) here.

Slovenia's Kocijančič, 76, was elected unopposed to lead the EOC here on Friday (November 24) after serving as acting President since August 2016 following the arrest during Rio 2016 of Irishman Patrick Hickey.

Nygaard, 64, was elected as vice-president after narrowly defeating his only opponent, Dutchman André Bolhuis, 27-22.

Kocijančič was considered a supporter of Bolhuis but has vowed to now continue working alongside the Danish official.

"From my point of view, there are no problems at all," Kocijančič responded when asked about their relationship following the conclusion of the General Assembly here.

"We have worked together in the past in a very constructive way.

"On the other side, if everyone would be of the same opinion on every question, we can abolish democracy - that is not our intention."

Nygaard, President of the National Olympic Committee and Sports Confederation of Denmark (DIF), is seen by many as a perfect foil for Kocijančič because he represents the views and interests of Western Europe.

One occasion when the two disagreed came at last year's General Assembly in Minsk when Denmark and Norway voted against the Belarus capital being awarded the 2019 European Games.

DIF chief executive Morten Mølholm Hansen was seen as having Nygaard's backing when he spoke out to criticise the "generally accepted transparency and good governance" of the process, adding that they "know neither the conditions, the economy or the programme" of the chosen host.

Nygaard is also known for taking strong positions on issues of anti-doping and governance standards.

He labelled the latter issue as a key priority for the EOC to tackle on the eve of his election.

"I agree with Janez, we have always been working together on different issues," Nygaard said.

"When we differ on a few things, we find a way to solved and I think it is important to have open discussions of different issues.

"I believe the way Janez has conducted the EOC as acting President has been a very good job and I am convinced that, with the new Executive Committee, we will have a bright future for the EOC."