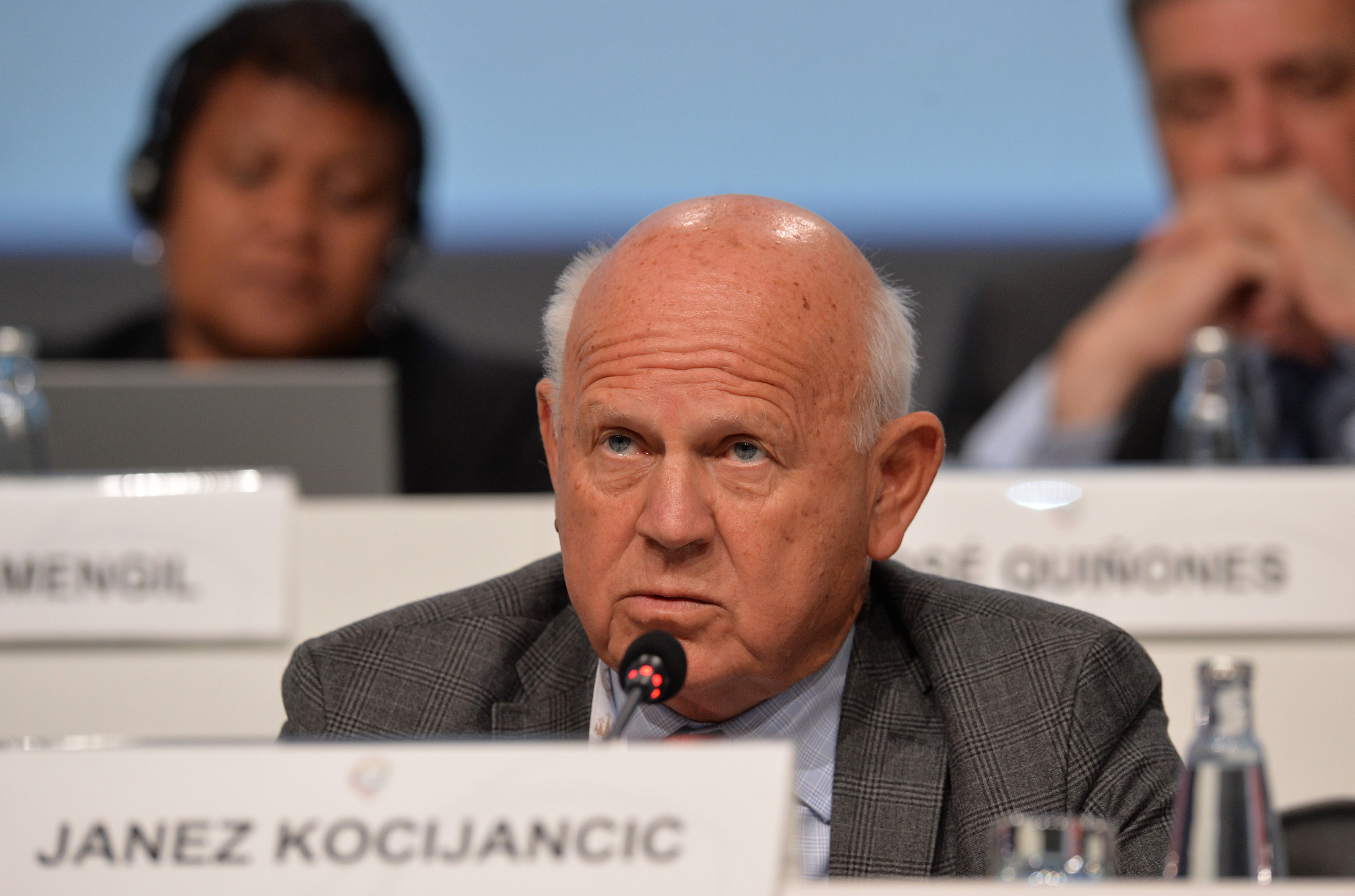 Kocijančič has spent the last 15 months as temporary head of the continental body since incumbent Patrick Hickey self-suspended himself from all of his sporting positions following his arrest at the Rio 2016 Olympics.

The 76-year-old is the only candidate standing for the Presidential position.

In May, it was exclusively revealed by insidethegames that Irishman Hickey would not be returning to lead the continental body as he continues to fight charges in Brazil - which he denies - relating to alleged involvement in a ticketing scam.

Italy's Raffaele Pagnozzi and Kikis Lazarides of Cyprus are also both running unopposed for the respective secretary general and treasurer roles which they currently hold.

Two candidates, however, are vying for the vacant role of vice-president which was held by Kocijančič until he was promoted to Acting President.

They are Niels Nygaard of Denmark and André Bolhuis of The Netherlands, both Presidents of their respective National Olympic Committees (NOCs).

There are also 23 candidates standing for 13 ordinary positions on the EOC Executive Committee.

This includes nine incumbents: Hasan Arat of Turkey, Alejandro Blanco of Spain, Spyros Capralos of Greece, Daina Gudzineviciute of Lithuania, Andrzej Krasnicki of Poland, Zlatko Matesa of Croatia, Marc Theisen of Luxembourg, Efraim Zinger of Israel and Nygaard, who will withdraw if successful with his vice-presidential bid.

Each of the 50 European NOCs will have one vote each for vice-president - meaning a simple majority of 26 is required to win - and 13 votes for ordinary positions.

They are each required to vote 13 times.

The elections are set to dominate the first of a two-day EOC General Assembly starting here tomorrow.

Speeches will also be given by figures including Kocijančič and Bach.

It is likely that each official will mention preparations for next year's Winter Olympic Games in Pyeongchang as well as the ongoing investigations into Russian doping.

Kocijančič spoke out against any "collective punishment" for Russian athletes during last month's ANOC General Assembly in Prague despite Bach having called for no "premature calls for a certain punishment" before their investigations are completed next month.

Updates will also be given on the second European Games in Minsk and on Olympic preparations for Tokyo 2020, Beijing 2022 and Paris 2024 as well as Pyeongchang 2018 here tomorrow.

A shorter agenda including the announcement of European Olympic Laurel Awards will then take place on Saturday (November 25).

A seven-strong Russian Olympic Committee delegation led by the body's President, Alexander Zhukov, is also listed as attending - larger than for any other NOC.