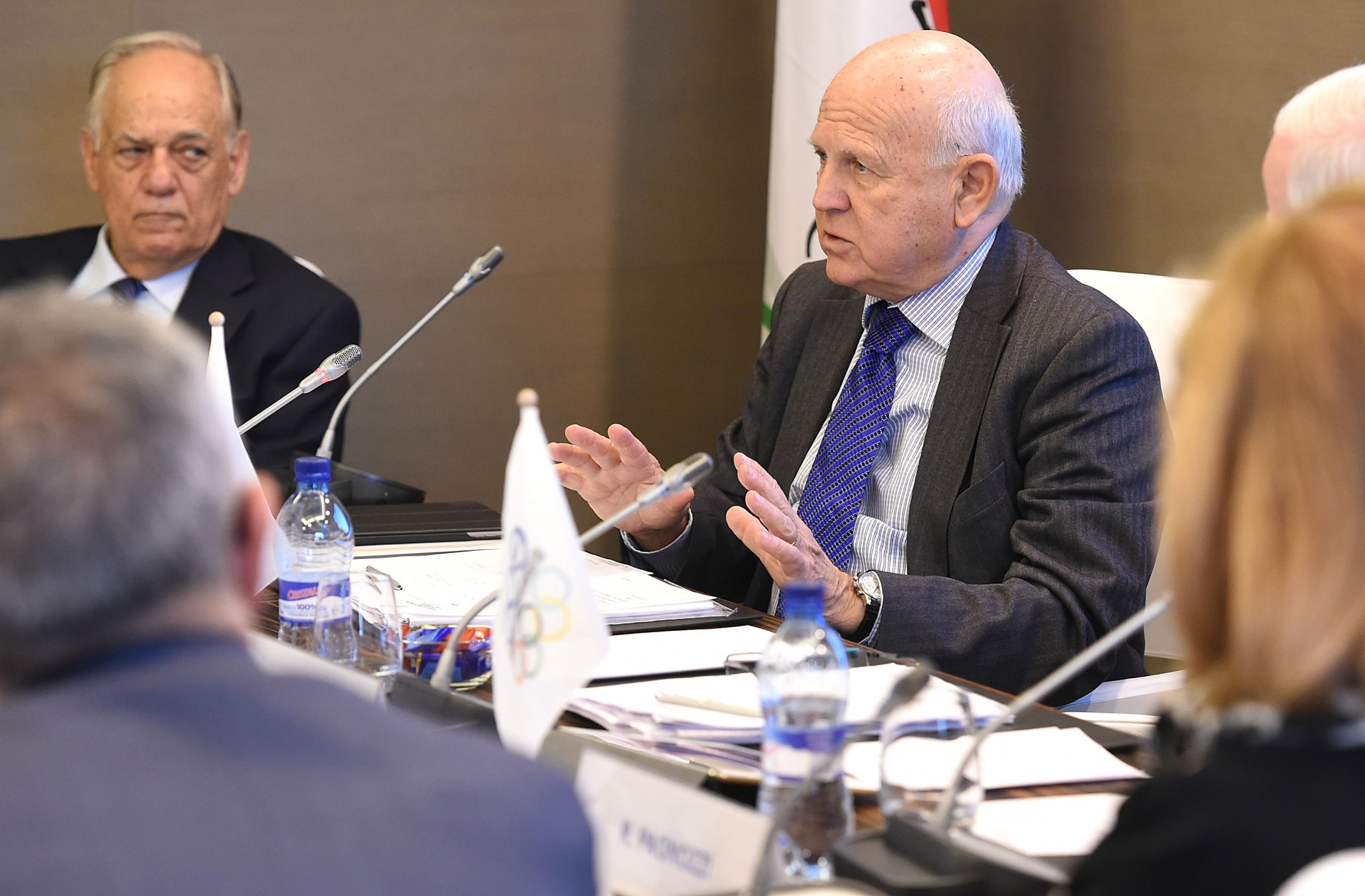 The Slovenian official, who was elected as permanent rather than acting President here yesterday during the ongoing EOC General Assembly, spoke amid growing speculation that the International Olympic Committee (IOC) will make Russia compete neutrally in the South Korean county in February.

A decision should be made by the IOC Executive Board on December 5 following the completion of two investigations into evidence of doping and sample tampering by home athletes at the previous Games in Sochi.

Kocijančič cited the example of Germany after World War Two to argue that a collaborative approach towards solving problems can work better than sanctions.

"I read somewhere - I hope I am correct - that 0.7 per cent of Russian sport has ever been accused of doping," the Slovenian, who is also vice-president of the International Ski Federation, told insidethegames here.

"This means, for instance, that a collective sanction for Russia would mean that, because of seven sinners, 993 clean athletes would have to stay at home.

"I think this is immoral and against the basic principles of law.

"We should think twice before using collective sanctions.

"Of course, if it should be proven that there was a systematic approach to doping, or even state-sponsored doping, there might be other considerations.

"But, again, would you think it was a serious idea if someone proposed to punish all those countries responsible for one of the World Wars or so on?"

Kocijančič added: "Life has to go on.

"We have to be on the side of the clean sport - we are not the Interpol of international sport.

"The immediate idea is wrong and stupid and, if you take this case, Germany [after World War Two] made very good [progress] and are a completely new country and deserve respect because of that.

"That means that you can't go with old stories forever - you have to look to the facts and that is exactly what we need in Russia.

"The only ones who can clean the house are the Russians themselves, so we should look for allies not enemies there."

This situation was very different from the current context of Russia, however, where the country is still fiercely denying the findings of the McLaren Report and attempting to pin all the blame for doping problems on ex-Moscow Laboratory director turned whistleblower, Grigory Rodchenkov.

Figures from President Vladimir Putin downwards have also repeatedly rejected any allegations of institutional involvement in a doping regime and claimed they are the victim of a United States-led witch-hunt designed to influence next year's Russian Presidential election.

The hostility of this response is thought to have contributed to a less sympathetic response from the IOC in recent weeks - something implied by IOC President Thomas Bach here yesterday when he implicitly warned Russia that attempts to influence their decisions will be unsuccessful.

"My opinion is that many Russian officials are doing a good job and I believe that the Russian Olympic Committee and [its President] Alexander Zhukov are very much engaged," he added.

"I would work together with them and Russian authorities to clean the house.

"To be clear, on the other side, I am 100 per cent in favour of zero tolerance on doping.

"I support punishments for everybody who made a doping offence and those who organise doping should be punished as well - we do not even have an English word for 'entourage'.

"Doping is a sub-culture and some people are making huge money [out of it]."

Kocijančič is not convinced, however, that making Russian athletes compete neutrally would represent a good compromise.

He cited the example of the athletics competition at this year's European Youth Olympic Festival in Győr where Russian athletes who were 12 or 13 at the time of Sochi 2014 were made to compete under a neutral flag due to the country's suspension from the International Association of Athletics Federations.

"I am not so sure it [neutral participation] is a correct approach," he said.

"This neutral flag might be a solution we need, but from my point of view [it is] highly questionable.

"If a Russian competes under the neutral flag, is he less or more Russian than before?

"What does it mean?

"Maybe the intention is humiliation or punishment of a country, but again I do not understand how you can punish a country if the doping offence is done by individuals.

"Thomas Bach speaks a lot about individual justice and he is 100 per cent right.

"The offence should be proven in a legal light, and then we have to act, but not to act against everybody…

"After acting against countries maybe we should act against continents?

"Ban Europe and Asia together?"

A total of 14 Russians - including three Olympic champions - have so far been disqualified for doping at Sochi 2014 after appearing in front of the Commission chaired by IOC Executive Board member Denis Oswald.

All those sanctioned deny wrongdoing and have vowed to appeal to the Court of Arbitration for Sport.