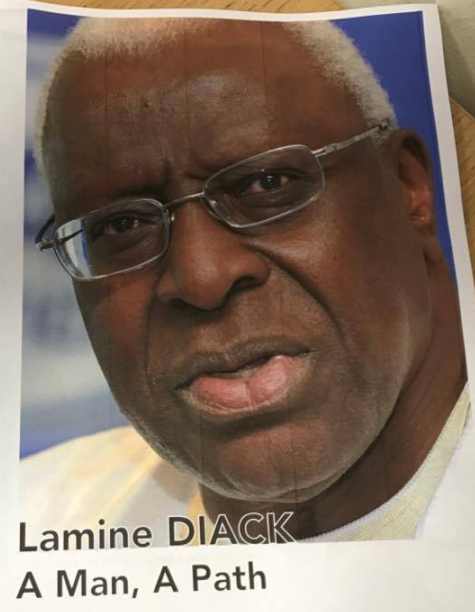 Family members of former International Association of Athletics Federations (IAAF) President Lamine Diack have stepped-up their campaign to secure his release by distributing a brochure of achievements supposedly "patiently pursued by a man of conviction".

Diack, the 84-year-old Senegalese who was replaced by Sebastian Coe as IAAF chief in 2015, was charged with corruption and aggravated money laundering as part of a French investigation on November 4, 2015.

He has been held under house arrest in Paris as an investigation continues.

Among other things, he is accused of involvement in a plot to accept money in return for the covering up of doping cases.

An investigation is also exploring allegations that he received money in return for influencing the result of Olympic bid processes for the 2016 and 2020 Summer Games.

"A judicial cooperation convention which had been signed on March 29, 1974 between Senegal and France should allow President Lamine Diack to go back near his family and to appear at the court for further investigation.

"In this regard, for humanitarian reasons we request the alleviation of his judicial control.

"We, President Lamine Diack's family, are launching a communication campaign to mark his two-year right and liberty restriction and in order to give more weight and impetus to this movement we are requesting the support of all good wills.

"We would just like to draw your attention to that fact and we do hope that you would feel concerned too."

A petition demanding Diack's release has also been set-up on the website change.org, and has so far received 4,154 signatures.

A two-page brochure outlining the career of Diack - an influential IOC member until 2013 - has also been distributed.

It highlights his transition from being a "talented long jumper" to his election to the IAAF Council in 1976.

Achievements highlighted thereafter include forcing through the introduction of a one-country, one-vote system, the election of four new non-European Council members and the creation of a "genuine development programme in favour of the world's least privileged countries" in 1977.

His responsibility for China's return to the IAAF-fold in 1978 is also praised as well as the exclusion of South Africa from all athletics events until the abolition of the apartheid system in 1992.

"The achievement of those significant goals opened the way to a series of reforms patiently pursued by a man of conviction," the brochure concludes.

No mention is made of the recent corruption allegations or of the supposed fight against doping.

A #JeSuisDiack campaign was launched on social media in a bid to show support last year along with a "Bring Back Lamine Diack" Facebook group, accessible here.

Papa Massata Diack, Lamine's son, was banned for life from athletics in 2016 by the IAAF's Ethics Commission, which concluded that figures within the organisation had been "guilty of blackmail" since 2011.

Lamine Diack is also implicated in a probe into a $2 million (£1.3 million/€1.7 million) "consultancy fee" paid by the Tokyo 2020 bid team to Singapore-based Black Tidings before they were successfully awarded the Olympics in 2013.