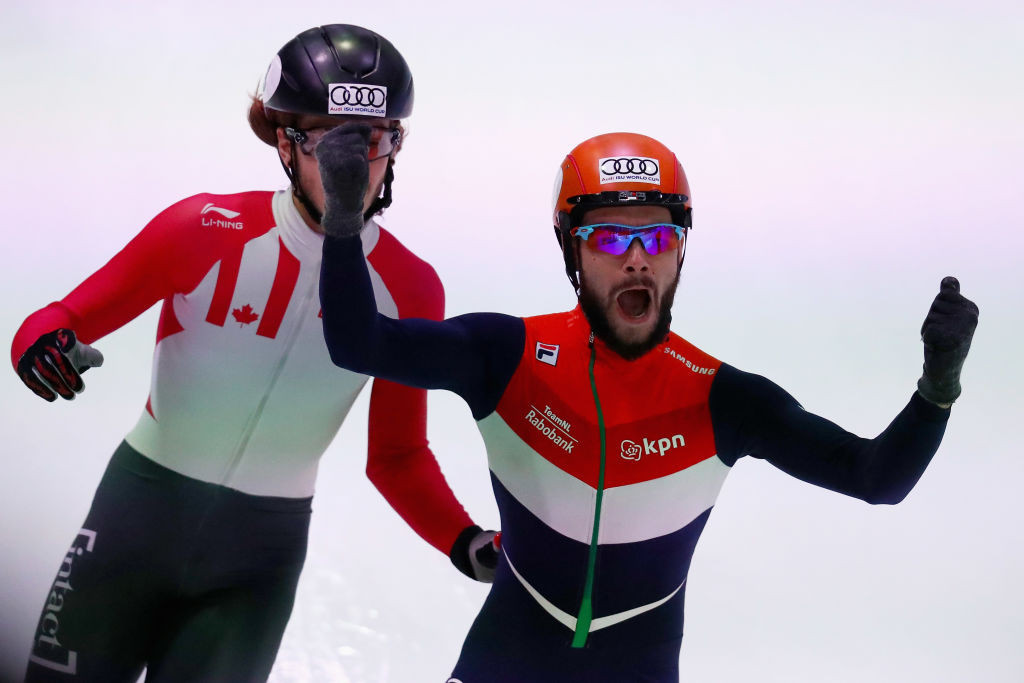 Knegt, a six-time World Championships gold medallist, timed his sprint finish to perfection as he beat Canada's Samuel Girard at the Sportboulevard.

Reigning world champion Seo Yi-ra of South Korea was forced to settle for the bronze medal.

"I felt good the whole time and I always felt I could pass him [Girard]," said Knegt.

"But everything has to be done at the right moment.

"It's the best experience racing in front of this crowd and I really enjoyed it."

Suzanne Schulting added to the Dutch haul with silver, while Shim's team-mate Lee Yu-bin rounded off the podium by finishing third.

"I am learning every day and preparing every day to get ready for the Olympic Games and to win gold," said Shim.

South Korea were pipped to the gold medal in the women's 3,000m relay by China as the quartet of Fan Kexin, Zhou Yang, Yang Yize and Han Yutong took victory in a combined 4:09.491.

The South Korean side did enough for silver and the bronze went to Canada.

The Netherlands held off the challenge of China to earn the silver medal.

The ISU Short Track World Cup circuit resumes with the third event of the season in Shanghai, which begins on November 9.