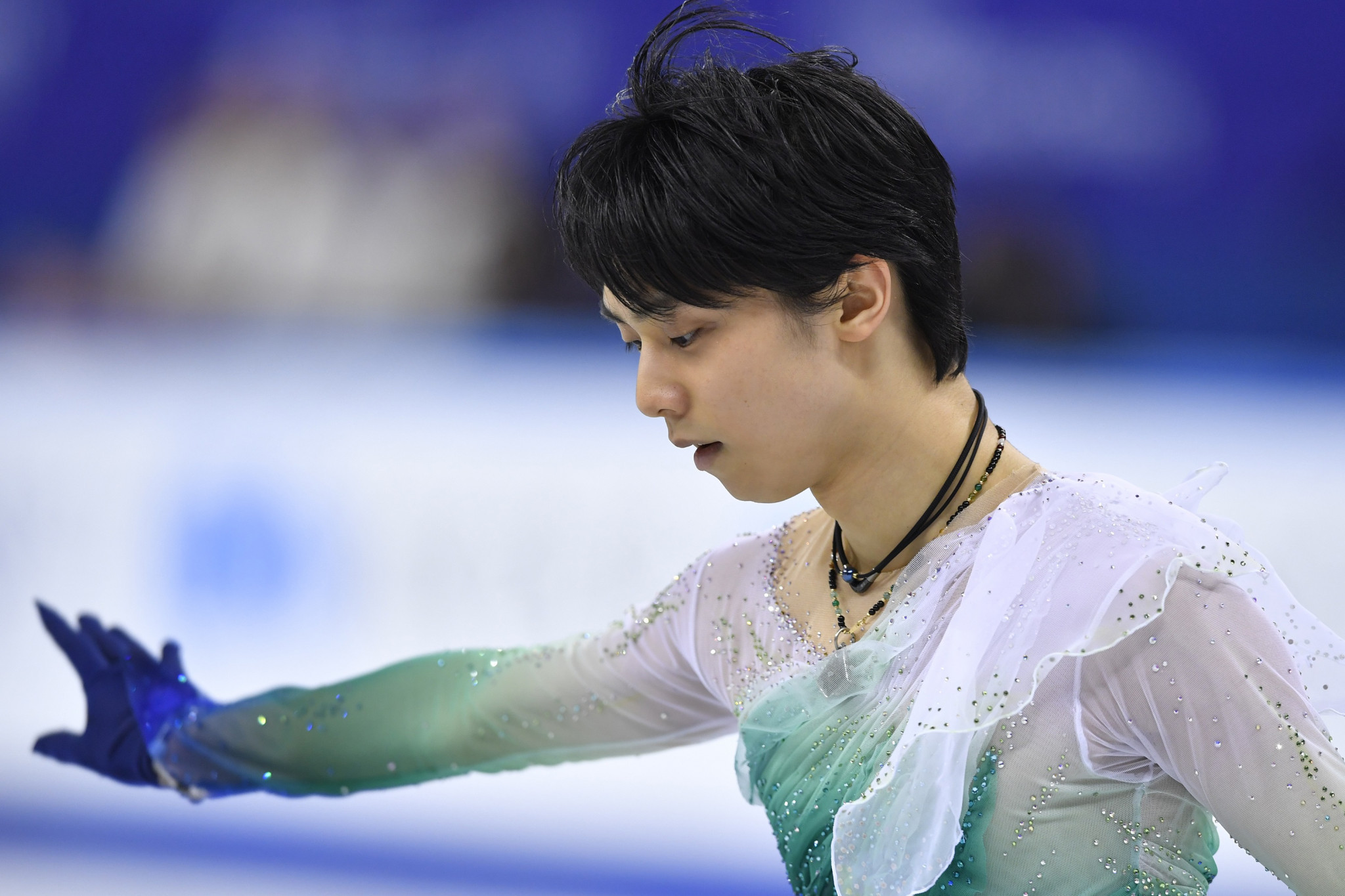 Japan's reigning Olympic and world champion Yuzuru Hanyu suffered an injury to his right ankle during afternoon practice ahead of the International Skating Union (ISU) Grand Prix of Figure Skating event in Osaka.

Hanyu fell while attempting a quadruple lutz and although he continued to go through his routine he did not perform any jumps and it remains unclear as to whether he will be able to skate at the Osaka Municipal Central Gymnasium.

“As all of you are aware who were at the rink during the official practice, Yuzuru Hanyu injured his leg and he is undergoing treatment, so he will not be attending this press conference,” Japan Skating Federation spokesman Tamio Suzuki told the assembled media at an Osaka hotel.

“Please accept our apology, we do not know the details of the injury or whether he will be taking part in the competition from tomorrow,” Suzuki added.

“There are no reports from the doctor at this moment.”

His potential exit would be a blow to organisers.

While the Japanese star is the big favourite for victory at the Osaka Municipal Central Gymnasium, the silver and bronze medals are considered to be up for grabs.

The United States’ Jason Brown arrives in Osaka with a silver medal from last month’s Skate Canada International in Regina and will be hoping to qualify for his first Final.

Canada’s Patrick Chan has withdrawn and has been replaced by Keegan Messing.

In the women’s event, Rostelecom Cup winner Evgenia Medvedeva of Russia will be vying to book her place at a fifth consecutive Final - junior and senior combined - with another victory.

Competition for the world champion is expected to come from five-time European champion and Rostelecom Cup silver medallist Carolina Kostner of Italy.

Japan’s Satoko Miyahara, the 2015 world silver medallist, is also likely to challenge as she competes in her first Grand Prix of the season.

World pairs champions Wenjing Sui and Cong Han come fresh off their home victory in China’s capital Beijing last week and are looking to secure their spot in the Final.

Their challenge is likely to come from 2014 Olympic and world silver medallists Ksenia Stolbova and Fedor Klimov.

The Russian duo took silver at the Rostelecom Cup and have a good chance to qualify for the Final.

World champions Tessa Virtue and Scott Moir headline the ice dance competition and will want to follow up their victory at Skate Canada International.

Italy’s Anna Cappellini and Luca Lanotte, the 2014 world champions, are due to compete in their first Grand Prix this season, while America's Madison Hubbell and Zachary Donohue will try to qualify for the Final.

The NHK Trophy is the fourth of six events that make up the 2017-2018 ISU Grand Prix of Figure Skating series.

A total of 60 skaters and couples from 16 ISU members are scheduled to compete in Osaka.

The top six skaters and couples in each discipline qualify for the Final.