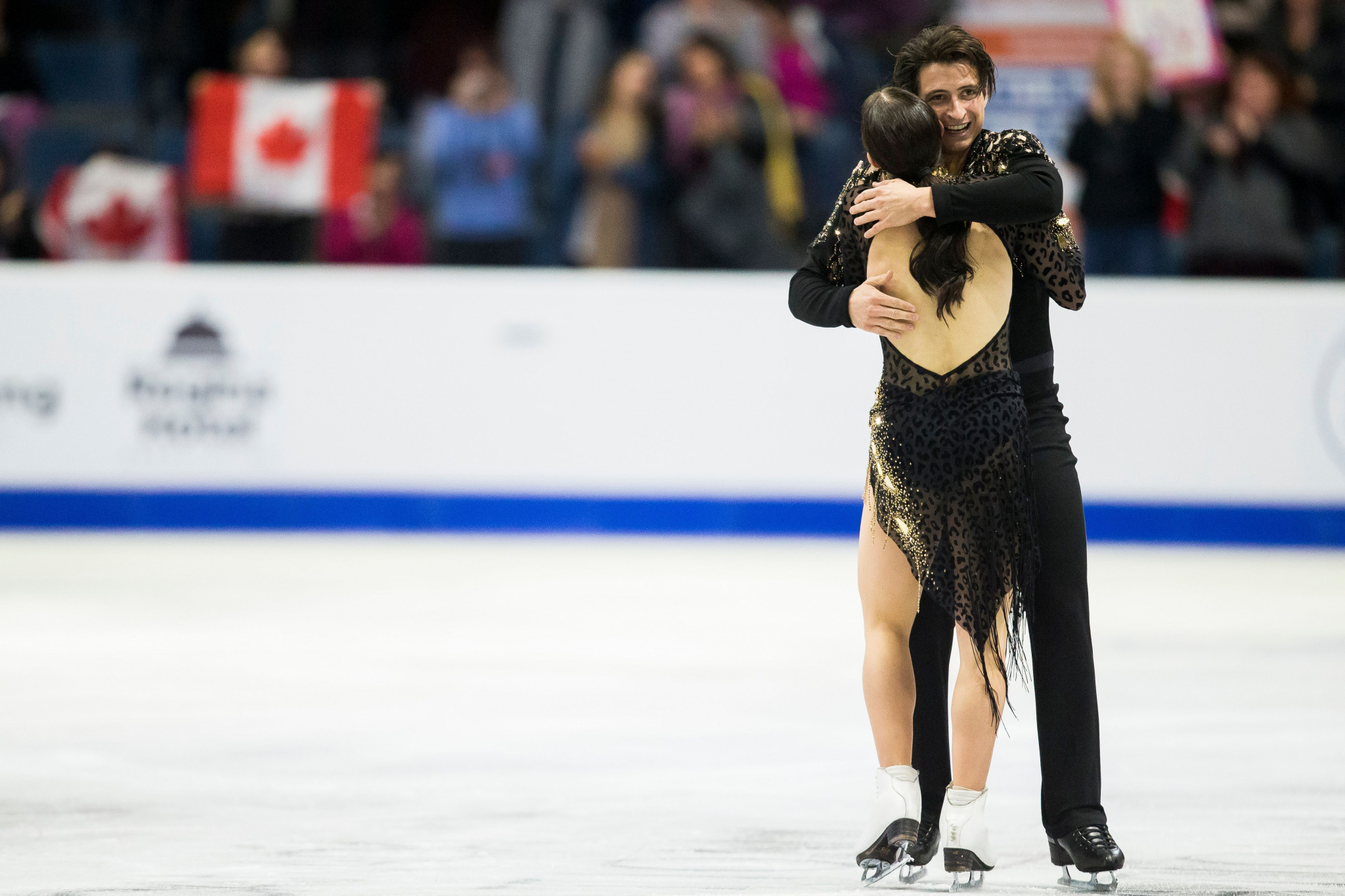 Canada's world champions Tessa Virtue and Scott Moir set a world record in the short programme to dazzled on home ice at the Skate Canada International in Regina.

The three-time world champions showed they are in perfect form as they chase a second Olympic gold medal this season as they posted a score of 82.68 points in the International Skating Union Grand Prix of Figure Skating event at the Brandt Centre.

Virtue and Moir's score was an improvement on their previous record of 82.43 points set at the World Championships in Helsinki in March.

It proved enough for a comfortable lead heading into the decisive free programme.

"We had a great a summer and fall training and we were very confident, but to come here and execute is a kind of a different story," Moir said.

"A great off-season and a great start to the season creates some pressure, so it was nice for us to go out and execute very similar to the way we have been training.

"There are things we’re looking to improve, but for Tessa and I we are all smiles today."

Another Canadian, Kaetlyn Osmond, also performed superbly to take a huge lead in the women's singles.

Uno scored 103.62 points in comparison with 94.43 for Chan, who performed well, despite missing his flight and losing luggage en route to the competition.

Vanessa James and Morgan Cipres of France are narrowly behind in third after scoring 73.04 points.