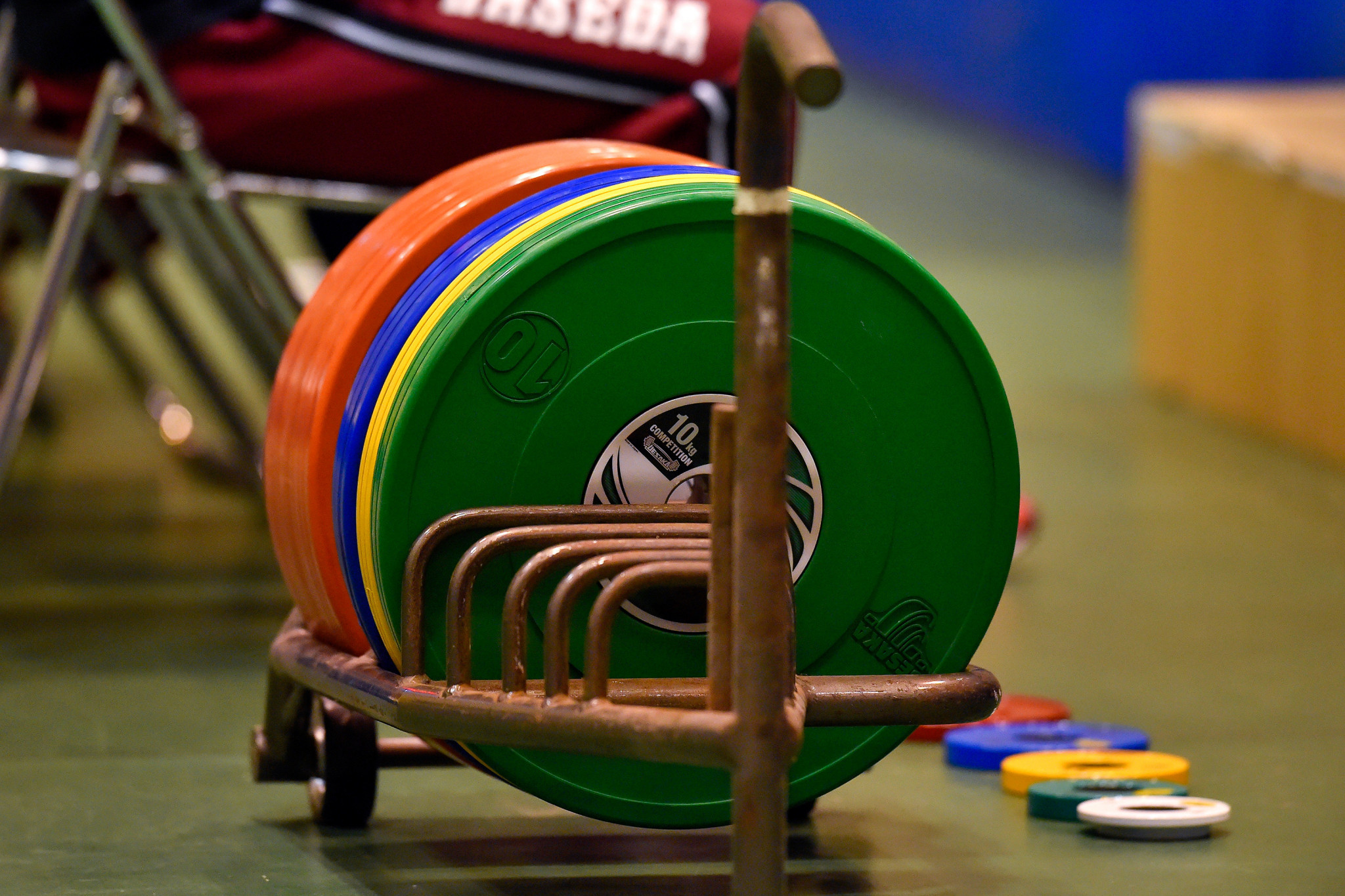 A Georgian weightlifter who was on the podium at the European Junior and Under-23 Championships in Albania last week has tested positive for metandienone.

Longinoz Bregvadze, ranked in the world's top 20 at 105 kilograms, produced the best lifts of his career in Durres a week ago to total 375kg and finish second behind Spain's Marcos Ruiz in the under-23 contest.

Bregvadze, 22, would have won gold but for Ruiz also making a career best clean and jerk of 203kg.

Georgia's seven-man team finished second behind Russia in the under-23 points table, and second to Armenia on medal count.

Bregvadze is the seventh Adverse Analytical Finding (AAF) disclosed by the International Weightlifting Federation (IWF) in 2017, a marked improvement on previous years.

A total of 24 positives at the 2015 IWF World Championships, followed by 49 in the International Olympic Committee (IOC) retesting of Olympic samples, led Thomas Bach, the IOC President, to say weightlifting had "a massive doping problem".

The sport will lose its Olympic status after 2020 unless it can convince the IOC, by December, that it has a robust strategy to combat doping and the doping culture that pervades weightlifting in some parts of the world.

In recent weeks the IWF has banned nine nations for a year for repeat offences, has set up a Clean Sport Commission featuring independent experts from outside the sport and has agreed to hand over control of its anti-doping programme to an Independent Testing Authority.

The first of this year's AAFs was announced in January, the Libyan Ali Miftah Alkikli, who does not feature on any result databases.

He did, however, compete under another name, Ali Elkekli, and was suspended for two years after testing positive before the London 2012 Olympic Games, for which he had qualified.

Although his positive was announced in 2017, his new, eight-year ban started in December last year.

The most recent case before Bregvadze was the 2014 Commonwealth Games men's 69kg champion, the 27-year-old Malaysian Mohd Hafifi Mansor.

Hafifi, who was 12th at the Rio 2016 Olympics, won the recent Commonwealth Championships and would have been favourite at the 2018 Commonwealth Games in Gold Coast next April.

In May a 24-year-old woman from India, the super-heavyweight South Asian Games champion Sushila Panwar, was banned for four years having tested positive for terbutaline.

With the other cases yet to be closed, Panwar remains the only athlete sanctioned by the IWF this year.

There are three other unresolved cases from May - the Russian Viktor Kharchenko, a 26-year-old 85kg lifter, and two Moldovans who could be in big trouble because of earlier suspensions, Iuri Dudoglo and Alexandr Spac.

Dudoglo, 26, who was second in the European Championships at 56kg this year, and Spac were both suspended for two years in 2013.

Spac, 27, who finished fifth at Rio 2016, was caught at the 2013 European Championships in Tirana and disqualified from second place in the 77kg.

Dudoglo was one of 18 positives that year for Azerbaijan.

He and Cristina Iovu, both from Moldova, had changed nationality to compete for Azerbaijan.

Iovu is unlikely to compete again.

She also tested positive for Azerbaijan in 2013, and was disqualified from third place at London 2012 after a positive in the retests.