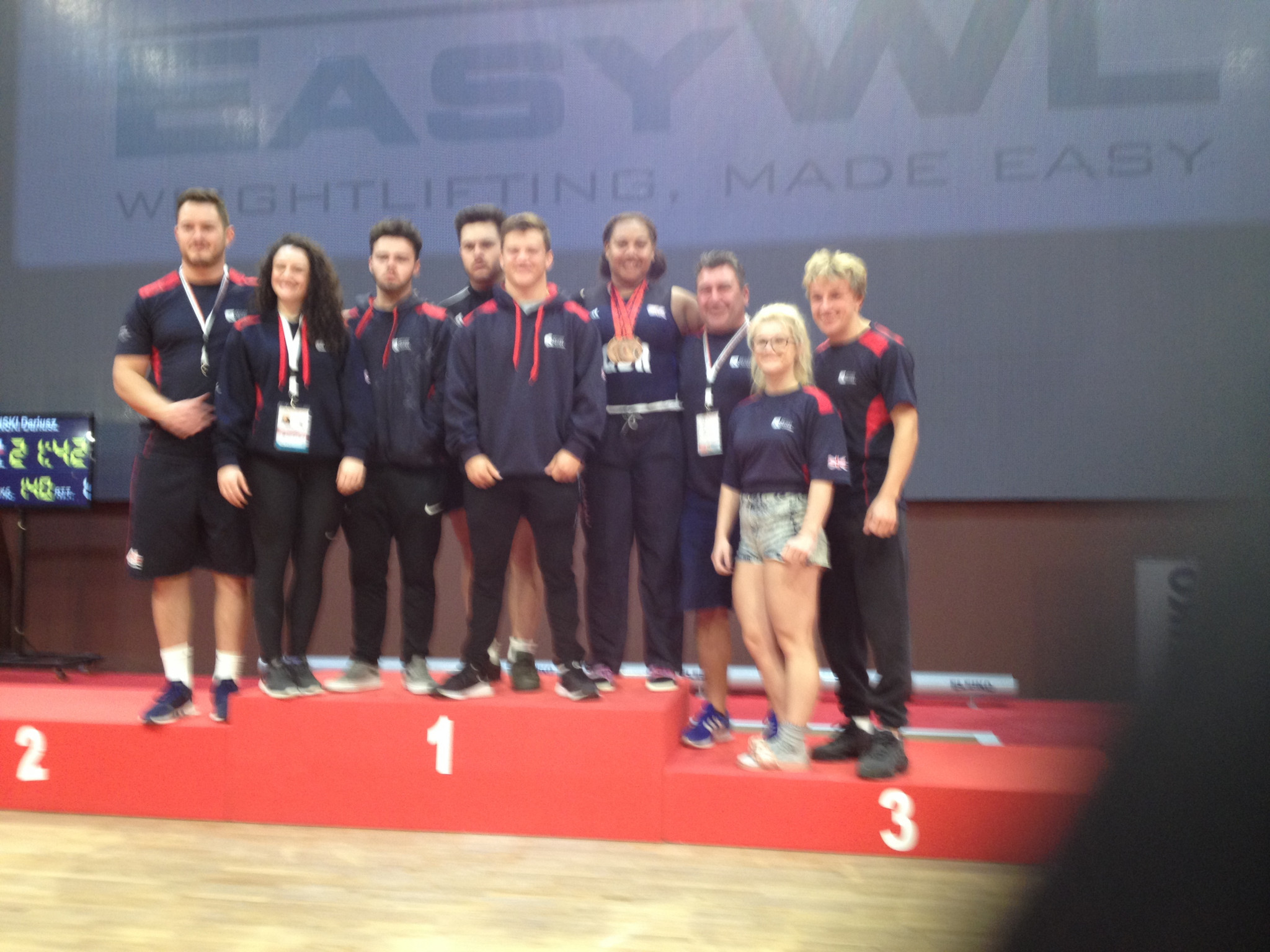 Armenia won three gold medals, two of them by Olympic silver medallists, and their super-heavyweight Simon Martirosyan became the only junior record-breaker of the week on the final day of competition at the European Junior and Under-23 Weightlifting Championships here.

Martirosyan and his team must wait a year before adding to their international tally because Armenia is one of the seven European nations which began a one-year ban from the sport this weekend.

These bans were imposed by the International Weightlifting Federation (IWF) for multiple doping positives in the retesting of samples from the 2008 and 2012 Olympic Games.

Unlike some of their rivals, the Armenian champions will not be able to compete in the IWF World Championships in Anaheim starting in late November, nor the senior European Championships next March, probably being held in Sweden.

Judging by today's performances that will cost them medals in the two heaviest weight categories.

Ilir Meta, the President of Albania, presented the medals after Martirosyan broke the European junior record on total, with 433 kilograms, in the over-105kg class.

He missed his first record attempt but made it with his final clean and jerk of 236kg.

He probably would have competed at over-105kg in Anaheim had he been allowed to take part.

Minasyan, who will be 23 on Wednesday (October 25), easily won the final event of the week, the under-23 super-heavyweights, despite giving up two of his lifts.

It was a spectacular finish for Armenia, which started the day with victory in the junior women's over-90kg thanks to Arpine Dalalyan.

That made it a 100 per cent record for Armenia's women's team of Dalalyan and the 75kg lifter Sona Poghosyan.

There would have been another last-day gold for Armenia had Samvel Gasparyan not buckled just when he appeared to have made his final clean and jerk in the junior 105kg.

Had he made it, Armenia would have displaced Georgia at the top of the junior men's medals table, but they had the consolation of being best in the junior women.

Silver and bronze in the junior over-105kg went to Giorgi Chkheidze of Georgia, who had six from six for 416kg, and Serbia's Tamas Kajdoci at 391kg.

Behind Minasyan in the under-23s were Russia’s Antoniy Savchuk on 401kg and the Belarussian Aliaksei Mzhachyk, at 396kg.

Emily Campbell, a former track and field athlete who "fell in love" with weightlifting when she first tried it two years ago, won her first international medal and gave Britain their only podium visit of the week when she finished third in the women's under-23 over-90kg class.

Campbell, from Nottingham, said she was not at her best after making only two of her six attempts, but her total of 223kg was good enough for bronze and puts her in line for a place at the World Championships.

After winning medals in under-23 events in hammer and shot, Campbell, 23, switched sports.

"I love the feeling you get when you stand on the platform, just you and the weights," she said.

Anastasiia Lysenko of Ukraine, the senior European silver medallist, won with an impressive total of 274kg, ahead of Russia's Kseniia Pashkina on 247kg, and Campbell.

Silver and bronze in the junior over-90kg went to Magdalena Karolak of Poland and Melike Gunal of Turkey.

Marcos Ruiz, of Spain won the junior 105kg for the second straight year with 378kg, slightly lower than his effort in Eilat last December but enough to beat Loginoz Bregvadze of Georgia on 375kg and Ukraine's Bohdan Buriachek.

The suspended nations - Russia, Azerbaijan, Ukraine, Armenia, Moldova, Belarus and Turkey - were allowed to compete here until the end of schedule, despite the bans imposed by the IWF having begun officially yesterday.

It was, said the IWF, "common sense" to allow them to complete the programme.