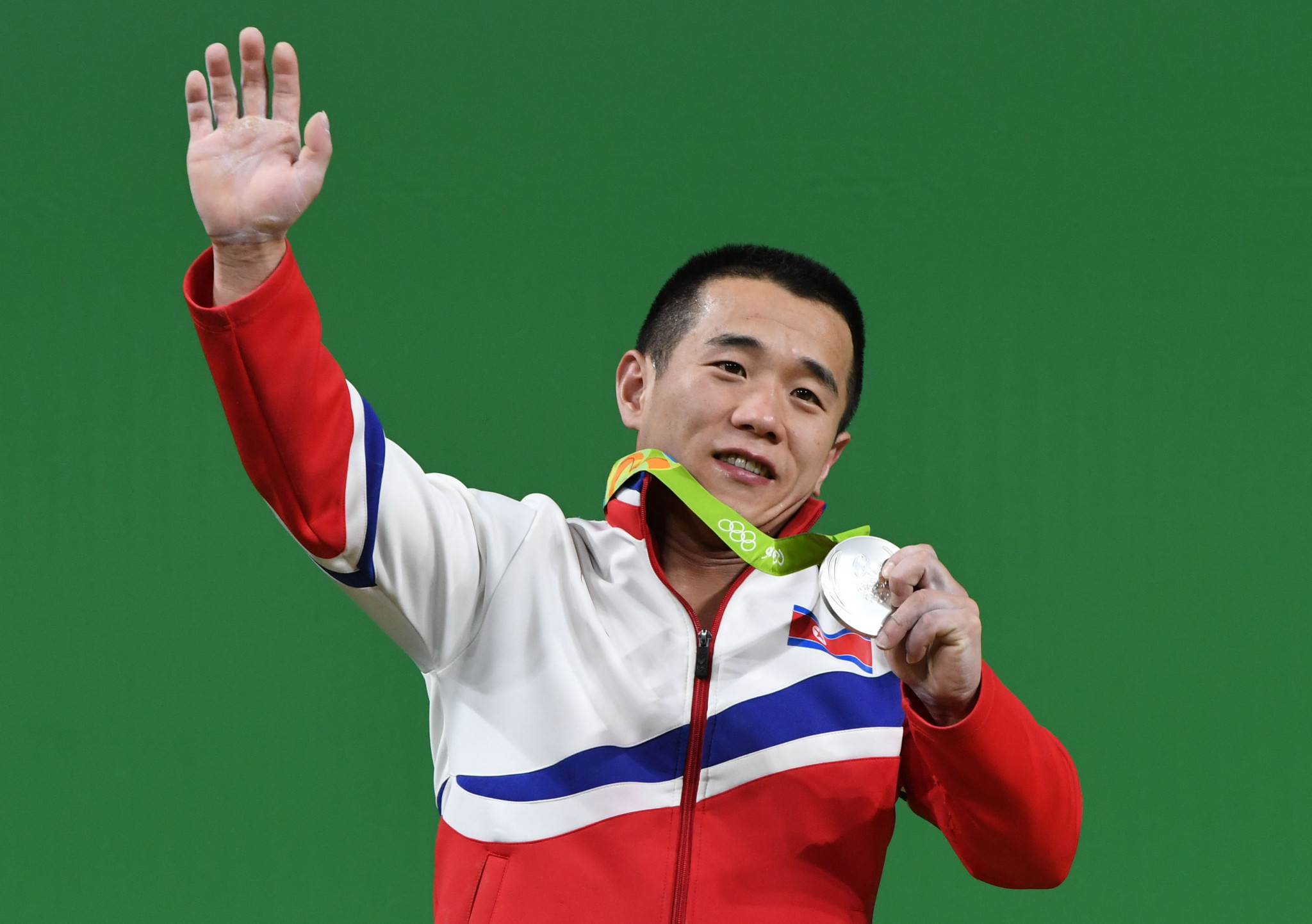 North Korea has not entered a team for the biggest event on this year’s weightlifting calendar – and has passed up a chance to register its greatest sporting triumph on American soil.

The International Weightlifting Federation (IWF) has been given no explanation by North Korea for their decision not to attend the IWF World Championships in Anaheim, California, from November 28 until December 5.

It is thought that the bad relationship between United States President Donald Trump and North Korean leader Kim Jong-un is the reason for North Korea staying at home.

The North Koreans are also said to be unhappy about losing the right to host the 2018 IWF Junior World Championships.

Because of the political situation, those Championships were awarded instead to Uzbekistan last month.

North Korea was expected to finish top of the medals table in Anaheim as it had lifters ranked Number 1 in seven weight categories, after the removal of lifters from the nine nations which have been banned for a year for multiple doping offences - China, Russia, Kazakhstan, Ukraine, Armenia, Belarus, Azerbaijan, Moldova and Turkey.

Iran, another of Trump’s least favourite nations, will now be among the favourites to top the medals table.

North Korea has had more success in weightlifting than in any other sport in recent years, with five gold medals in the past three Olympic Games, plus a number of world champions and world record-breakers.

She would have been one of the strongest favourites for victory in Anaheim, along with Om Yun Chol in the men’s 56kg.

With so many athletes ranked at or near the top, North Korea had an outstanding chance to top the medals' count for the first time in any sport at a world championships.

One of the beneficiaries of the North Koreans’ absence is Clarence "CJ" Cummings, the 17-year-old American in the 69kg category.

In the women's over 90kg, another American, Sarah Robles, is equal top of the revised rankings after the removal of North Korea's Kim Kuk -hyang.

The top two in the revised rankings were North Korean, and Cummings is within 5kg of the new Number 1, the Tunisian Karem Ben Hnia.

The last time North Korea failed to send a team to the IWF World Championships was in 2009, when they were hosted by the nation’s arch-enemy South Korea, in Goyang.

Phil Andrews, chief executive of USA Weightlifting, said: “We are disappointed to not see an entry from DPR Korea.

“As a leading team in weightlifting, they had an opportunity to do exceptionally well in Anaheim.

“However, with many top nations still sending their full team, we are excited about the upcoming Worlds.”