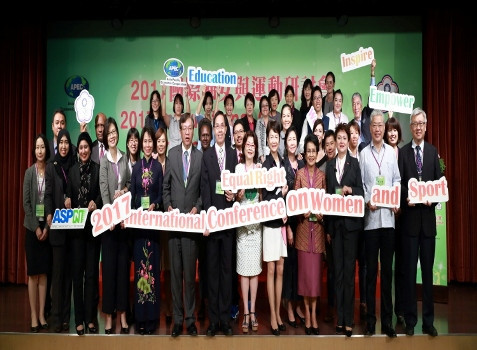 Over 200 delegates from the athletic and academic fields and the country's Government attended the fourth such event since it was founded in 2011.

A display was given by a women's gymnastics team from the host country, who won a silver medal at this year's Summer Universiade, which was held in Taipei.

Fong-Chi Chu, an Executive Board member who chairs the Women and Sport Commission of the CTOC, welcomed delegates, while CTOC President Hong-Dow Lin praised the contribution of the women's sports leaders in organising the conference.

Chinese Taipei sent 57 athletes, 31 women and 26 men to Rio 2016, the third Olympics at which there were more women than men representing the island country.

The country's three medallists, one gold and two bronze, were the women's archery team, led by Tan Ya-ting, who eventually finished among the top eight in the individual recurve, and weightlifters Kuo Hsing-chun in the women's 58 kilogram category, and Hsu Shu-ching, who upgraded her silver from London 2012 to a golden finish in the women's 53 kg category.