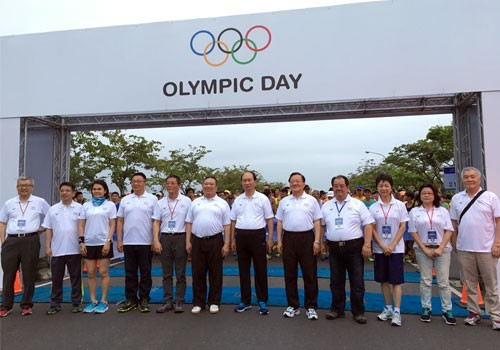 More than 6,000 people took part in the event at Yilan Sports Park.

It was an early celebration of Olympic Day, which takes place around the world on June 23.

The day commemorates the birth of the modern Olympic Games in 1894 at the Sorbonne in Paris.

It is used as a global celebration of the Olympic Movement, which seeks to promote fitness, well-being, culture and education through the three Olympic Day pillars - move, learn and discover.

CTOC President Hong-Dow Lin was among those to attend the event.

Races included a half-marathon, a 10 kilometre run and a 3km fun run.

The theme of the day was "30 years of glory, begin from the heart".

Various other activities were also in place to mark the 30th anniversary of the run and Olympic spirit.

CTOC has pledged to continue to promote Olympisim and Olympic values by organising other events and activities.