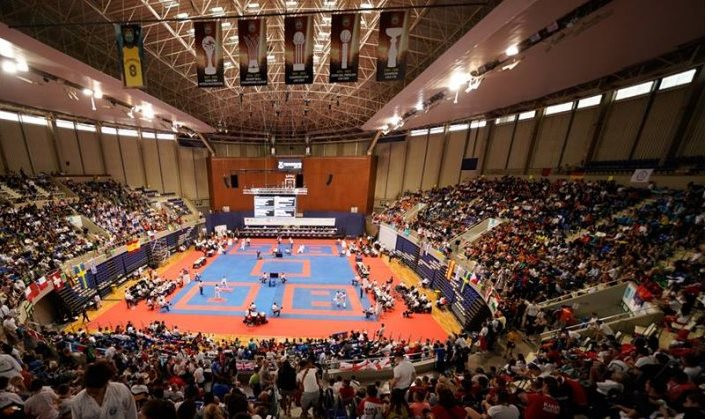 Salma El Shafi was among the trio of Egyptian winners at the Sports Hall Santiago Martin, beating Turkey’s Damla Ocak 2-1 in the women’s under-53 kilograms final.

There was also success for the nation through Salama Ahmed Reem and Abdelgawad Abdalla Hesham in the women’s under-48kg and men’s under-68kg categories respectively.

"I am so happy right now," Ahmed Reem said.

"I am very proud to bring this victory to my country."

A golden day for Egypt ended with victory in the kata team cadet and junior women’s competition, shocking favourites Spain to win the final 3-2 on a split decision.

"I am so proud of all of them," Egyptian Karate Federation President Ayman Abdelhamed Farghaly said when reflecting on the country’s success.

"We came here to compete in order to demonstrate WKF’s success in raising the level of karate.

"It is great to know that karate is progressing so much in countries like mine and I hope that we will see Egyptian athletes in Tokyo 2020."

Kazakhstan was the one other nation to win multiple titles today with athletes triumphing in the women’s over-59kg and men’s under-61kg finals.

There were also gold medals for the likes of Italy’s Matteo Landi, who upset Indonesia’s Mukti Wahyu 4-3 in the men’s under-55kg final, and Luxembourg’s Kimberly Nelting, a split-decision victor over Bulgaria’s Ivet Goranova in the women’s under-59kg final.

Rikito Shimada became Japan’s fourth winner at the event with a 2-0 win over Iran’s Majid Nikohemmat in the men’s over-76kg final.

The competitors in the junior kumite categories are the karatekas who will fight to qualify for the 2018 Summer Youth Olympic Games in Argentina's capital Buenos Aires.

Action in Tenerife is due to continue tomorrow when the cadet and under-21 categories take centre stage.