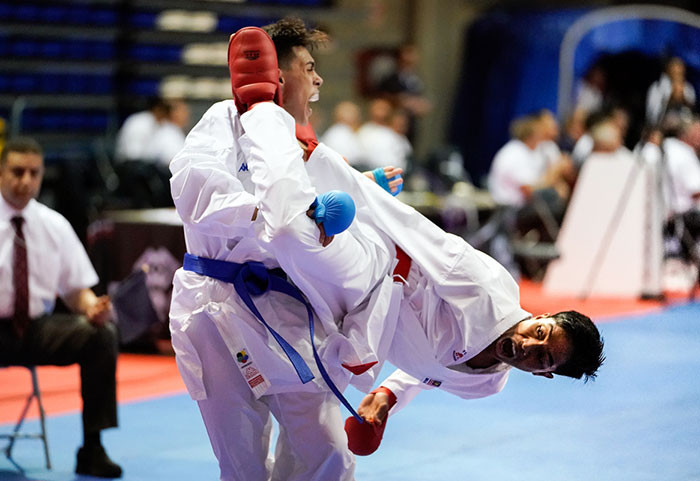 Egypt booked their place in three junior kumite finals as action continued today at the World Karate Federation Cadet, Junior and Under-21 Championships in Tenerife.

Two of the Egyptian finalists were women, with Salama Ahmed Reem and Salma El Shafi progressing through the under-48 kilograms and under-53kg draws respectively.

She will go onto face Azerbaijan’s Fidan Teymurova, who defeated the United States’ Madison Malone 3-0 in the other last-four encounter.

El Shafi advanced to the under-53kg final with a 3-1 win over Japan’s Airi Shima.

Standing between her and the gold medal is Turkey’s Damla Ocak, who edged Portugal’s Tania Barros in the penultimate round.

Egypt’s other finalist is Abdelgawad Abdalla Hesham after he reached the men’s under-68kg gold medal match with a 3-0 victory over Kazakhstan’s Abilmansur Batyrgali.

Italy’s Rosario Ruggiero is also through to the final having narrowly overcome Turkey’s Eren Akkurt.

The clash between Japan's Rikito Shimada and Iran’s Majid Nikohemmat at over-76kg completes the list of finals.

All medal bouts are scheduled for tomorrow.

The competitors in these categories are the karatekas who will fight to qualify for the 2018 Summer Youth Olympic Games in Argentina's capital Buenos Aires.