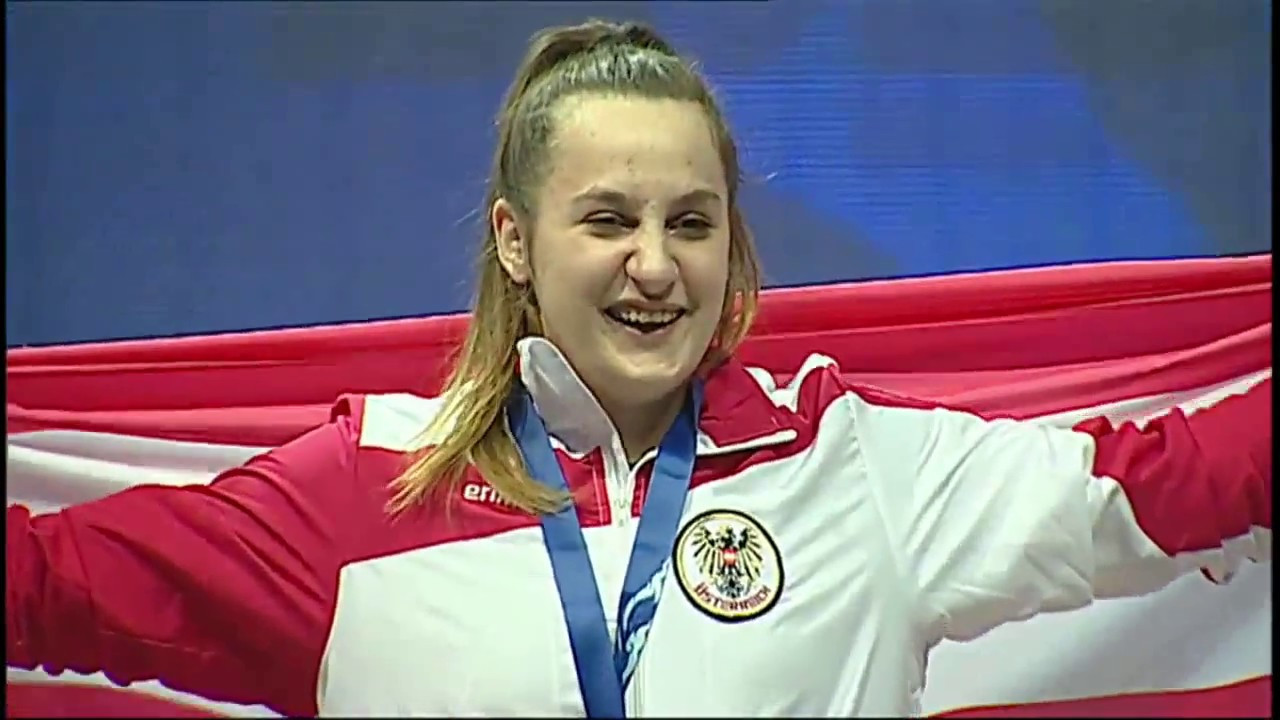 Armenia won two gold medals and also played a part in helping Austrian teenager Sarah Fischer to an impressive silver on the penultimate day of the European Junior and Under-23 Championships here tonight.

In the women’s Junior 90 kilograms, Fischer, 16, was beaten only by the Ukrainian 75kg lifter Anastasiia Shyshanova, who made a very late switch to the heavier category.

"I think she changed because she knew she could not beat Sona Poghosyan from Armenia in the 75kg," said Fischer, who should know as she recently spent two weeks in training camp with the Armenian team.

One of Austria’s top lifters, Sargis Martirosian, is originally from Armenia and used his contacts to find places for three Austrians at the camp.

Fischer benefited from the top-level coaching - there are no professional coaches in Austria - and registered a personal best in the clean and jerk for a total of 220kg, two kilograms behind Shyshanova and three kilograms ahead of Poland’s Kinga Kaczmarczyk.

With seven nations banned from the senior European Championships next year Fischer, a silver medallist this year at the Youth World Championships, could have a chance of a medal, along with Anna Vanbellinghen from Belgium.

"Many nations will think they have a chance and send all their athletes," said Fischer, "so it will be difficult, and I will be happy to place in the top five."

Vanbellinghen, 23, finished third in the under-23s on 221kg, behind the very easy winner Anastasiia Hotfried of Georgia on 263kg, with Armenia’s Tatev Hakobyan,on 228kg, second.

Armenia’s winners were both in the under-23s, Andranik Karapetyan at 85kg, and Karush Ghukasyan at 94kg.

They should win at least two more golds on the final day, by over 105kg favourites Simon Martirosyan, in the Juniors, and Gor Minasyan in the under-23s.

Georgii Kuptsov of Russia failed with his final attempt to leave Ghukasyan in front at 94kg, with the Latvian Vadims Kozevnikovs third.

The British-Armenian Edmon Avetisyan made a personal best, by eight kilograms, in the clean and jerk only to see Kozevnikovs edge ahead of him with his last lift.

The finishing order in the under-23 women’s 75kg was Mariia Petrova of Russia, with six out of six for 236kg, Darya Naumava from Belarus with 225kg and Germany’s Tabea Tabel  216kg.