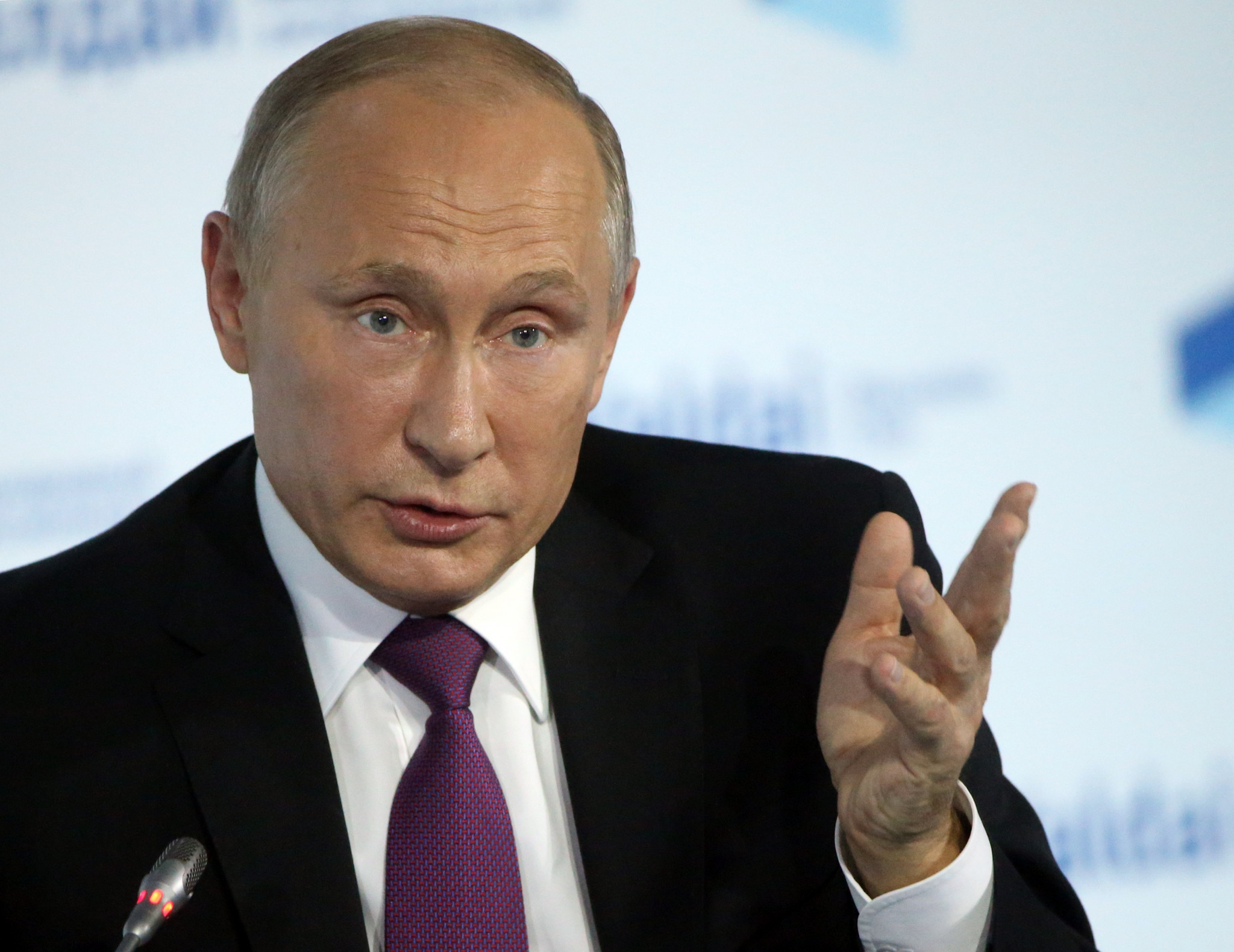 Vladimir Putin has accused the United States of putting "strong pressure" on the International Olympic Committee (IOC) to prevent Russia from taking part in next year's Winter Olympic Games in Pyeongchang.

The Russian President was speaking at a conference in Sochi in which he claimed IOC sponsors are receiving "unambiguous signals" from American institutions to act in a certain way.

His comments follow criticism over the slow speed at which two IOC-commissioned panels have conducted their respective investigations into evidence of "institutional" Russian doping and sample tampering at the Sochi 2014 Winter Olympics.

It is still possible that the world's largest nation could receive some sort of collective punishment restricting their participation at the South Korean Games.

"We are seeing that the IOC is under strong pressure," Putin was reported as saying by Reuters.

"It relies on advertisers, TV channels, sponsors, and so on.

"And these sponsors are receiving unambiguous signals from certain American institutions."

Putin's spokesman Dmitry Peskov clarified that he was referring to “state [bodies], including through social and non-government organisations”, with clarifying precisely which ones.

US Biathlon President and International Biathlon Union vice-president Max Cobb and United States Olympic Association chief executive Scott Blackmun are among those to have called for a speedier resolution in recent days.

Cobb described the delays as "completely unacceptable" while Blackmun believes that "at some point, justice delayed is justice denied, and we are fast approaching that point".

US Anti-Doping Agency chief executive Travis Tygart, the official who spearheaded the doping investigation into American cyclist Lance Armstrong, is among those to have repeatedly called for Russian athletes to compete under a neutral flag in Pyeongchang rather than under their own one.

It comes after reports, denied by the IOC, that they are already planning to issue Russia with a fine rather than any restriction on participation.

It was initially hoped that the IOC would be able to make a final decision early this year, but, after repeated delays, the latest deadline of the start of the winter season in October now seems unlikely to be met.

A letter sent by IOC President Thomas Bach to sports leaders on October 18, seen by insidethegames, emphasised that the delays are unavoidable due to the need to establish a legally-binding method to prove that Russian urine samples were illegally tampered with at their home Games.

"As I have said many times, I hope that the IOC Executive Board will still be able to take a decision this year because none of us want this serious issue to overshadow the Olympic Winter Games Pyeongchang 2018," Bach said.

"But of course, we have to respect the need of the two Commissions for a fair procedure that will withstand legal challenges."

The World Anti-Doping Agency (WADA)-commissioned McLaren Report last year concluded that up to 15 home medal winners in Sochi benefited from the illegal tampering of urine samples.

It is not just figures from the US who have called for stricter and speedier Russian punishments.

Outgoing German Athletics Federation President Clemens Prokop has today criticised the IOC decisions over Russia and claimed that there is too much global inconsistency over the way different countries treat doping.

He told the Rheinische Post that WADA should be given more power to decide over who should be able to participate at the Olympics over the head of the IOC.

Russian officials, however, are continuing to claim that an "Anglo-Saxon lobby" is responsible for politically-driven allegations.

The IOC, however, opted to prioritise "individual justice" over "collective responsibility" and only ratified eligibility decisions made by International Federations.

Many figures criticised this decision for being an overly weak response, pointing out how Bach and the IOC were prioritising their political relations with Russia over a firm anti-doping gesture.

Others supported it and claimed clean Russians should not be punished for the fault of a few.

Grigory Rodchenkov, the former head of the Moscow Laborary who subsequently moved to the US and provided much of the evidence for the McLaren Report, has blamed Putin himself for demanding improved Russian performances in Sochi - at whatever cost.

This has been strongly denied in Russia, however, although Putin has publicly encouraged changes within the country's sporting infrastructure to improve their drugs testing systems and ensure that the Russian Anti-Doping Agency is declared re-compliant with WADA.