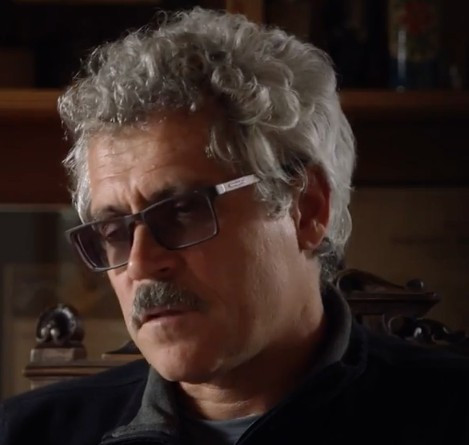 Former Moscow Laboratory director Grigory Rodchenkov has urged sports authorities not to "sweep Russia’s transgressions under the rug" and called for strong sanctions for the doping regime he helped engineer.

Rodchenkov claimed that, "at a minimum", the International Olympic Committee (IOC) should require that Russian athletes be "subject to independent, stringent testing" during the Winter Olympic Games in Pyeongchang next February.

They must also "compete not for their country but as neutrals".

Rodchenkov, currently part of the witness protection programme in United States, provided evidence which formed the centrepiece of last year's World Anti-Doping Agency (WADA)-commissioned McLaren Report that alleged up to 15 home medal winners at the 2014 Winter Olympics and Paralympics in Sochi benefited from the illegal tampering of urine samples.

Writing in an editorial published in the New York Times, Rodchenkov also claimed that only one of the two IOC-commissioned investigations set up to probe Russia has so far asked for his evidence - and that was only in the last two weeks.

He also disputed the view, prevalent in Russia and also voiced in IOC circles in recent weeks, that he was the mastermind behind the doping programme seen at Sochi 2014 and elsewhere, instead blaming former Sports Minister Vitaly Mutko, now the country's Deputy Prime Minister.

"If anyone believes I could have done all of this without the Sports Minister’s knowledge and support, they know nothing of Russia," Rodchenkov wrote.

"Let me be clear: Mr. Mutko knew about, and was critical to the success of, Russia’s doping programme.

"The very fact that Russia is pursuing criminal charges against me - and only me - for misusing my position tells one everything they need to know: This is a witch hunt, and I am the witch."

He did, however, express his regret for his involvement in the doping programme.

"I apologise to everyone I disappointed by helping Russia cheat," he said.

"When senior officials in Russia direct you to do something, you do not ask questions - I had no choice."

Rodchenkov claimed that he left Russia two days after a "friend within the Government" warned him that his "suicide" was being planned.

Rodchenkov later helped filmmaker Bryan Fogel make Icarus, a film which helped uncover the extent of the problem of doping in Russia.

Rodchenkov also urged WADA against dropping its requirements that Russia accept responsibility for its state-sponsored doping programme and hand over all its evidence at an Executive Committee meeting on Sunday (September 24) in Paris.

This, he claimed, would be an "ominous turn in the battle for clean sports competition".

"If the IOC and WADA do not enforce the anti-doping agency’s own reform programme for Russia, clean athletes everywhere will continue to suffer unfair defeat," Rodchenkov concluded in the New York Times.

"At a minimum, the IOC should require that Russian athletes be sequestered during the Games and subject to independent, stringent testing, and compete not for their country but as neutrals as punishment for Russia’s transgressions.

"My conscience is now clean, after having cooperated with international anti-doping authorities, although my future is uncertain.

"I will continue to press for reform, give truthful testament about Russia’s misdeeds, and help protect clean athletes against the cheats.

"I owe them that.

"I hope the IOC and WADA embrace that same commitment, and refuse to sweep Russia’s transgressions under the rug.

"The world - and many thousands of clean athletes - are watching."

The claim it is "pure speculation" that it has already been decided that Russia will not be banned from Pyeongchang 2018 and instead be let off with a heavy fine.

This theory gathered pace after an Olympic Charter change approved at last week's IOC Session in Lima permitting fines to be handed out to athletes and teams for doping and competition manipulation.

The IOC claimed this amendment is "only a clarification which started to be prepared already about two years ago" with the aim of given them "more flexibility with regard to the scope of sanctions available especially towards individuals".

They also pointed out that the IOC had "already the option for financial sanctions" and had fined the Austrian Olympic Committee $1 million (£740,000/€830,000) for "anti-doping manipulations" at the 2006 Winter Olympics in Turin.

It was later clarified that the Austrian example was not a straight fine but a "suspension from receiving or applying for any grants or subsidies, whether direct or indirect, from the IOC in the amount of $1 million".

The IOC's Schmid investigation is attempting to prove that samples were manipulated in Sochi while also discovering who is to blame within Russia for the doping problems.

There has been no indication that they are planning to talk to specific athletes or demand Russia disclose evidence, such as of tainted urine samples or data for its lab equipment.

insidethegames understands that they have found no evidence  so far directly linking Mutko to the programme.

The other IOC investigation, headed by new IOC Executive Board member Denis Oswald, is looking at the cases of individual Russian athletes at Sochi 2014 and planned to speak to them as part of disciplinary proceedings.