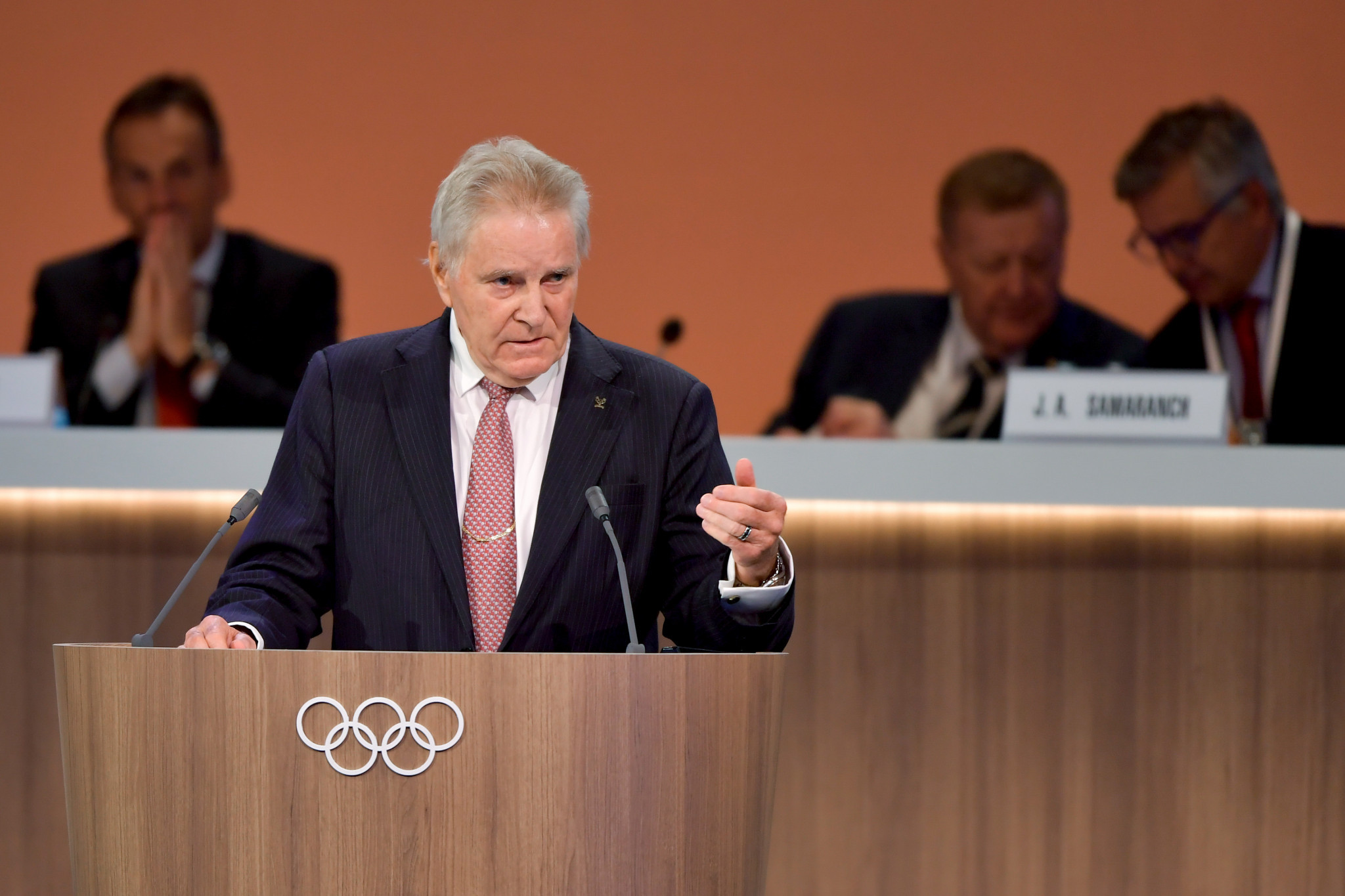 International Olympic Committee (IOC) Executive Board member Denis Oswald has revealed his Commission is aiming to complete crucial athlete hearings by the end of next month as the wait continues for final verdicts from two investigations into alleged institutionalised doping in Russia.

Oswald, chair of the Commission, also sought to explain the reasons behind the delay in the publication of the results being used to help establish the extent of Russian participation at Pyeongchang 2018, in a letter sent to IOC Athletes' Commission chairperson Angela Ruggiero.

In the letter, obtained by insidethegames, Oswald claimed they are "aiming to have all hearings completed by the end of November 2017, with a priority for active athletes with upcoming competitions".

It had originally been claimed the Commission hoped to complete their work by the end of October.

The hearings will allow athletes implicated in the McLaren Report and identified by the IOC Commission to defend themselves in front of the group.

Other members of the Commission include IOC vice-president Juan Antonio-Samaranch and Frenchman Tony Estanguet, deputy chairperson of the Athletes' Commission.

Oswald's admission that the hearings will not be finished until the end of November could, however, mean that there may be further delays in the announcement of his Commission's findings.

It also suggested claims that his investigation will be finished by the start of the winter season are premature.

He said that hearings on a "number of cases" have been scheduled and their "particular focus" was on the six Russian cross-country skiers.

They have been identified as Olympic champion Alexander Legkov, Evgeniy Belov, Alexey Petukhov, Evgenia Shapovalova, Maxim Vylegzhanin and Julia Ivanova, whose provisional suspensions run out at the end of this month.

"We aim to make announcements of the outcome of the hearing and resulting decisions as soon as possible after each individual hearing, rather than wait until the final cases are heard," Oswald wrote.

The Swiss, whose Commission is looking at the cases of individual Russian athletes at Sochi 2014, specifically on the claims that samples submitted by home athletes during the Games were illegally replaced with fake ones, wrote they have nearly completed forensic analysis of "abnormal levels of salt in the samples and scratches on the bottles".

They are seemingly using the same procedures as the Schmid Commission, attempting to prove that samples were manipulated in Sochi while also probing who is to blame within Russia for the doping problems, to test samples for conclusive evidence of tampering at the University of Lausanne.

This process has not yet been finished, meaning results will probably be delayed due to the reliance on similar testing.

"Ideally, the hearings will be completed in time to allow the respective International Federations to use the evidence and decisions of our cases in taking any appropriate resulting actions to suspend athletes prior to those athletes taking part in competitions in the winter season," Oswald wrote.

The cases will then be passed on to the relevant International Federations, who will decide whether or not to suspend the athletes involved.

In the letter, Oswald claimed the Commission has been "very conscious of the urgency of moving forward quickly following the publication of the final McLaren Report in December 2016" and "equally the need for the work to be completed and resulting decisions as far as possible ahead of Pyeongchang 2018".

There is mounting criticism of the amount of time the two IOC investigations are taking to produce results.

International Biathlon Union vice-president for sport Max Cobb told insidethegames that the delay in the publication of the two reports was "completely unacceptable" and the work could have been finished six months ago.

Oswald has again insisted, however, that the complexity of the cases and the evidence presented is the reason behind the delay.

His letter also showed the IOC Commission are awarde the delays are not ideal with next year's Winter Olympic Games due to open in Pyeongchang in 114 days on February 9.

He has previously claimed full decisions will be made "one or two months" before Pyeongchang 2018.

"Our Commission has done its utmost to move things forward as quickly as possible, but the task has not been easy in both establishing a methodology in an area in which there are no established protocols and then moving through the necessary scientific analysis of each individual sample in a which would withstand legal challenge," Oswald wrote.

"We fully understand the importance of the work of our Commission in providing a fair process, but equally in building credibility and fostering the trust of athletes in the actions being taken regarding the contents of the McLaren Report and reports of doping issues with Russian athletes at Sochi 2014.

"I would like to reassure you and the athlete community that we are doing or utmost to conclude these cases for the protection of clean athletes and the integrity of sport."