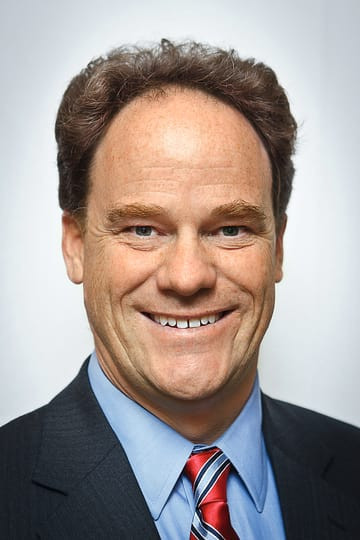 The delay in the completion of two International Olympic Committee (IOC) investigations into alleged institutional doping in Russia is "completely unacceptable" for the athletes, International Biathlon Union (IBU) vice-president for sport Max Cobb has claimed.

Cobb, elected an IBU vice-president last year, told insidethegames he believes the work of the Schmid and Oswald Commissions could have been completed six months ago.

Conclusions drawn by both of the probes will be used to ascertain to what extent the world's largest country participates at the 2018 Winter Olympic Games in Pyeongchang in February.

But both are yet to be completed with the Games less than four months away, leading to criticism from Cobb and other officials about how long the process has taken.

United States Olympic Committee (USOC) chief executive Scott Blackmun said at the organisation's Assembly in Colorado last week that "the time for action is now" and warned "justice delayed is justice denied, and we are fast approaching that point".

"I'm proud of Scott and Larry talking straight to the issues that we are all concerned about," American Cobb told insidethegames.

"With regard to the IOC investigation into the doping crisis at Sochi, my personal opinion is that the delay is completely unacceptable for our athletes.

"There is no doubt that top forensic experts could have completed the work six months ago.

"That would have built trust with the athletes."

The work of the Oswald Commission, led by IOC Executive Board member Denis Oswald and looking into the cases of individual Russian athletes at Sochi 2014, has been praised, however, by a law firm which is defending two Russian cross-country skiers implicated in the McLaren Report.

Wieschemann, defending Yevgeny Belov and Aleksandr Legkov - both of whom have been provisionally suspended - admitted they would have "appreciated a previous completion" of the Oswald probe but welcomed the "diligence" of the investigation.

Olympic champion Legkov and Belov are facing hearings with the Oswald Commission later this month, with their provisional suspensions due to expire on October 31.

"We believe that Thomas Bach and the IOC's path not to decide without a secure factual basis on possible sanctions against Russia and a possible exclusion from the Olympic Winter Games 2018 in Pyeongchang is right," the Bochum-based firm said in a statement.

"We also expressly welcome the diligence of the disciplinary commission led by Denis Oswald in the search for evidence of the guilt or innocence of individual athletes.

"The fact that the Oswald Commission has complied with its commitment to hold the hearing before the expiry of the provisional suspension on October 31 is an expression of fairness to the athletes involved and to the International Ski Federation."

Oswald defended his work so far at the IOC Session in Lima last month and claimed full results would be released "one or two months" before Pyeongchang.

The Swiss said his Commission was "working as quickly as we can" and that they had "not been sleeping".

The IOC's Schmid investigation is attempting to prove that samples were manipulated in Sochi while also probing who is to blame within Russia for the doping problems.

A process is currently underway to test samples for conclusive evidence of tampering at the University of Lausanne, but it has been delayed due to the complex nature of the required analysis.

The IOC have repeatedly expressed hope that the investigations would be finished by "the start of the winter season" this month.

They claim that no decision will be made on Russia until after the Schmid and Oswald reports are completed.

They have dismissed suggestions it has already been decided that Russia will not be banned from Pyeongchang 2018 and instead be let off with a heavy fine as "pure speculation" .

This theory gathered pace after an Olympic Charter change approved at the Session, which permits fines to be handed out to athletes and teams for doping and competition manipulation.

The IOC claimed this amendment is "only a clarification which started to be prepared about two years ago".

It is expected that a final decision will be made by the Executive Board rather than the full membership.

"A test, which can stand in court, did not exist and the experts of the Forensic Department of the University of Lausanne were entrusted to develop such an analysis," the IOC said in a statement.

"After the publication of the final McLaren Report in December 2016, they worked together with the company producing the bottles and the experts Professor McLaren has worked with, for several months to develop a methodology which then had to be validated which was done mid-July 2017.

"Afterwards specialised staff had to be trained and the first analyses were able to begin.

"This forensic expert analysis takes a long time. Only a limited number of bottles can be reanalysed per day.

"The analysis is essential to demonstrate the existence of manipulation of individual samples."