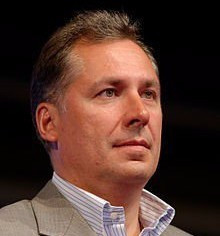 The Russian Olympic Committee (ROC) has spent around one billion rubles (£13.2 million/$17.4 million/€14.8 million) on the country's preparations for Pyeongchang 2018, an official has claimed, despite uncertainty over the extent of their participation in South Korea.

The delay in the completion of two International Olympic Committee (IOC) investigations into alleged institutional doping in Russia has left doubt over the extent of whether Russia will even be able to compete at Pyeongchang 2018.

Conclusions drawn by both the Schmid and Oswald investigations will be used to decide to what extent the world's largest country will participate or not at the Winter Olympic Games from February 9 until 25 next year.

The IOC opted only to rubber-stamp decisions made by individual International Federations over Russian eligibility at Rio 2016.

ROC First Deputy President Stanislav Pozdnyakov has claimed the country's build-up for Pyeongchang 2018 has been unaffected.

"Preparations for the 2018 Olympics are proceeding as expected, but with traditional problems that invariably accompany such large-scale events," Pozdnyakov said, according to official state news agency TASS.

"We’ve spent about one billion rubles on preparing the national teams.

"The ROC has coped with all of its commitments so far.

"We will help our Federations make a decent performance."

The IOC have repeatedly expressed hope that the Schmid and Oswald investigations would be completed by the "start of the winter season" in October.

"The time for action is now," Blackmun said in an address to the USOC Assembly.

"But at some point, justice delayed is justice denied, and we are fast approaching that point."