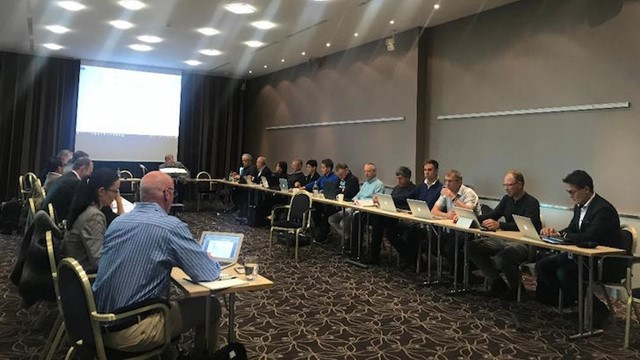 This was decided at a meeting in Zurich at which the calendar for the next two seasons was also finalised.

Under previous rules, those ranked in the top 10 of the overall World Cup standings were pre-qualified for the following event.

This gave them the opportunity to miss qualification rounds and compete only in the final.

Every competitor in the qualification will now be required to finish in the top 50 in order to be allowed to participate in the final.

The men's World Cup season will start in Wisla, Poland, on November 18 and continue until a leg in Planica, Slovenia, on March 25.

The corresponding women's campaign, meanwhile, will begin with a new event - the Lillehammer Triple - taking place between December 1 and 3.

A new event has also been envisaged for the 2018-2019 season, taking place in Russia.

Two women's competitions will be held in Nizhny Tagil and Chaikovsky at which the "overall World Cup winner and the winner of this competition series, which has not been named yet, will be crowned".

It comes as deliberations continue over the extent of Russian participation at the Pyeongchang 2018 Winter Olympic Games.

Following the release of the McLaren Report in July, which alleged the presence of a state-sponsored doping scheme in Russia, in place at flagship events such as the 2014 Olympics and Paralympic Games in Sochi, the International Olympic Committee asked Winter Federations to freeze preparations for any competitions in the scandal-hit nation.

This included World Championships, World Cups and "other major events under their responsibility".