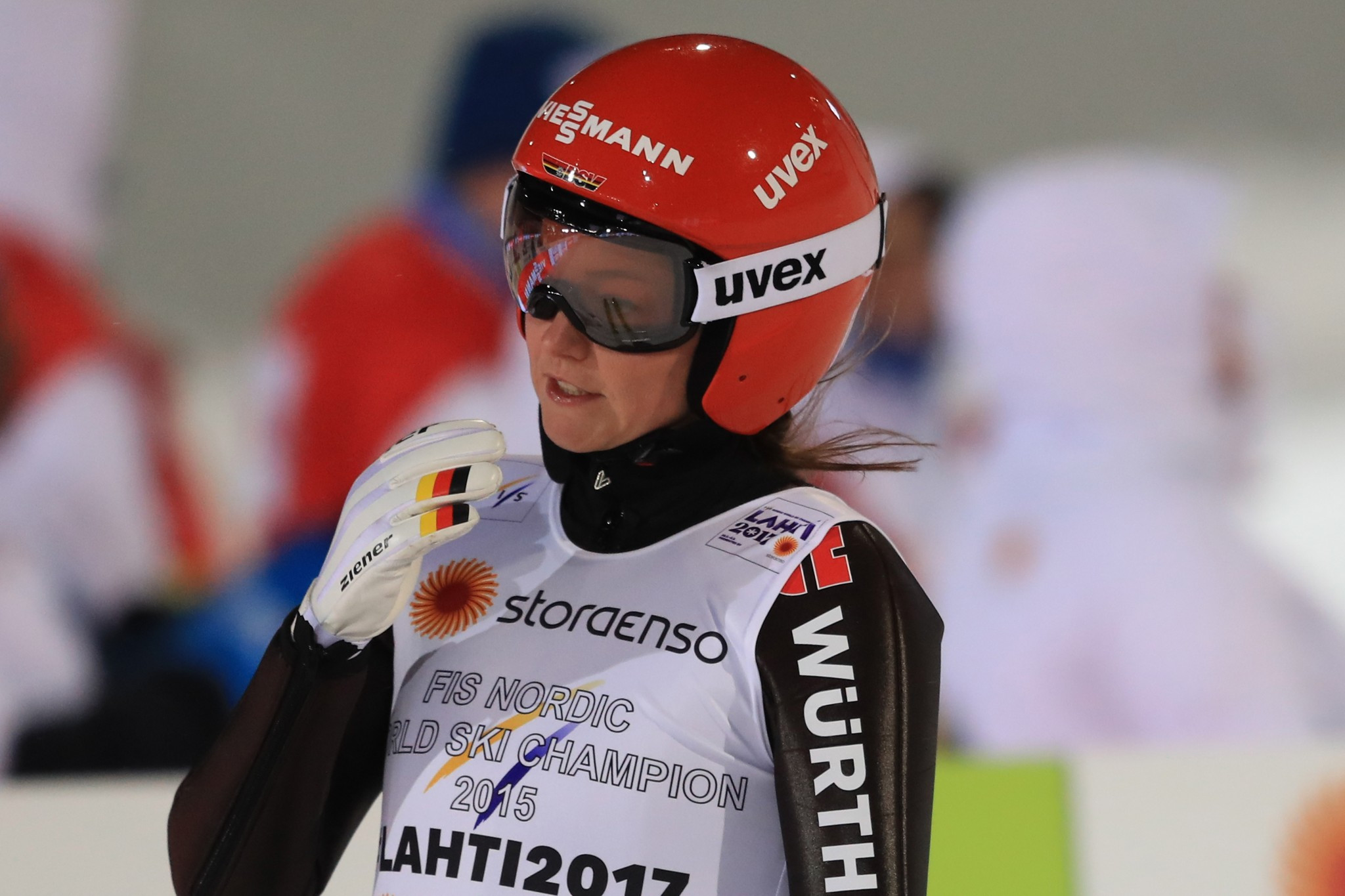 The German, the Sochi 2014 individual gold medallist, fell while training for the summer Grand Prix event in Courchevel.

She twisted her knee with her preparations for the Pyeongchang 2018 Winter Olympic season suffering a blow.

"I fell during a training session before the Grand Prix in Courchevel and twisted my knee," said Vogt.

"So close before the competition, this is of course very annoying.

"On the other hand it could have been a lot worse.

"I will now be forced to take a break for a couple of days and then I'll focus on the rehabilitation and the preparation for the upcoming Olympic season."

Germany's team doctor Florian Porzig said Vogt had suffered a severe strain of her knee joint but surgery would not be necessary.

"This injury can be treated conservatively with immobilisation," he said.

"In a few days Carina will already be able to start the rehabilitation programme."

She was fifth on the International Ski Federation World Cup circuit last year.

Her best World Cup performance is second overall during 2013-2014.

"Carina Vogt was jumping on a very high level recently and she was in an outstanding shape, but as the tests showed in could have been a lot worse.